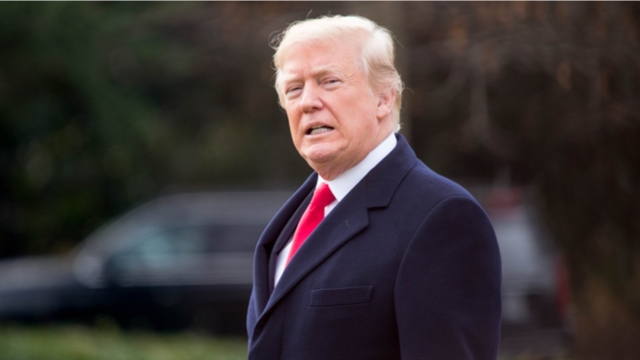 President Donald Trump has been talking a yuge game about his “Fake News Awards.” And it turns out that – despite many people’s skepticism – they’ve actually happened.

But there’s just one tiny hiccup – it’s been very difficult to access the page announcing the winners.

A quick refresher: Trump first announced these awards on Twitter on January 7:

I will be announcing THE MOST DISHONEST & CORRUPT MEDIA AWARDS OF THE YEAR on Monday at 5:00 o’clock. Subjects will cover Dishonesty & Bad Reporting in various categories from the Fake News Media. Stay tuned!

He then, in true Trump fashion, changed the date of said awards to today, the 17th:

Five o’clock came and went, leaving many to wonder whether the president had told another one of his many lies and there were actually no fake news awards, but lo and behold, they did arrive a few hours later.

As of this writing, the link to the awards – hosted on the GOP’s home page, no less – has been working only sporadically.

The link for Trump’s THE MOST DISHONEST & CORRUPT MEDIA AWARDS OF THE YEAR is broken, but Fox News has a one-sentence story on it, says NYT topped the list pic.twitter.com/5ZwOOGffdJ

Trump's constant repetition of the term "fake news" is what makes it so powerful and so poisonous. https://t.co/6pb6jnjGHF

Looks like the Fake News Awards were Fake News. Which means they won.

This 404 error has really cheapened the spirit of the Fake News Awards.

When you send out the Fake News Awards but it’s a broken link pic.twitter.com/B28rgGv4I4