Media Twitter Mocks Trump For Leaving Them in Limbo on the Fake News Awards: ‘Never a Real Thing’ 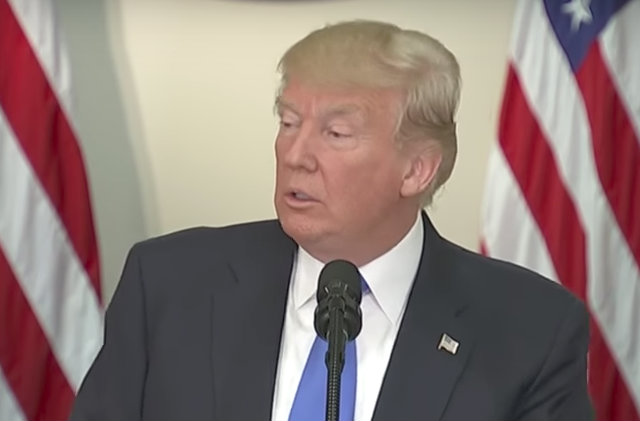 Media Twitter is starting to wonder. President Donald Trump‘s award show honoring “the most corrupt & biased of the Mainstream Media” was slated to take place on Wednesday. But it’s after 6:00 p.m. ET, and it seems like POTUS might be on the verge of delaying a ceremony he’s already postponed once.

While we wait, here’s a sampling of the media reaction — a media which is clearly skeptical that this thing is going to happen at all.

Wait, what if the "Fake News" Awards are actually the "Fake" News Awards? #FakeNewsAwards pic.twitter.com/ytS007yU54

the fake news awards were inside us all along

That time your fake media awards was never a real thing, so the fake news awards are fake news. pic.twitter.com/UOptIYFvjQ

The Fake News Awards will come right after Trump releases the tapes of his conversation with Comey, and the Obama wiretapp source.

i hate that the Fake News Awards got so political

The White House hasn't responded to any of my questions about the Fake News Awards ?

Did I miss the fake news awards

smh they haven't even released the NOMINEES for the Fake News Awards still scheduled for today, what a mess, this white house can't do anything!

All of us are wondering that over here. It’s almost like he….lied?? https://t.co/BnYcJqxWu3

(On the off chance that this is still on for today, Mediaite will have complete coverage of the Fake News Awards.)