Twitter Rails on Spicer After Resignation: ‘At Least Sean Spicer Will Always Not Have the Vatican’

Twitter Rails on Spicer After Resignation: ‘At Least Sean Spicer Will Always Not Have the Vatican’ 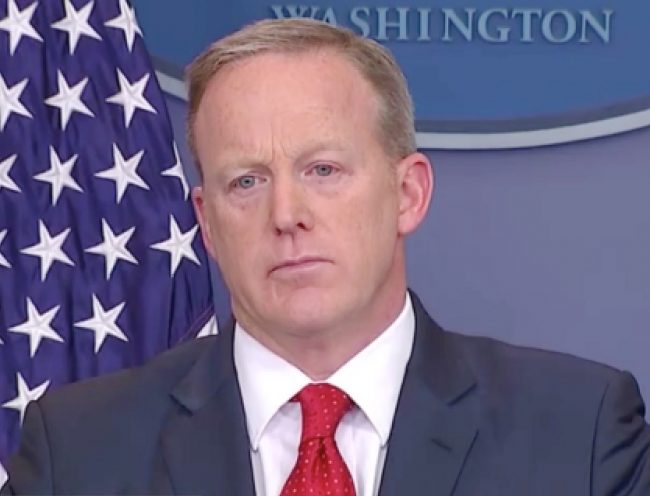 As one would expect, this huge bombshell grabbed a whole lot of attention on Twitter.

Sean Spicer was the most honest press secretary of all time — period!

There was also a request to get Melissa McCarthy and Saturday Night Live on the phone so they can put together a show tomorrow evening:

Someone call Melissa McCarthy and SNL and get them to do an entire show on Spicer tomorrow night. Go. Go. Go.

There was of course speculation that Spicer will now become a TV pundit:

Sean Spicer has resigned, looks forward to being a principled voice as CNN senior commentator.

Going to be hilarious when Spicer lands at CNN

congrats to Sean Spicer on his new gig at CNN

Lol dude you’re going to be bumping into him at the water cooler @CNN (and everyone) is going to be offering Spicer huge contracts https://t.co/IwQtCs6qQO

One of Trump’s biggest far-right supporters was certainly happy about the news, declaring Scaramucci as someone the “base supports”:

Sean Spicer is finally out.

Anthony @Scaramucci is in.

The base supports Scaramucci!

Some found it interesting that Spicer’s red line was Scaramucci coming on board:

Interesting that given everything that has gone on Scaramucci was Spicer’s red line.

Spicer was happy to tell ridiculous lies on national television, but working for Scaramucci was a red line.

Then there was just some plain ol’ mockery coming from all across the political spectrum:

Resist the temptation to feel bad for Sean Spicer.

Apparently Spicer was fine with everything to date except he didn’t like his new boss, so can we not canonize him

If Sean Spicer announces his own resignation, is it true?

Spicer swallowed every slight
And scraped a knee as needed
I told you Trump would shaft you
More Rick advice, unheeded.

I personally think it’s brave for Spicer to finally say he can’t confirm or deny if he is or is not depending on various factors resigning!

At least Sean Spicer will always not have the Vatican.

I won’t believe Sean Spicer resigned until he denies it.

At least Sean Spicer goes out knowing that he was a generation defining punchline.

What’s next for Sean Spicer?