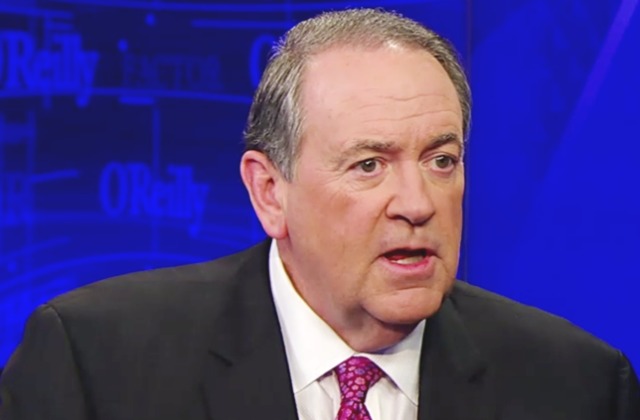 Late Wednesday, President Donald Trump visited the hospital where Congressman Steve Scalise is being treated for a gunshot wound to the hip.

Even the President’s most vocal critics would likely consider this a kind gesture — if one that is expected and all but required of a man in his position.

But former Arkansas Governor Mike Huckabee seemed to think Trump deserved extra credit of some sort. Why? Because he made the visit on his birthday.

On his own birthday, @realDonaldTrump goes to hospital to visit Cong Scalise; his actions match his comments-compassion and leadership.

Twitter called Huckabee out for his fawning praise of the now 71-year-old Trump and his reference to the President’s birthday. Here’s a sampling of the reaction:

What a sacrifice! Trump is usually roaming the halls talking to himself or watching Apprentice reruns.

I’m pretty sure the hospital was on the way to the golf course.

he’s the president-those are actions expected of him. also, a 71 year old man should not expect special treatment on his bday. grow up.

He’s freaking 71 FFS. My Lord how we have lowered the bar of what is “Presidential”

So he did what any normal person would do because he was told to? He’s 71. Stop treating him like a child and rewarding him for the mundane

I’m sure he had the pony rides and bouncy house later. Do you think he’s 6 for crying out loud???

On his birthday he made this courageous move to be driven to a hospital to speak with a person’s wife? Such valor! He’s 71, not 6. Oh wait.

Most people stop caring about their own damn birthday around 22.

What difference does it make that it’s his birthday? Is he 12? He does what any other president would & you want him to be a hero. ?

Ummm I go to work on my birthday every year it falls on a work day. This is not applause worthy, it’s expected. So yay?

You mean like when he spent Mothers Day golfing instead of with his wife and son??