Vindicated: Charges Of A Benghazi Cover-Up No Longer ‘Fox-Induced Hysteria’ 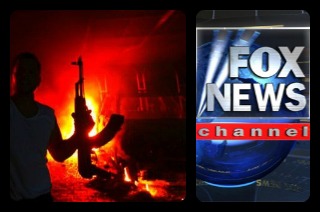 The emergence of a number of whistleblowers who have come forward to refute the claims made by some members of President Barack Obama’s administration relating to the September 11, 2012, attack on an American consulate in Benghazi does not directly implicate the White House in a cover-up. They do, however, demolish the politically-motivated allegations by a slew of commentators on the left who denied that those reporters doggedly investigating the American response to the attack were onto something. Those left-of-center commentators who dismissed the investigation into the Benghazi attack as a right-wing delusion animated by a personal hatred of the president have never looked more vacuous.

An interim report from the House investigation into the administration’s response to Benghazi released in April is particularly damning. The report found that the decision to withdraw security assets from the region is likely to have come from the highest levels of the State Department. The report also found State’s talking points relating to the attack were altered to remove references to Al Qaeda’s involvement. These edits are unlikely to have been made to protect classified information, and may have been made to support the White House’s election year claim that the terror group had been effectively neutralized.

Some of the claims made by the Benghazi whistleblowers support the interim House report’s assertions.

According to a report in Fox News, one anonymous source and deputy coordinator for operations in the State Department’s counterterrorism bureau, Mark I. Thompson, both allege that Sec. Hillary Clinton tried to get the anti-terror agency “out of the chain of reporting and decision-making” on the night of the Benghazi attack. This claim directly contradicts the testimony Sec. Clinton delivered before the House in January of this year.

“What happens when a lie goes astray?” Atlanta Journal-Constitution columnist Jay Bookman asked on November 5, 2012. “You may recall the right wing’s hysteria last week over the way that events had supposedly played out in Benghazi, Libya. Stoked by inflammatory, deeply irresponsible misreporting on Fox News, they insisted that this scandal was bigger than Watergate, and that for his cowardice President Obama would be disgraced as commander in chief and impeached and removed from office should he win a second term.”

On November 27, Bookman continued to celebrate the “utter collapse of the Fox narrative” regarding the Benghazi attack. “For more than two months, the network and those in Washington who follow its lead tried to create a firestorm of controversy regarding Benghazi, but time and again, as facts came to light, each right-wing claim about Benghazi was exposed as false and inflammatory,” Bookman wrote.

“Benghazi has entered the realm of churning, right-wing myth making,” declared Media Matters for America Senior Fellow Eric Boehlert in The Huffington Post on November 2, 2012. “The story has become completely detached from reality, and the twisted narrative feeds off itself with constant misinformation that’s repeatedly presented as ‘fact.’ This process is powered by Fox News and the burning desire within the GOP Noise Machine to portray Obama as a monster who is at war with the United States.”

Obama’s supposedly shameful role in the Benghazi story only confirms everything right-wing voices have hated, and warned followers, about Obama for the last four years: He’s foreign. He’s an other. He’s not like the rest of us.

In this way, Boehlert, and much of the MMFA apparatus, linked the ultimately credible claims about inaction on Benghazi with fevered and baseless attacks on Obama’s heritage levied by fringe and unserious actors on the periphery of legitimate political discourse.

Of course, those invested in the narrative that charges of a cover-up relating to the response to the Benghazi attack are meritless are not backing off that insistence just yet. Mother Jones columnist Kevin Drum charges that the Benghazi whistleblowers may not be honest brokers because Obama himself has said he is not aware of their charges. Furthermore, the fact that the whistleblowers are represented by known conservatives is reason to be suspicious of their claims.

One of the State Department whistleblowers is represented by Victoria Toensing, a longtime Republican operative whose name you might recall from both the Monica Lewinsky and Valerie Plame affairs. Ed Henry of Fox News asked Obama about all this at his press conference on Tuesday, but apparently even the vast apparatus of the West Wing can’t keep up with the latest Republican conspiracy theories on Benghazi. Obama had no idea what he was talking about.

Drum cites author Tom Ricks, who made waves after accusing Fox News of hyping the Benghazi story on a Fox News program, who has taken to the pages of his Foreign Policy Magazine column to refute one whistleblower who insists that American air assets could have responded to the second attack on a Benghazi safe house on the night of the attack. Ricks also insisted in his infamous Fox News appearance that the claims of a cover-up in the Benghazi story “aren’t going to stop [U.N. Ambassador] Susan Rice from being Secretary of State.” While Toensing conflict of interest raises red flags for Drum, Ricks’ political allegiances and obvious motive to save face do not appear to serve as reason for Drum to be skeptical of him.

Beyond Ricks’ own conflict of interest, CBS News’ Sharyl Attkisson‘s reporting has indicated that “The deputy of slain U.S. Ambassador Christopher Stevens has told congressional investigators that a team of Special Forces prepared to fly from Tripoli to Benghazi during the Sept. 11, 2012 attacks was forbidden from doing so by U.S. Special Operations Command South Africa.”

Make no mistake, the narrative that clears the Obama administration from culpability in the failure to save American lives in Benghazi is collapsing.

Extraordinary claims require extraordinary evidence, as the saying goes. Those on the right who would leap to the worst conclusions about the White House’s complacency in the attack on the Benghazi consulate cannot yet point to a smoking gun to support those claims. However, the kneejerk instincts of left-leaning partisans to impart malicious motives to those alleging a cover-up of the details of the Benghazi attack are now grasping at straws. Their politically-motivated objective — the destruction of the credibility of Obama’s opponents in an election year – has been laid bare.