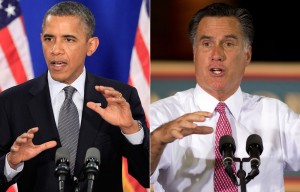 Mitt Romney‘s response to the attack on a U.S. consulate in Libya has drawn widespread criticism from those who believe he shouldn’t have used the incident to put down President Barack Obama‘s policies. On Wednesday afternoon, the Washington Post‘s editorial board echoed that sentiment in a piece entitled, “Mr. Romney’s rhetoric on embassy attacks discredits his campaign.”

In his statement, Romney called the attack “outrageous” and “disgusting.” Offering his condolences to the family and friends of those killed during the incident, Romney said America “will not tolerate” such attacks. On Tuesday night, in response to the U.S. embassy’s statement, Romney criticized Obama administration, saying it’s first response was “to sympathize with those who waged the attacks.”

In fact, the Post said, “the embassy statement was issued before the protests began; referring to an ugly anti-Islam film that was the focus of demonstrators, it condemned ‘those who abuse the universal right of free speech to hurt the religious belief of others.'”

The editorial called it “stunning” that Romney, after realizing the full extent of the situation, renewed “his verbal offensive” on Wednesday — by saying that the administration had given “an apology for America’s values.”

In fact, it had done no such thing: religious tolerance, as much as freedom of speech, is a core American value. The movie that provoked the protests, which mocks the prophet Mohammed and portrays Muslims as immoral and violent, is a despicable piece of bigotry; it was striking that Mr. Romney had nothing to say about such hatred directed at a major religious faith.

…and Romney may serve himself well by taking a page out of Condoleezza Rice‘s book:

As for Mr. Romney, he would do well to consider the example of Republican former secretary of state Condoleezza Rice, who issued a statement Wednesday lamenting “the tragic loss of life at our consulate,” praising Mr. Stevens as “a wonderful officer and a terrific diplomat” and offering “thoughts and prayers” to “all the loved ones of the fallen.”

The tragedy “that should prompt bipartisan support for renewed U.S. aid to Libyans who are struggling to stabilize the country,” the board said, instead “provoked a series of crude political attacks” on Obama by Romney. It “is a discredit to his campaign.”