Was It Right To Print That Mitt Romney ‘Didn’t Pay Any Taxes For Ten Years?’

Was It Right To Print That Mitt Romney ‘Didn’t Pay Any Taxes For Ten Years?’ 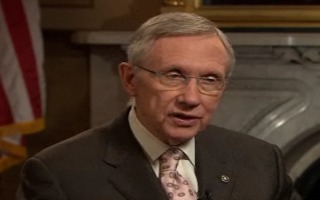 Let’s set aside, for the moment, the Death-By-Chocolate richness of Fox and Friends lecturing anyone about “responsibility.” As an “opinion” show, they are apparently held to a different standard, and Reid is not a journalist, so the parameters for him are also different. The Huffington Post, however, is constrained by journalistic standards and ethics, which raises the question of whether it was proper for them to print Reid’s allegation without confirming it. The answer isn’t as simple as it might seem.

Republican presidential candidate Mitt Romney has been dogged, for months, about his failure to follow the precedent of releasing tax returns, set by his late father, George Romney, even drawing boos from a Republican debate crowd in January. The issue resurfaced during his just-completed trip abroad when ABC News’ David Muir asked the candidate if there was “ever any year when you paid lower than 13.9%” in taxes.

Romney dodged the question, saying he was “happy to go back and look,” a promise that his campaign did not keep. The Romney campaign has previously responded to Politico‘s query about whether there was any year in which Romney paid $0.00 in taxes by saying, simply, “Not true,” which technically doesn’t rule out Romney receiving a refund, or even paying no federal income tax. If he bought a cup of coffee in any of the years in question, he paid some taxes.

The dodging of tax-related questions has led to rampant speculation about what his tax returns might reveal, speculation that Sen. Harry Reid took a step further by making a specific allegation:

A month or so ago, he said, a person who had invested with Bain Capital called his office.

“Harry, he didn’t pay any taxes for 10 years,” Reid recounted the person as saying.

“He didn’t pay taxes for 10 years! Now, do I know that that’s true? Well, I’m not certain,” said Reid. “But obviously he can’t release those tax returns. How would it look?

Now, Reid is not a journalist, so he had no obligation to protect the contents of a private conversation, and neither did HuffPo‘s reporters, Sam Stein and Ryan Grim, because they weren’t the ones who spoke to that Bain investor.

They did have a responsibility to try and confirm the quote, which they did, but Reid refused to divulge the name of the investor. They also had a responsibility to point out that the claim was not substantiated, which Reid himself did, and which the reporters underscored by pointing out that it was “impossible to verify if the accusation is true,” and that “as his quote makes clear, he’s uncertain if the information is accurate.”

They also pointed out the Romney campaign’s previous denial.

The question, then, is why print it if it can’t be confirmed?

That’s a judgment call, supported by the newsworthiness, not of Reid’s accusation, but by the fact that Reid made it. For example, when people reported that Michele Bachmann said someone told her the HPV vaccine made their daughter retarded, that quote couldn’t be verified.

The difference there, of course, is that the truth (or lack thereof) of the actual claim was easy to determine. In this case, however, Romney’s refusal to release more than (eventually) two years of tax returns makes that impossible. Also noteworthy is that, when contacted by HuffPo, Romney advisor Kevin Madden didn’t say Reid’s allegation wasn’t true, but that Romney has “gone above and beyond the disclosure requirements by releasing two years of personal tax returns in addition to the hundreds of pages of personal financial disclosure documents he has provided to the FEC and made public.”

The problem with whack-a-mole questions from the press and carefully-worded responses from the candidate is that there’s too much wiggle room to get at the truth. The Romney camp’s constant refrain that he paid “100% of the taxes that were legally due” ignores the fact that tax returns are only legal until they aren’t. People try to claim things on their taxes all the time that the IRS later rejects, but without looking at Romney’s returns (or the results of his audits), there’s no way to know if his accountants ever threw something against the wall that shouldn’t have stuck, or even if he was ever found to have underpaid, and had to make up the difference.

Madden also lashed out at Reid for saying that Romney’s “poor father must be so embarrassed about his son,” telling HuffPo it was “troubling and disappointing that Senator Reid would cite Governor Romney’s father, George, as part of a personal attack against the governor. We have many substantive disagreements with the senator and his policies, but using insults about a father-son relationship is a step too far,” a sentiment that I couldn’t agree more with. It was incredibly hurtful disrespectful, and Reid should apologize.

While HuffPo‘s decision to print Reid’s allegation is eminently defensible (especially when you consider that, had he simply blurted this out during a live TV interview, we wouldn’t even be having this conversation), it leaves the door open to unsettling abuse of this precedent, in which other outlets report whatever crazy thing they can get someone to say, without the kind of caution displayed here.