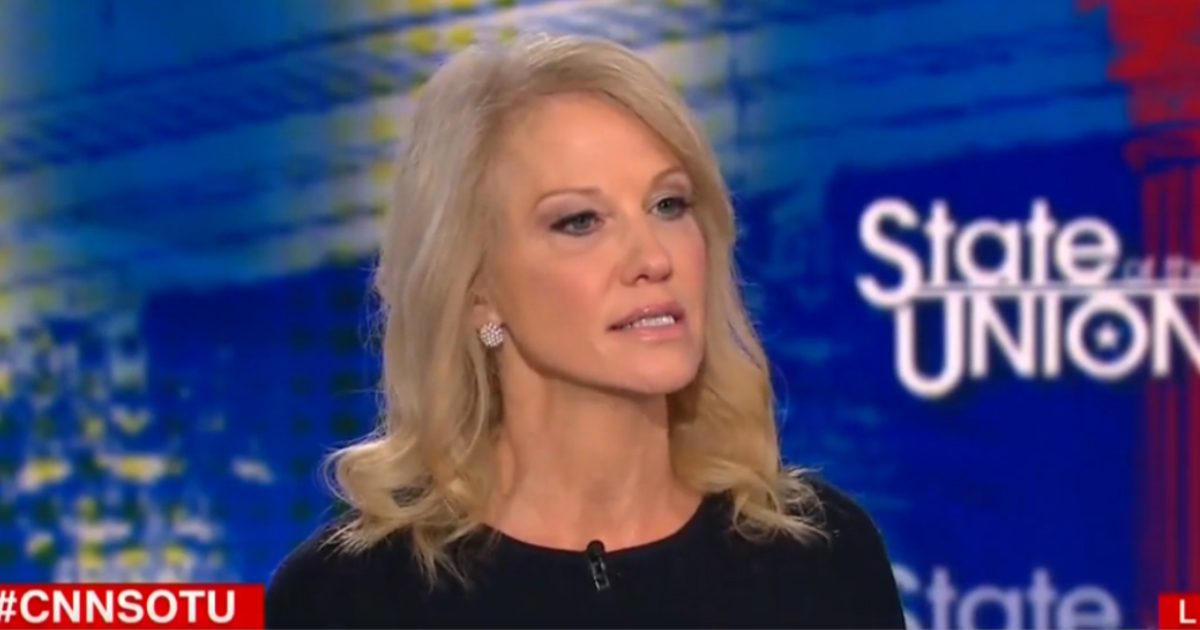 Like other political observers, Sullivan noticed Conway’s 39 minute slugfest with CNN’s Chris Cuomo where she played spin-doctor again in an attempt to defend President Donald Trump from last week’s bombshells over Michael Cohen. Conway’s lies on her boss’s behalf are frequently called out by critics (including her husband), so Sullivan wonders if there’s any point in giving Conway a platform to keep making false statements.

It’s time…for the mainstream media to enter the No Kellyanne Zone. And that goes far beyond banning her, or any particular adviser, from cable interview shows.

The news media continues — even now when it should know better — to be addicted to “both sides” journalism. In the name of fairness, objectivity and respect for the office of the presidency, it still seems to take Trump — along with his array of deceptive surrogates — at his word, while knowing full well that his word isn’t good.

When major news organizations publish tweets and news alerts that repeat falsehoods merely because the president uttered them, it’s the same kind of journalistic malpractice as offering a prime interview spot to Kellyanne Conway.

Sullivan goes on to draw parallels with Conway’s lies and the disinformation campaigns that the Senate Intelligence Committee warned about in their latest report. She also argues that if news organizations want to stay focused on objective reality, they must no longer amplify statements from Trump or Conway just because they’re in the White House.