In today’s Washington Post, Howard Kurtz zeroes in on the latest media trend: “Conservatives jumping ship,” as evidenced by the recent defections of Little Green Footballs’ Charles Johnson and The Atlantic‘s Andrew Sullivan. Only: it sounds an awful lot like a two-person trend. And whether they match the trend is highly debatable. Most conservatives would not have considered Johnson or Sullivan among their own for some time.

This isn’t to pick on Kurtz: why did these non-defections get the media traction that they did?

Kurtz’s sections on Sullivan and Johnson don’t lend themselves to handy quoting, as they both feature lengthy block quotes from the bloggers’ ‘goodbye to conservatism’ posts. (Read Johnson’s post here and Sullivan’s post here.) But his lead-in to the ‘conservatives are jumping ship’ meme does:

The divide deepened during last year’s campaign when some of the right’s most prominent writers and talkers revolted over John McCain’s choice of Palin. A few intellectuals such as Christopher Buckley even announced they were voting for Barack Obama.

The dawn of the Obama era might have erased some of these fissures, but the arguments, least in some quarters, seem to be getting louder. What might seem like a writerly squabble is, to some, a battle for the soul of a movement.

To be fair, Kurtz, who isn’t too easy to peg politically himself, goes on to discuss liberal criticisms of Obama. Still: what was so bad about the ‘writerly squabble’ option?

Charles Johnson has been an apostate from the right for quite some time; more than a year ago, he was getting heat from conservative bloggers for his supposedly liberal leanings. Hot Air has listed Little Green Footballs as a “Left Channel” in their blogroll for months; Johnson returned the joking barb by referring to Hot Air as “universally dominated by raging hate speech” in his farewell letter. Yikes. 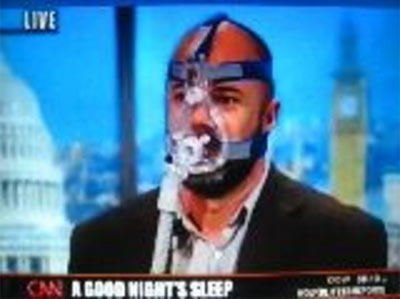 It’s not as though Johnson or Sullivan is a full-throated liberal all of the sudden. They’re both idiosyncratic writers and thinkers with idiosyncratic positions on a host of issues, and neither of them was ever really a movement conservative to begin with. It’s fair to say that overall they’ve both swung further to the left, but why all the hubbub about their ‘defections?’

There’s some merit to the conservative notion that the media likes to pounce on any sort of conservative ‘defection’ or weakness in the ranks for the purpose of making conservatism look bad.

But there’s another, lazier force at work here as well: the media loves its trends. When two sort of similar things happen in a short timespan, it’s column/blog post time! Being seasoned old hands, Johnson and Sullivan both know this. Even if they weren’t expressly working in concert, could they have been gaming the media establishment? It’s fair to hypothesize that Sullivan may have deliberately (and successfully) been trying to whip up a mini-trend when he wrote his me-too “parting with the right” post immediately after Johnson’s, even though it can’t have been news to anyone.