Worried About Trump’s Assault on the Media? Here’s What You Can Actually Do About It 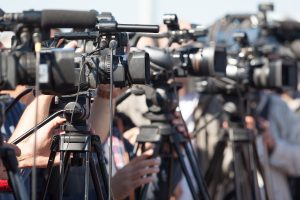 Nobody has entered the White House with so much antagonism for journalists as Donald Trump, and media organizations are justly concerned about the unique challenges his presidency poses to a free press.

During his 16-month campaign, he waged an unprecedented assault on the media. The famously litigious mogul talked about “opening up” libel laws to make it easier to sue news organizations whose coverage he does not like. His threats are bolstered by the fact that one of his most prominent supporters, Peter Thiel, underwrote the lawsuit that dispatched Gawker.

He has threatened to sue newspapers, their editors, reporters, and even their sources, for publishing stories he doesn’t like. (Though he seldom contests the actual facts of these stories which is probably why he almost never follows through on the legal threats.)

His campaign specifically blacklisted news organizations for publishing unfavorable stories, an act that the White House Correspondents Association condemned as “nothing less than a repudiation of the role of a free and independent press.” Trump was attempting to “disown the principles of the First Amendment,” WHCA leaders said.

Trump has repeatedly and consistently lashed out at reporters and outlets for even mildly critical coverage, which he almost unfailingly dismisses as “unfair.” He has said that First Amendment protections are too broad because journalists aren’t forced to “apologize” for saying mean things.

If you are concerned about the ability of journalists to cover Trump and his administration’s actions over the next few years, here are some organizations you can support that assist reporters in their mission to remain vigilant and keep voters informed:

Reporter’s Committee for Freedom of the Press: The committee provides free legal assistance to protect the rights of journalists, including a telephone hotline and host of online resources for reporters navigating First Amendment issues.

First Amendment Coalition: In addition to providing support for activists and journalists, this organization pursues litigation intended to expand First Amendment rights for all citizens and to further increase government transparency.

Floyd Abrams Institute for Freedom of Expression: The institute, which exists under the aegis of Information Society Project (ISP) at Yale Law School, provides resources for law students to help file lawsuits and execute on practical strategies for defending First Amendment freedoms. (Disclosure: Floyd Abrams is the father of Mediaite founder Dan Abrams.)

National Freedom of Information Coalition: The NFoIC is committed to expanding government transparency and accountability by making public information — primarily at the state and local levels.