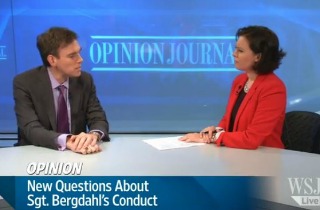 Stephens stressed repeatedly that the allegation against Bergdahl, that he abandoned his post and may have sought defection to the enemy, have not been proven. However, he said what is proven is that American treasure and servicemen’s lives were lost while trying to recover him.

He went on to criticize Rice for saying Bergdahl served with “honor and dignity.”

“There’s just a great deal of evidence that he did not serve that way,” Stephens said. He wondered why the administration would invite Rice to repeat a mistake that was made in the immediate aftermath of the Benghazi attack.

“I think this story is actually far more disturbing to me than Benghazi,” Stephens added. “Now, we have a story in which, presumably the administration knew the circumstances of this soldier vanishing, knows exactly who we’re giving up – senior Taliban commanders – in order to get him back, and nonetheless is milking this as a great political triumph.”

The columnist said he was “stupefied” by the administration’s conduct in this case.