On This Juneteenth, Will The Media Ask Trump About His Past Comments Bashing The Black Lives Matter Movement? 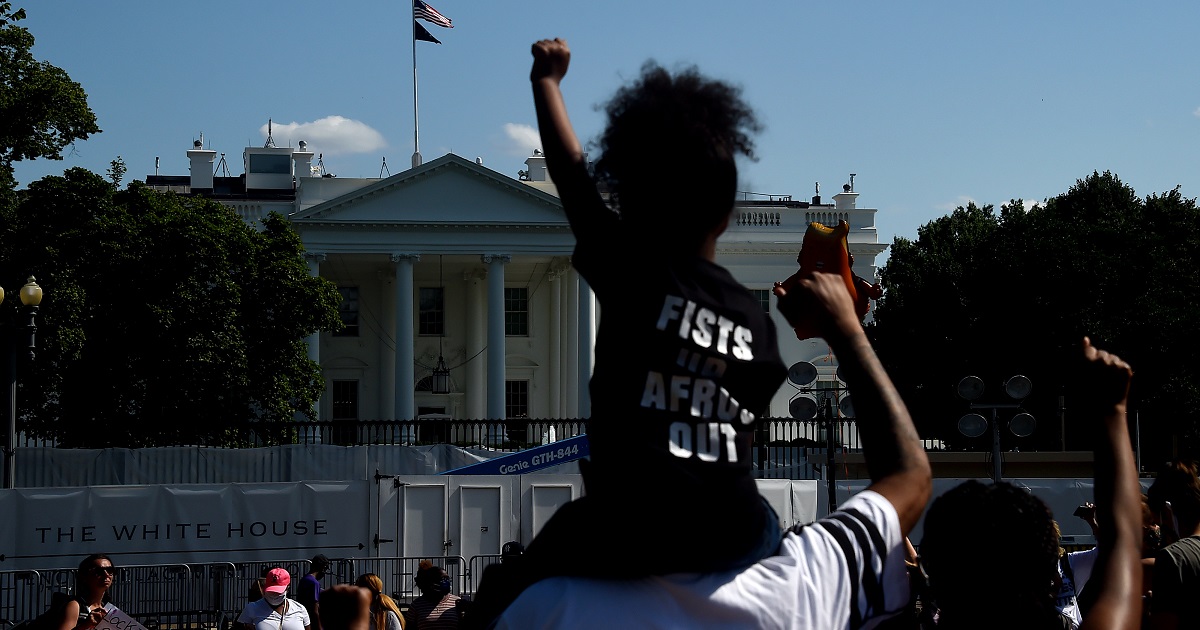 President Donald Trump stunningly spent Juneteenth eve defending statues erected to honor the very people who fought to preserve slavery. Not only that, but Trump tried to whitewash the history to claim that these monuments that literally glorify white supremacists were actually built as a “a gesture of healing.”

They weren’t. As historians have noted, the biggest spike in building these statues came in times of “civil rights tension.”

The first came in the early 1900s, as former Confederate states were enacting Jim Crow laws to oppress blacks. And then again in the 1950s and 60s during the civil rights movement. The only “healing” was to make white supremacists feel better about losing the Civil War.

But it’s on Juneteenth itself, a day that marks the end of slavery, that I hope the media will press Trump on his history of slamming the “Black Lives Matter” movement, and his failure to even say the phrase “black lives matter” in the midst of this national discussion on the issue.

In response, Harris tweeted at Trump, “Keep George Floyd’s name out of your mouth until you can say Black Lives Matter.”

Yet it’s Trump’s history of slamming the Black Lives Matter movement (BLM) that the media desperately needs to press Trump on. You would think in the middle of the nationwide BLM protests that members of the media would’ve already pressed Trump to determine if he stands behind the words from the 2016 campaign in which he trashed the organization, or will he now apologize? (We know he won’t apologize.)

The first instance of Trump bashing BLM was in September 2015 while on Fox News speaking to its primarily white audience. There, Trump was asked by his friend Bill O’Reilly what he thought of “Black Lives Matter.” Trump didn’t hold back.

He then claimed some in the group were filled with “hate,” then Trump went on to criticize former Secretary of State Colin Powell for having recently said the words “Black Lives Matter.”

Trump told O’Reilly “He’s totally wrong. It’s ‘All Lives Matter,’”  and slammed Democrats for not being able to say “white lives matter” without having to apologize.

Trump again trashed BLM just days before the July 2016 Republican National Convention, where he would formally be named the party’s presidential nominee. This time Trump blamed the movement for “dividing America.”

When the then-recent deadly shootings by the police of two black men — Philando Castile in Minnesota and Alton Sterling in Louisiana — was raised, Trump did state that the videos of the killing of these two men “was tough to watch.”

But he primarily used the TV appearance to slam BLM, the very organization seeking justice for their killings, and to ensure we wouldn’t see a repeat of the same in the future.

On the name BLM, Trump declared, “The first time I heard it I said ‘You have to be kidding,” adding, “I think it’s a very, very, very divisive term. There’s no question about it.”

And when host Bill O’Reilly asked Trump his reaction to African Americans saying the system is biased against them, Trump, even in 2016, made the issue all about himself. He responded,
“Well, I’ve been saying, even against me the system is rigged.”

He added in total Trump fashion: “I can really relate it very much to myself.”

Yep, Trump — a billionaire who oozes white entitlement — says he can relate to black Americans being killed by the police at the rate of nearly three times white men because he has received some unfair press coverage.

It’s time the media put it to Trump. Given recent events and protests, does he stand by his past words trashing the Black Lives Matter movement? Also, will Trump finally say the words “Black Lives Matter,” and express his understanding that the issue is not about special treatment for Black Americans, but simply equal treatment under the law and across our society?  Finally, does Trump believe black lives should be valued the same as white ones?

Juneteenth is the perfect day for the media to ask these very questions. Let’s hope they do.