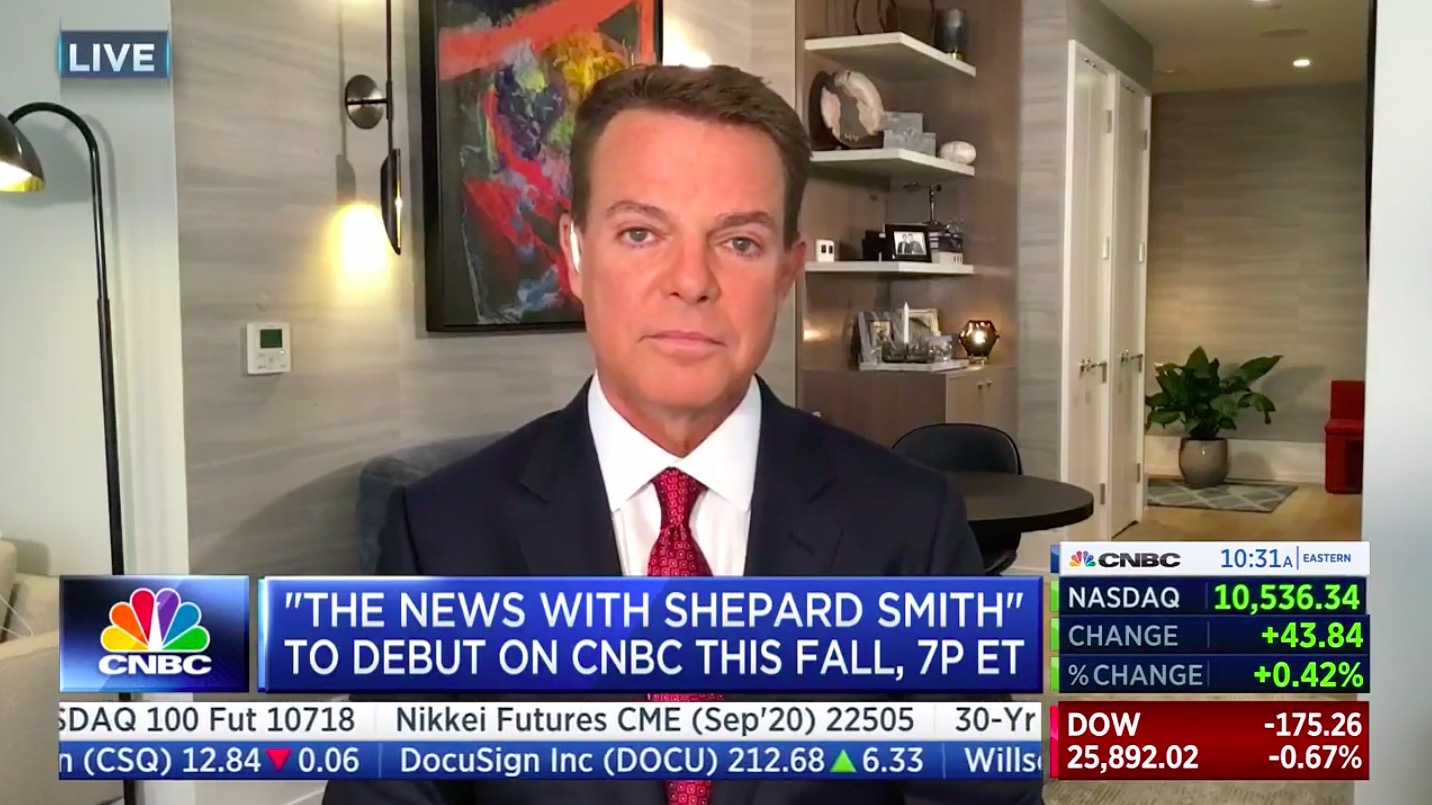 Shepard Smith is superb at what he does. His integrity is impeccable. He delivers the news without fear or favor. He pulls no punches during interviews with newsmakers on both sides of the aisle. He is a gifted communicator, a masterful storyteller, and a comforting presence. Above all, he always seems to have his audience’s best interest at heart. In short, he is everything a news anchor should be.

And his new show is doomed. Completely, hopelessly doomed.

After nearly a quarter century on the air at Fox News, CNBC announced last week that Smith will be joining their roster and launching a new show in the fall — titled, without the faintest subtlety, The News with Shepard Smith. In an interview on CNBC last Thursday, the anchor laid out his vision for the program.

“No opinion. No pundits,” Smith said. “Nobody telling you what to think, or how to feel. Just the facts.”

A worthy goal, for sure. Here’s the problem: Americans have decided they don’t want that on cable.

One look at the ratings serves as a mighty boon to the sad, yet hard-to-dispute argument that there’s no place for news on cable news. Sean Hannity, Tucker Carlson, and Rachel Maddow all have a vice grip on the top spots in the Nielsens. The rest of the top 15 in the second quarter of 2020 was dominated by Fox News, powered by an opinion-heavy roster. The lone exceptions were MSNBC’s The Last Word with Lawrence O’Donnell, and Deadline: White House with Nicolle Wallace — two fiery opinion shows. Programs that specialize in telling people what to think and how to feel.

Smith, for most of the past 25 years, was carried by the Fox News ratings tidal wave — able to survive on the Nielsen strength of a lineup packed with bombastic opinion hosts. To that network’s viewers, Smith was a curious oddity. A lone wolf.

Many tuned out. As President Donald Trump pointed out with gusto, Smith routinely had the lowest-rated show in the Fox lineup. Plenty of Fox viewers stood pat, yes. But many who stayed likely did so just because they didn’t feel like changing the channel before The Five came on. It seems highly unlikely that more than a small fraction of Smith’s Fox viewers would ever follow him to another network.

Indeed, by the end of his tenure, Shepard Smith was far more admired by cable news viewers outside of the Fox sphere than in it. The anchor became something of a hero on the Left when he departed Fox News last October over what many deemed to be clear ideological differences with the network. Progressives viewed his departure as a signal that a principled journalist cannot, in good conscience, work at Fox News.

But will those same people who cheered Smith when he hightailed it out of Fox last fall be tuning in when he assumes the 7 p.m. time slot on CNBC? Highly unlikely. More realistically, the Resistance crowd will opt for Joy Reid on MSNBC, or Erin Burnett on CNN. And those on the opposite side of the political spectrum will watch the rerun of Lou Dobbs on Fox Business, or The Story with Martha MacCallum. That leaves Smith all alone to corner the market of hard news consumers — a market whose ranks, among cable viewers at least, are dwindling.

Plenty of cable news personalities don the cloak of objectivity and position their shows as straight news. Chuck Todd, on Wednesday, made the farcical claim that “there is no editorial view” on any daytime MSNBC broadcast. How he did so with a straight face defies logic. Even the most faithful Daily Kos reader would concede that Democrats are seldom subjected to the same type of grilling as the few Republicans who dare speak with Todd, or Katy Tur, or Stephanie Ruhle.

It is all but impossible for a cable news broadcast to have “no editorial view.” But Shepard Smith arguably comes closer than anyone else on television. That, however, is a strike against him in the current cable environment.

Strike two is Smith’s muted tenor, which isolates him from nearly all of his peers. The cable news news landscape is littered with, and dominated by, performance artists. Chris Cuomo yelling “bullsh*t,” as he did on Wednesday night, hardly even registers on the cable news rage-o-meter anymore. Such diatribes have become more common for a reason — viewers have responded to anchors who become outraged.

It’s hard to blame these personalities for adopting a more animated style. It’s become next-to-impossible for a staid, down-the-middle anchor to cut through the noise. If one opts for the more sedate method of news presenting, they’d better have the legendary bona fides of industry titans like Wolf Blitzer or Andrea Mitchell, neither of whom draw big ratings comparatively.

Thankfully, there is a place for Shepard Smith on TV. But that place is on network, not cable. The recent ratings success of the big three nightly newscasts — which regularly rank among the highest rated shows in all of television — proves that Smith’s brand of journalism still resonates somewhere.

But cable is a different animal, with different habits and viewers. In the cable news world — a world dominated by the loudest voices — Shepard Smith may be a man without a country, and destined to fail.

Smith surely knows the deck is stacked against him, but that won’t stop him from trying to break through. This reporter, for one, will be rooting for him, and CNBC deserves credit for this move. Cable news is made better by his presence.

But cable news is not a climate in which better thrives.

“I promise you, that our job and our goal and our mission every day is to find the truth and tell the truth, in context and with perspective,” Smith said, in his interview last week previewing his CNBC launch. He added, “If we’re making people upset by telling the truth, that’s their problem.”

Shepard Smith may not have to worry about that. Odds are that his new show will not upset many. But that’s only because they won’t be watching in the first place.