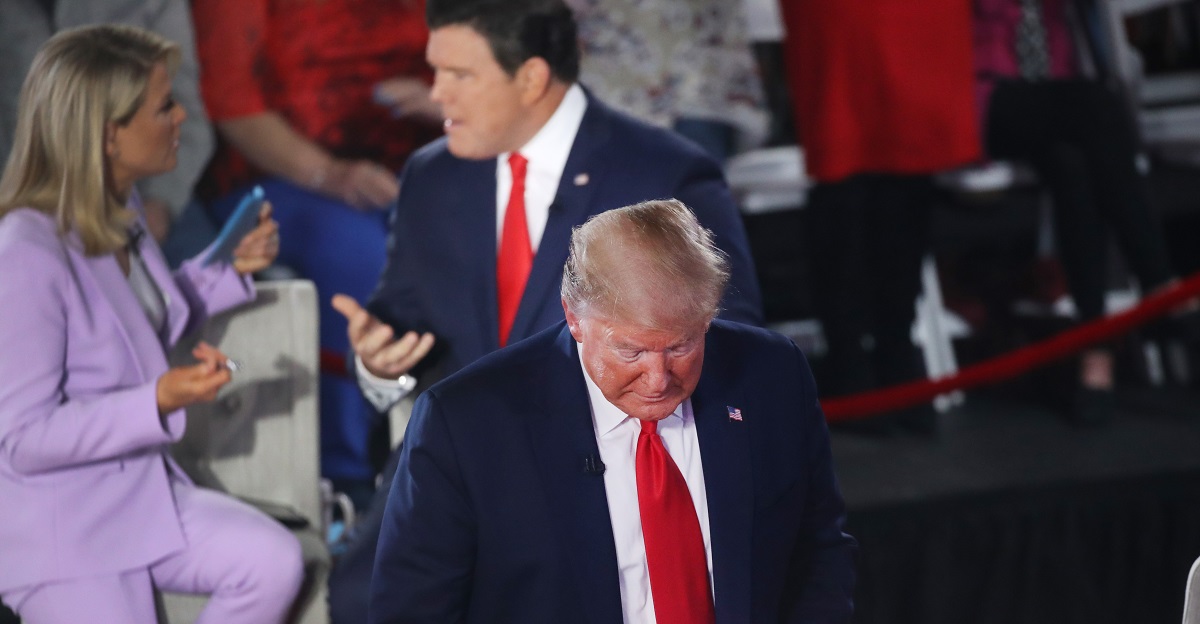 Since his rise to office four years ago, President Donald Trump has demonstrated that he has the power to make or break the careers of Republican politicians. But if the past few years have demonstrated something else, it’s that the president has little sway over the largest cable news network in America.

Despite the president’s constant and increasing attacks against Fox News since 2016, the network has remained at the top, with ratings that far exceed its more liberal competitors CNN and MSNBC.

Fox News flagship shows like Tucker Carlson Tonight and Hannity have consistently slayed rivals week after week. They are as the two most popular shows on cable news, with The Ingraham Angle and The Five also landing in the top five month after month. Fox is on track to have its highest rated year in history.

Recently, the president stepped up his efforts to do something about that.

Since long before the 2020 presidential election — and especially following it, after Fox News was the first network to call Arizona for Biden and then called the entire election for the Democrat despite legal challenges from the Trump campaign — Trump has called on his millions of supporters to ditch the network and migrate to the smaller conservative alternatives Newsmax and One America News (OAN).

.@FoxNews weekend afternoons is the worst! Getting into @CNN and MSDNC territory. Watch @OANN & @newsmax instead. Much better!

This is why @FoxNews daytime and weekend daytime have lost their ratings. They are abysmal having @alfredenewman1 (Mayor Pete of Indiana’s most unsuccessful city, by far!) on more than Republicans. Many great alternatives are forming & exist. Try @OANN & @newsmax, among others! https://t.co/ewHE8GBRNy

Last month, Trump put in plain terms how he saw the relationship between himself and the network: He was the “Golden Goose,” and Fox News “forgot what made them successful, what got them there.” (To be clear, Fox News has been the number one network for decades. Its success far predates Trump’s 2016 presidential campaign.)

But this harsh criticism hasn’t stopped the president from granting his interviews to Fox over its smaller competitors. It was telling that after weeks of trashing Fox and hyping up Newsmax and OAN, Trump gave his first post-election interview to… Fox News anchor Maria Bartiromo.

And despite Trump supporters shouting “Fox News sucks!” during rallies, millions of liberals are not the ones tuning in to the network daily and cementing its number one position in cable news.

It’s evident that Trump would rather go on Fox News and bash the network on its own turf — boosting its ratings in the process — than grace Newsmax or OAN with his presidential presence, and perhaps this is because he has privately acknowledged the reality of it all: that though he may currently have power in the political world, in his fight against Fox News, the cable giant will always come out on top.

After all, even during his most ferocious attacks on the network — following the 2020 presidential election — Newsmax only managed to peel away a tiny slice of the Fox News pie, and this was temporary, with Newsmax’s ratings falling considerably in recent weeks.

Newsmax host Greg Kelly — the network’s top star, whose refusal to accept that Biden won the election earned him more than 1 million viewers on some nights — has taken a ratings hit. When comparing his ratings this Monday to those of Monday November 16, Greg Kelly Reports is down 29% in total viewers and 25% in the 25-54 demo.

The President of the United States has repeatedly urged his supporters to stop watching Fox News, and the numbers show they aren’t. For a group of people who will often boast about being willing to do anything for their leader, this fact is considerable.

Whether Trump retains his power over the Republican world post-White House remains to be seen, but what we do know is that — despite a temporary dip in ratings after the election — Fox News is poised to end the year as popular as it’s ever been. Stronger, even.

In the influence arena of cable news, expect the Notorious FNC to come out on top.