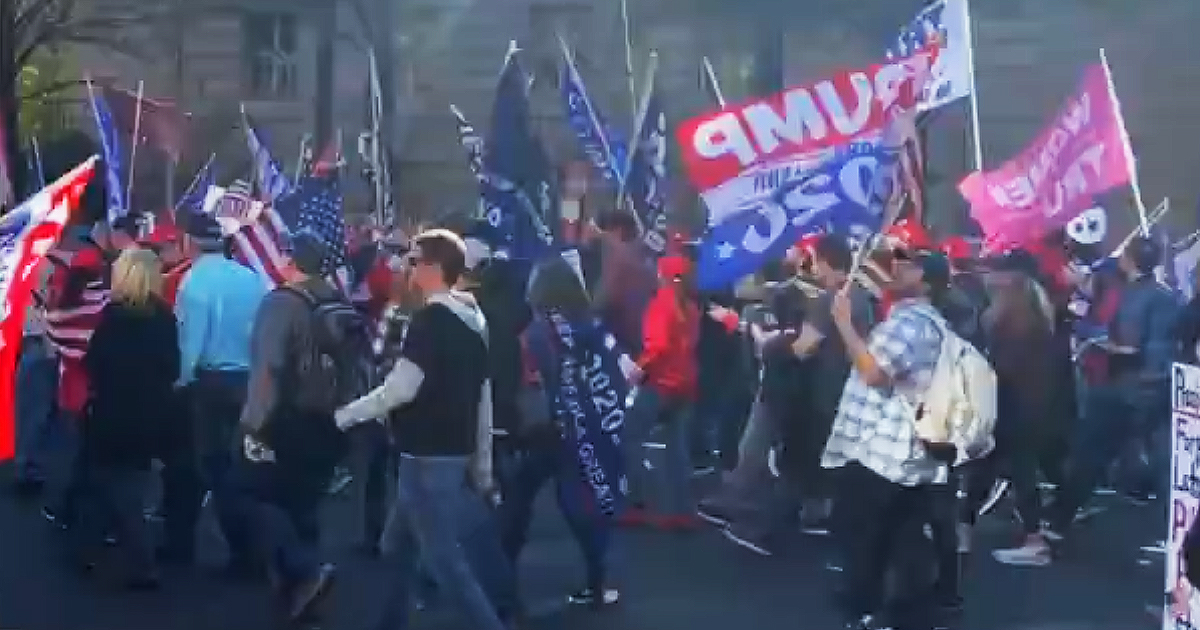 Marchers in Washington, D.C. on Saturday in support of President Donald Trump and in protest of the election results have also been expressing their displeasure with the mainstream media. And that number clearly now includes Fox News Channel.

The divorce proceedings between President Trump’s base and the network that has been the news of choice for conservatives for two decades seems almost complete, now. Trump has been regularly attacking Fox News since the election over their calls for individual states, as well as their calling the overall election for Joe Biden and against Trump.

It didn’t start with the votes, of course. The President has been unhappy with Fox for much of the last year, particularly when it came to poll results and their having liberal or Democrat guests on air.

Just as the base turned on Drudge when he was perceived to be part of the “opposition,” the base has seemingly turned fully against Fox News, chanting at them much as they chanted earlier at an alarmed MSNBC reporter.

Just this afternoon, an incredibly heated exchange took place on Fox News as Leland Vittert and Erin Perrine had what was essentially a four-minute, on-air shouting match, complete with snarky digs and eye-rolls.