Fmr. New York Times Editor: I Was Fired For Being 'Anti-Trump'

Former New York Times Editor: I Was Fired For Being Seen as ‘Anti-Trump’ 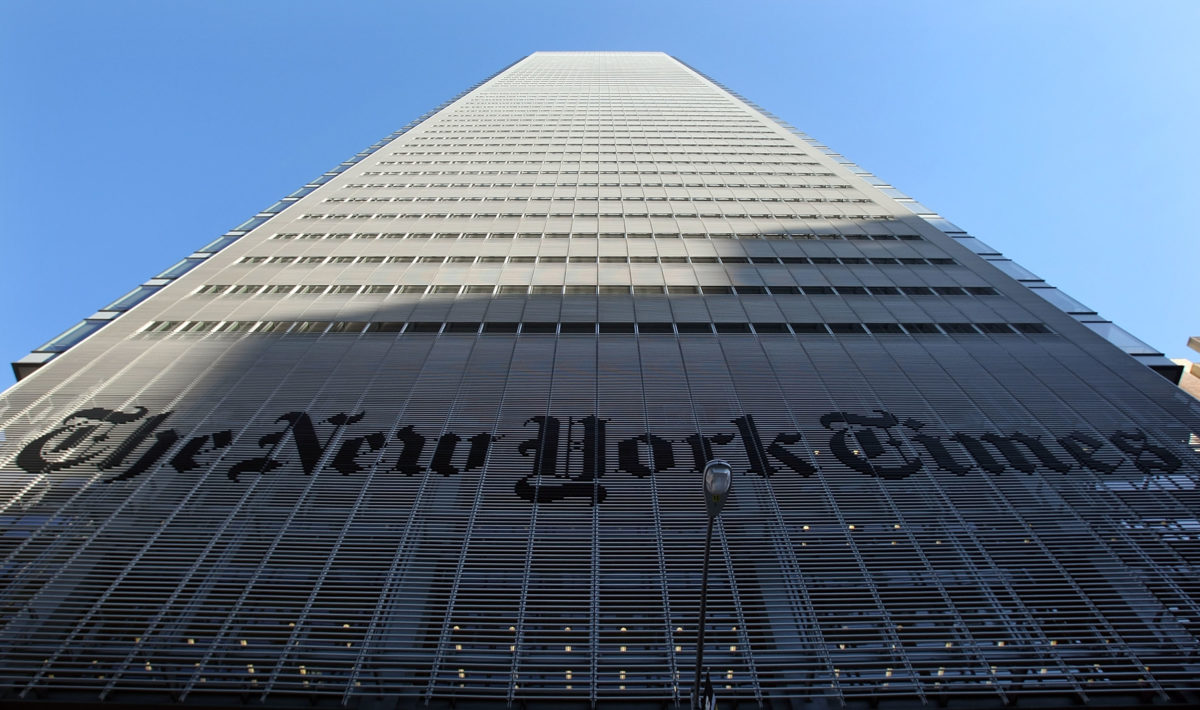 Carlos Cunha, a former copy editor for The New York Times, has claimed the newspaper fired him for being too harsh on President Donald Trump.

“While The Times did try to reinforce its typical new subscriber’s liberal illusions about the paper (by, say, giving a new prominence to its most liberal opinion columnists, regularly placing them at the top of the home page,) in its actual news coverage or corporate actions it is not especially liberal, compassionate or even just fair,” Cunha claimed. “Nor has The Times been particularly harsh on Trump, who is, after all, a colorful hometown character for the paper’s owners and managers, one of the New York media’s most enduring sparring partners and playmates, and now the first U.S. president from New York since Franklin Delano Roosevelt.”

Cunha added that he was fired last year “with Trump-like peremptoriness,” for making “a single small cut I had made in a long story that I had been asked to reduce by two-thirds.”

“It was that cut, one that executive editor Dean Baquet and the office of the publisher, A.G. Sulzberger, must have seen as essentially anti-Trump and therefore a reason that, after eight years of service during which I had received consistently good-to-glowing performance reviews, I could no longer be trusted professionally,” he claimed.

The cut, according to Cunha, was some old comments from former U.S. Secretary of Homeland Security Kirstjen Nielsen.

In a statement to Salon, however, The New York Times claimed Cunha was dismissed over “a broader pattern of issues including when he ignored our standards and removed the administration’s on-the-record response from a news article.”

“Responsible news organizations allow the subjects of their coverage to respond,” the newspaper declared, adding, “Mr. Cunha’s insinuation that The New York Times has been soft on President Trump does not stand up to the facts.”