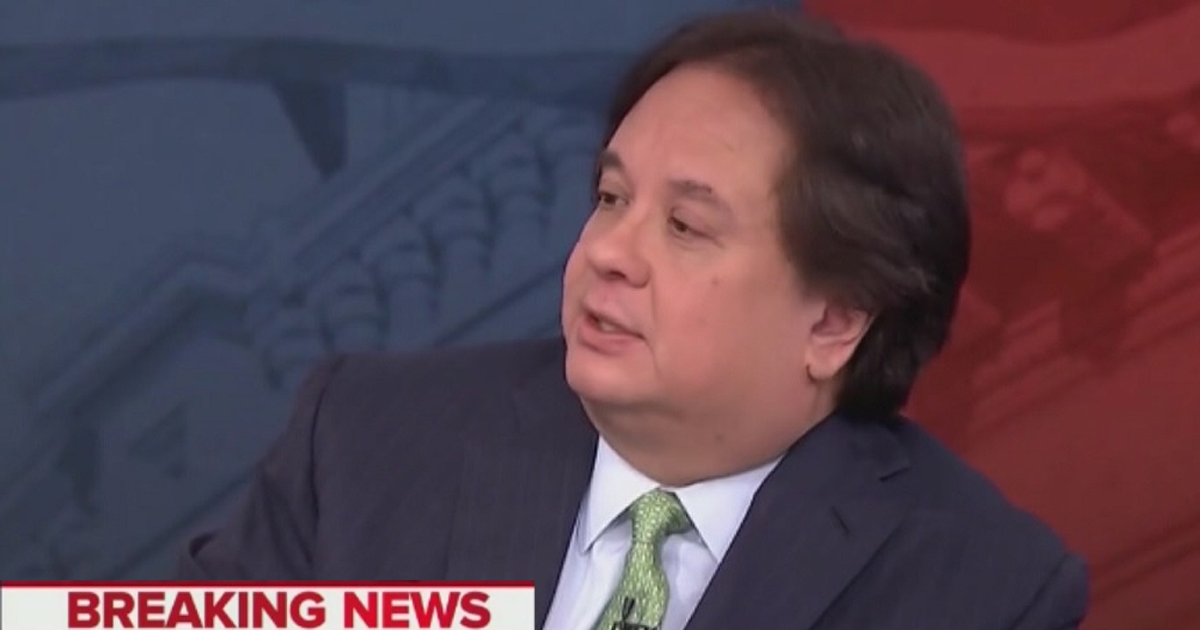 George Conway, husband to White House counselor Kellyanne Conway, appears not to be in high spirits this Saturday, following a week during which he appeared on MSNBC for impeachment hearing coverage and was in public spats with both Donald Trump Jr. and Trump campaign manager Brad Parscale.

Conway was very busy all morning on Twitter, both sharing his own thoughts and retweeting articles and other tweets. Of particular focus was Elise Stefanik, Republican congresswoman from New York, and her opponent for 2020, Democrat Tedra Cobb.

He began that focused attention first by retweeting MSNBC’s Stephanie Ruhle. Ruhle was herself retweeting Stefanik, who said that Democrats were attacking her for “exposing” the Democrats’ “#RegimeofSecrecy” with her questions during impeachment hearings. Ruhle said that Stefanik “hurts women” by claiming the male Democrats who ganged up on her acted out of sexist motive — a claim not made in that tweet. 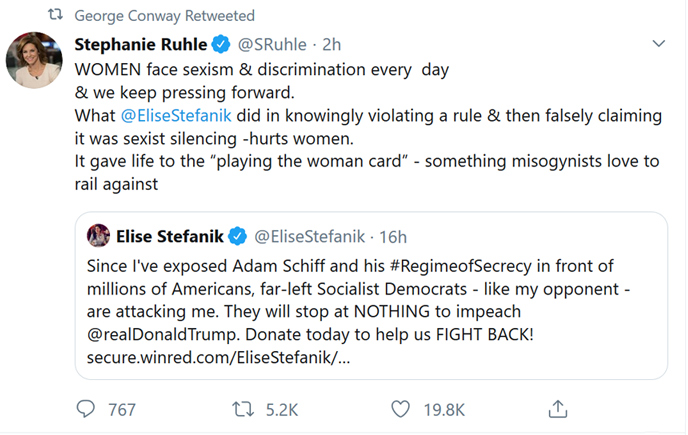 He later retweeted a Democratic group referring to Stefanik’s hearing questions as “antics”.

and then a Tweet referring to Stefanik as an “asshole.”

But it was his own post that really went for the throat, when he referred to Stefanik as “lying trash.” He was retweeting a Center for American Progress chart showing how much time was afforded to members of the committee during the hearing.

.@EliseStefanik is lying trash. Please give to her opponent, @TedraCobb. https://t.co/NDstzv2Qgr

Needless to say, Conway’s choice of words about a female Republican did not go unnoticed, particularly considering his history of criticizing Trump’s way of talking about and treating women.

If a male Republican operative called a Democratic congresswoman “trash,” he would be banned from CNN and MSNBC in a heartbeat. As he should be. https://t.co/48tyGXWEta

Really cruel to call another human being trash. https://t.co/PRyGzpNWfV

If you had any doubt that this guy is an abusive creep, here’s more evidence. https://t.co/fFSUkDCtIw

So far, Stefanik has not responded directly to Conway’s tweets.

Conway has not replied directly to criticism of his choice of words. He did, however, later retweet an article that says Donald Trump can’t “control his rage against women.”

A MUST-READ from the brilliant @MollyJongFast. https://t.co/etojsgquT8

We will try to update this story if they do reply.