Abortion Group Declares ‘Open Season’ on Pro-Lifers, Warns Next Protests Won’t Be As ‘Easily Cleaned Up as Fire and Graffiti’ 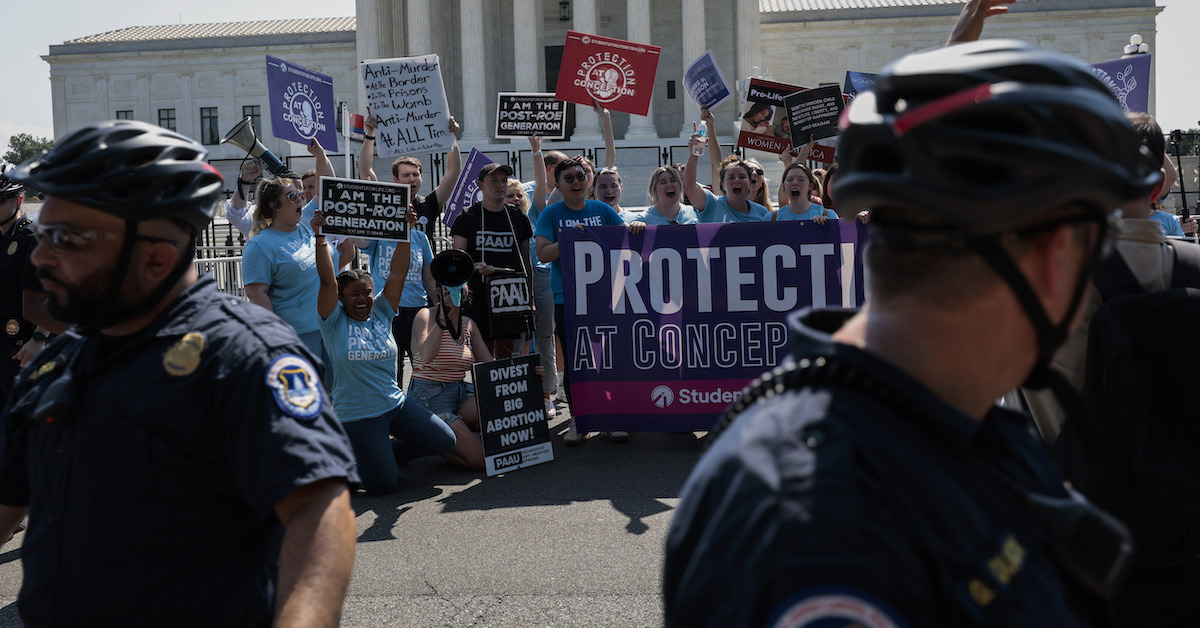 The group has a history of damaging property during their protests, and they took credit for the vandalization of a pregnancy resource center in Des Moines, Iowa earlier this month. In a message posted to social media, the group said they broke windows and left graffiti political messages all over the clinic. “It was easy and fun,” the message read.

the dsm street medics received the following from a trusted source. we are in no way affiliated with these actions, but we applaud them. we have been asked to use our platform to uplift the following message:

In a new message from the group, they are promising to up their attacks, giving an ultimatum to clinics that provide services meant to act as an alternative to abortion.

The group says a 30-day clock given to their protests has expired and now all must close up shop or face vaguely violent consequences, saying the next demonstrations “may not come in the form of something so easily cleaned up as fire and graffiti.”

Your thirty days expired yesterday. We offered an honourable way out. You could have walked away. Now the leash is off. And we will make it as hard as possible for your campaign of oppression to continue. We have demonstrated in the past month how easy and fun it is to attack. We are versatile, we are mercurial, and we answer to no one but ourselves. We promised to take increasingly drastic measures against oppressive infrastructures. Rest assured that we will, and those measures may not come in the form of something so easily cleaned up as fire and graffiti.

Any “anti-choice group” that closes its doors will not be targeted, the group said, but they encouraged all with the “urge to paint, to burn, to cut, to jam” to join their cause to presumably take care of those who do not comply.

From here forward, any anti-choice group who closes their doors, and stops operating will no longer be a target. But until you do, it’s open season, and we know where your operations are. The infrastructure of the enslavers will not survive. We will never stop, back down, slow down, or retreat,” they said. “And for the allies of ours who doubt the authenticity of the communiqués and actions: there is a way you can get irrefutable proof that these actions are real. Go do one of your own. You are already one of us. Everyone with the urge to paint, to burn, to cut, to jam: now is the time.

Future measures “may not come in the form of something so easily cleaned up as fire and graffiti,” the terrorist group threatens.

The statement from Jane’s Revenge is further proof debate around abortion is growing increasingly violent since an opinion draft leak from the Supreme Court suggested Roe v. Wade could potentially be overturned. Since then protesters have targeted the homes of Supreme Court Justices, with one pro-choice group having their demonstration map removed by Google as it doxxed multiple Justices.

A man was also recently arrested outside the home of Supreme Court Justice Brett Kavanaugh, informing police when he was arrested that he had intended to kill the conservative judge.