Americans Trapped in Hotel As Riots, Violence Erupt on Streets of Haiti

Americans Trapped in Hotel As Riots, Violence Erupt on Streets of Haiti

Widespread violence broke out in Haiti on Friday after Prime Minister Jack Guy Lafontant called for a rise in gas prices to balance the budget.

The fuel price hike has since been suspended.

Speaking to CNN on Saturday, Stacy Librandi Bourne a guest at the Oasis Hotel in Port au Prince, talked about what was still going on outside her hotel window.

“We’re seeing a little bit more calm now. There’s still a lot rioting, things like that going on, but I think it’s possible that right now some peace might be restored because of the most recent announcement by the prime minister, that he was going to delay things, the price on the gas.”

Bourne and her fellow guests currently plan to stay put until things calm down.

The US Embassy in Haiti also issued an alert and urged people to shelter in place. 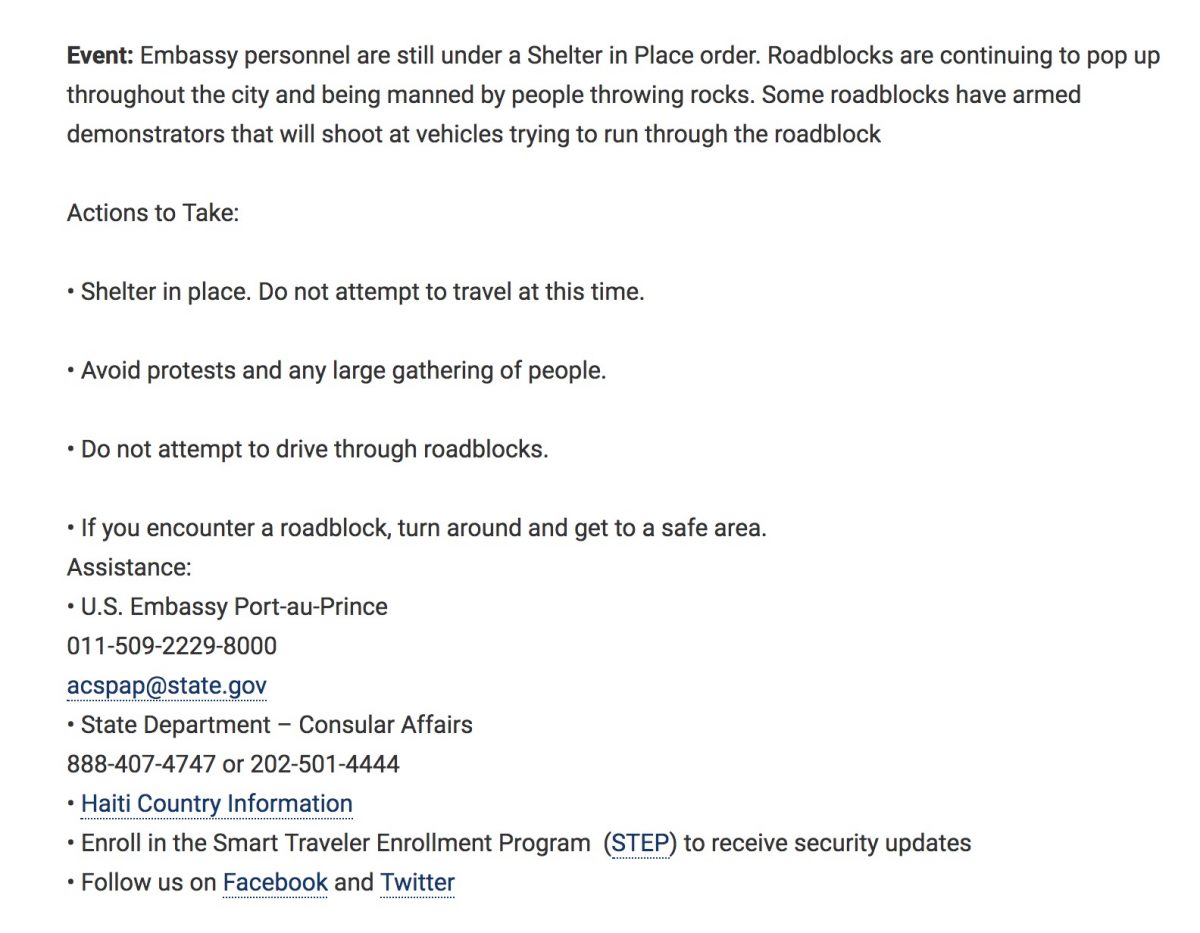 At least three people were killed in the violence on Friday, according to ABC. No deaths were reported on Saturday.

Watch above, via CNN