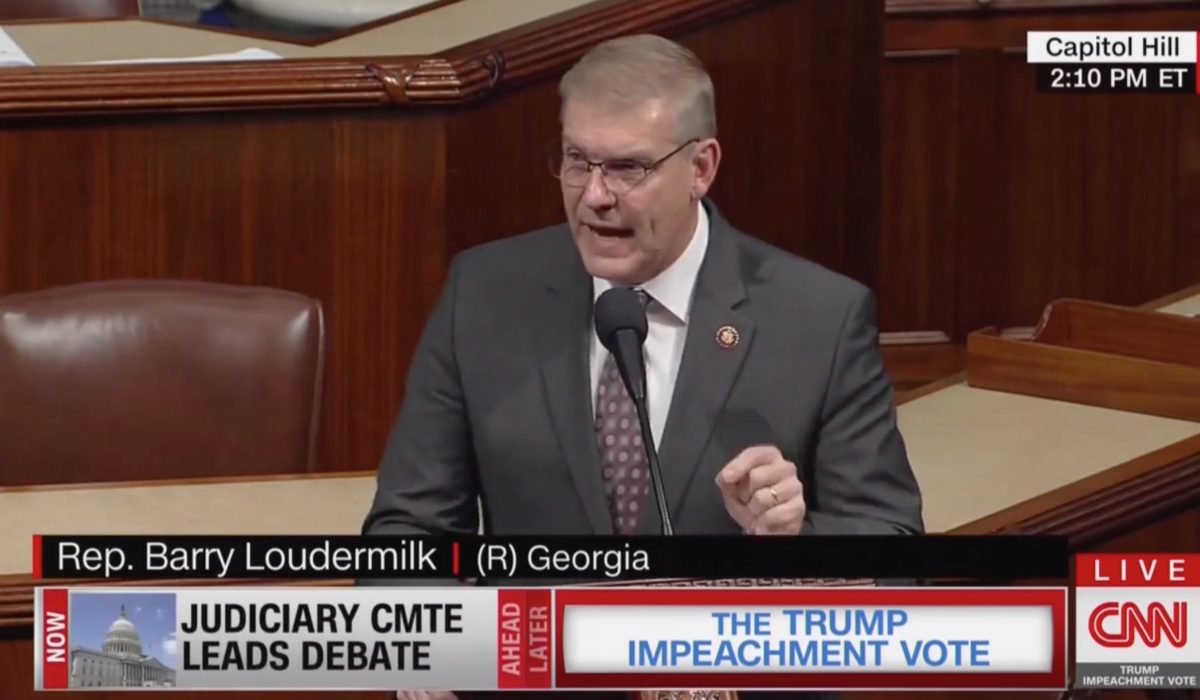 The Twitterverse experienced collective whiplash on Wednesday when Congressman Barry Loudermilk (R-GA) condemned the impeachment of Donald Trump by claiming Jesus Christ was treated more fairly than the president was.

Loudermilk used his much of time before the House of Representatives to denounce the impeachment process. Things took a dramatic turn, however, when the congressman launched into a tangent about how the son of God had more rights and due process in his trial before he was put to death than Trump did during the House impeachment process.

Since Loudermilk clearly decided to crank it up to 11, journalists and impeachment watchers took notice, and the reactions flooded in:

This is of a piece with the POV on the right that believes Trump is sent from God to save Christians from the *godless left* https://t.co/BEIsa55XHZ

Comparing the process to impeach Trump to the events leading up to the crucifixion of Jesus Christ is a new level https://t.co/zDIzc4qDgN

I see we’ve reached the blasphemy portion of the proceedings…

This mf just said Jesus had it easier than Trump. pic.twitter.com/8FkgnHMdWg

a president getting impeached is not comparable to our Lord being nailed on a cross to die for the sins of the world. thanks for coming to my ted talk

Ok Trump’s impeachment has just been compared to the trial of Jesus–yeah, that one. I’m going to have another gin & tonic now. A little less tonic this time. #impeachment #GOPCrazy

The only things DT has in common with JC is that they both hung out with hookers & used ghost writers.#TrumpImpeachment #ImpeachmentDay

Barry Loudermilk says on the House floor Trump is being treated less fairly than Jesus when he was crucified.

“Pontius Pilot afforded more rights to Jesus than the Democrats have afforded to this President.”

He thinks Jesus received a better trial than Trump.