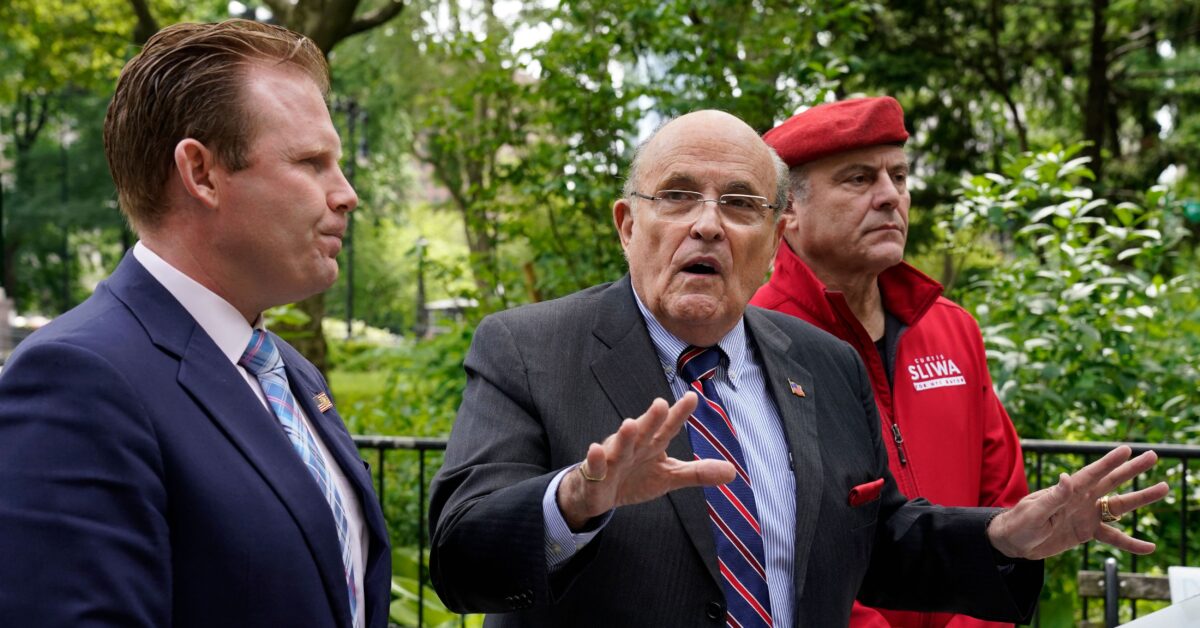 TIMOTHY A. CLARY/AFP via Getty Images

Daniel Gill, the man who allegedly assaulted Rudy Giuliani with a slap on the back, has legal representation and they are blasting the former New York City mayor and his account of the incident.

“Given Mr. Giuliani’s obsession with seeing his name in the press and his demonstrated propensity to distort the truth, we are happy to correct the record on exactly what occurred over the weekend on Staten Island,” the statement reads.

According to Gill’s counsel, he patted Giuliani on the back to get his attention and the charges he’s facing now are “not consistent with existing law.” They also allege an associate of Giuliani’s followed Gill after the confrontation, poked him in the chest, and “threatened” him, saying he was going to be “locked up.”

statement from the lawyer of the guy who patted Rudes on the back and then was arrested for fake “assault” pic.twitter.com/ZC7DuP3aTU

Giuliani has been talking plenty about the supposed assault, claiming he could have been killed.

“I’m 78 years old, I’m in pretty good shape for a 78-year-old. He could easily have hit me, knocked me to the ground, and killed me,” he said during a Facebook livestream.

He added later that it felt like a “boulder” hit him.

“I got hit on the back as if a boulder hit me. It knocked me forward a step or two. It hurt tremendously,” Giuliani, a lawyer himself who represented Donald Trump, claimed. Gill’s lawyers pointed out in their statement that Giuliani “sustained nothing remotely resembling physical injuries.”

The incident occurred at a ShopRite on Sunday while Giuliani was campaigning for his son, Andrew Giuliani.

Video of the seemingly modest incident has led to mockery of the Giuliani on social media. The footage shows Gill slap Giuliani on the back from behind. The two then exchange words. Gill reportedly said, “what’s up, scumbag?” and made comments in reference to the Supreme Court overturning Roe v. Wade.

Video of the “assault” on Rudy at ShopRite, where Rudy had the person arrested, and said if he wasn’t in better shape he would’ve fallen, cracked his skull, and died. pic.twitter.com/EpgSpPu2fk