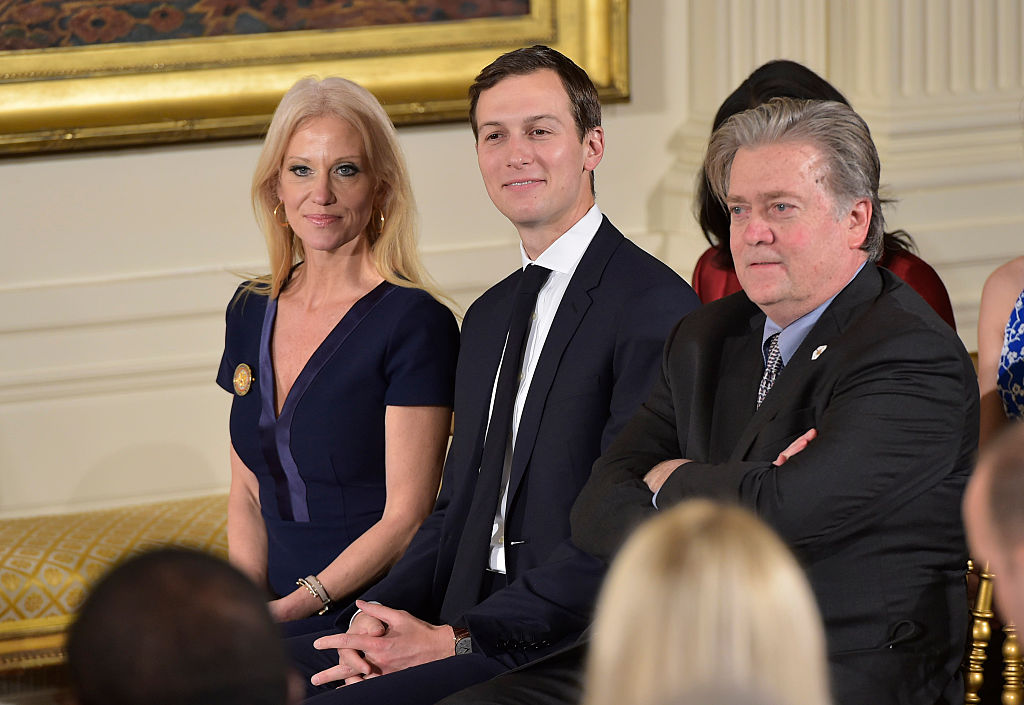 Kushner made the odd comments, which sparked a slew of media headlines in a conversation with former Trump official Richard Grenell. Kushner said:

From the last year, the one thing I’ve tried to put a priority on since I left the White House was, you know, getting some exercise in. I think that there is a good probability that my generation is, hopefully with the advances in science, either the first generation to live forever, or the last generation that’s going to die.

So, we need to keep ourselves in pretty good shape.

Jared Kusher did a live stream for his book, that has an amazing 535 views, where he said he thinks he is going to live forever pic.twitter.com/lM4E8K2R5D

Bannon had fun with the comment and shared on Gettr a barb aimed at Kushner, calling him a “Transhumanist.”

Bannon added Kushner “believes it’s a real possibility that he could ‘live forever and never die’ put himself in charge of Project Warp Speed, the effort to rush an experimental gene therapy/vaccine through trials toward an Emergency Use Authorization ….now things begin to become clear.” 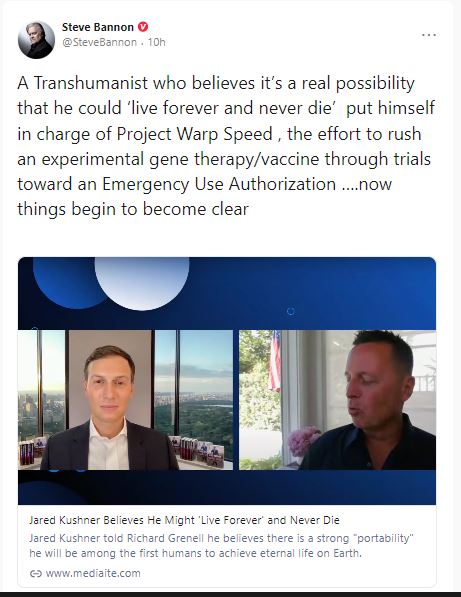 Encyclopedia Britannica defines “transhumanism” as a “social and philosophical movement devoted to promoting the research and development of robust human-enhancement technologies.”

Bannon, a close ally of former President Donald Trump, also appeared to hit the Trump administration over their quick rollout of Covid-19 vaccines and hinted at the conspiracy theories on the far-right that they were part of some greater devious social engineering plot. Such conspiracy theories recently led Alex Jones to endorse Florida Gov. Ron DeSantis (R-FL) for president, saying he “pig-headedly supported [Trump] a few years ago, even though I disagreed with his Warp Speed.”