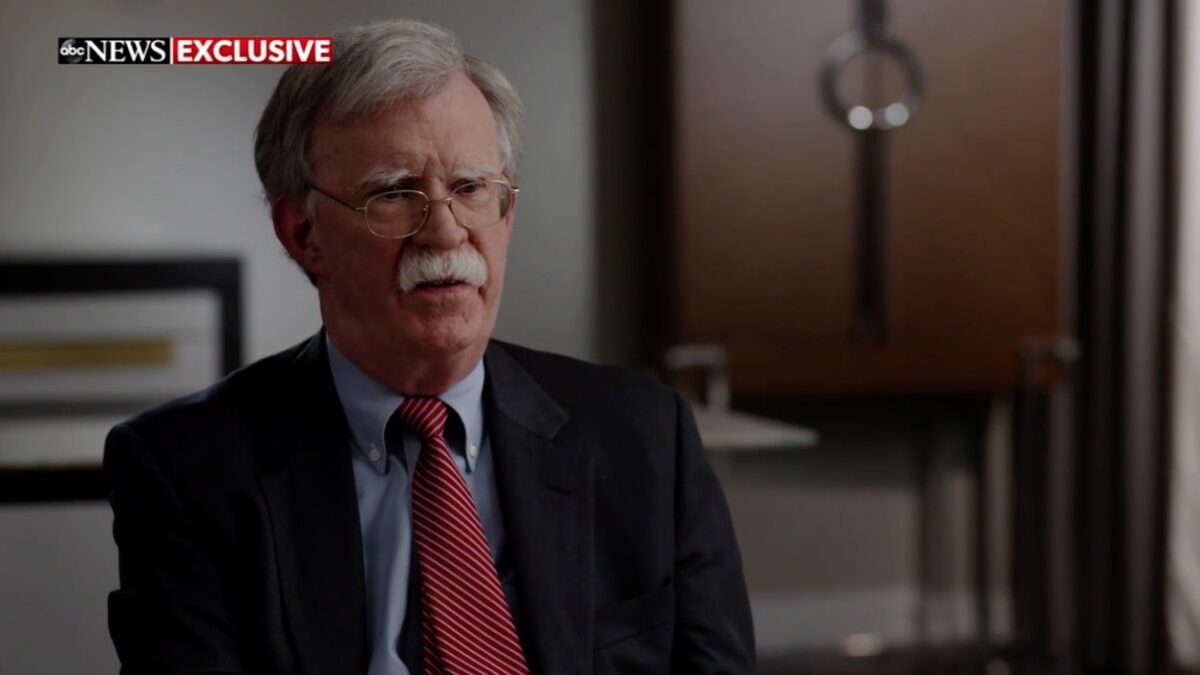 If President Donald Trump hoped that attacking John Bolton would shut down the public interest surrounding his former national security adviser, it appears that is not the case.

On Sunday, ABC aired Martha Raddatz’s exclusive interview with Bolton ahead of the release his explosive new book, The Room Where It Happened: A White House Memoir. According to Nielsen, ABC had the most watched program of the 9 p.m. hour in which it aired, and was the No. 1 show of the night in several critical metrics.

The show was tops among adults aged 18-49 (0.7/5), along with adults aged 25-54 (1.1/5) — both advertiser-coveted demographics. With 6.1 million people watching overall, the interview represented a 56 percent timeslot increase from ABC’s audience of 3.9 million last week, and it was the best summer number the network has posted in that slot since June 23, 2019.

Previews of Bolton’s book suggest that he witnessed numerous foreign policy shortcomings and impeachable acts while working for Trump. During his interview with Raddatz, Bolton continued to make waves by insulting Trump’s intelligence, ripping the president’s endeavors with North Korea, and expressing his hope that Trump will not win re-election.

Bolton is not the first person who has spoken negatively about Trump after leaving his administration; there have been numerous past examples where the president created a news cycle by blasting the people he hired to work for him. The New York Times’ Maggie Haberman noted that ABC’s numbers demonstrate Trump’s pattern of generating mass publicity for his former allies by attacking them — referencing Bolton’s ratings compared to Trump’s in a similar ABC primetime special last year.

Trump remains his enemies' greatest booster – Bolton's viewership for his ABC special last night w Raddatz was roughly 6 million, or, put another way, about double what Trump got for a special with ABC last year.