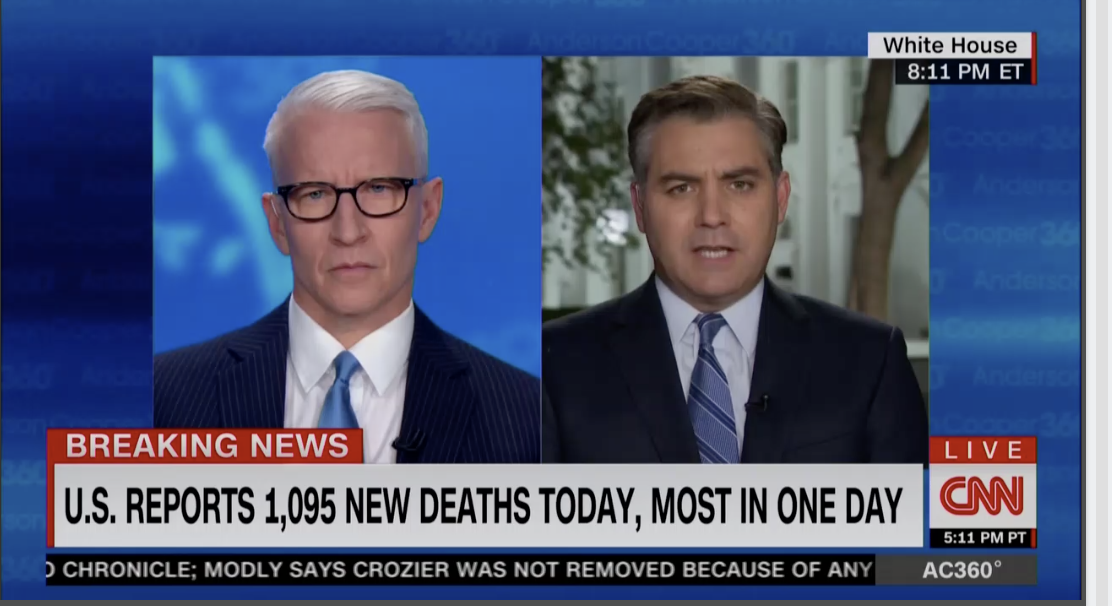 During the show, Cooper hosted CNN White House correspondent Jim Acosta, who teared into President Donald Trump for “being wrong so many times” about the coronavirus.

As President Trump’s White House coronavirus task force briefing was scheduled to start at 5 p.m., CNN’s Situation Room at the same time came in close second for total views (2.32 million), but was beaten by a number of other CNN shows in the 25-54 age demo after pulling in just 663,000.

The network’s coverage of the White House press briefing pulled in 1.93 million viewers and 301,000 in the demo.