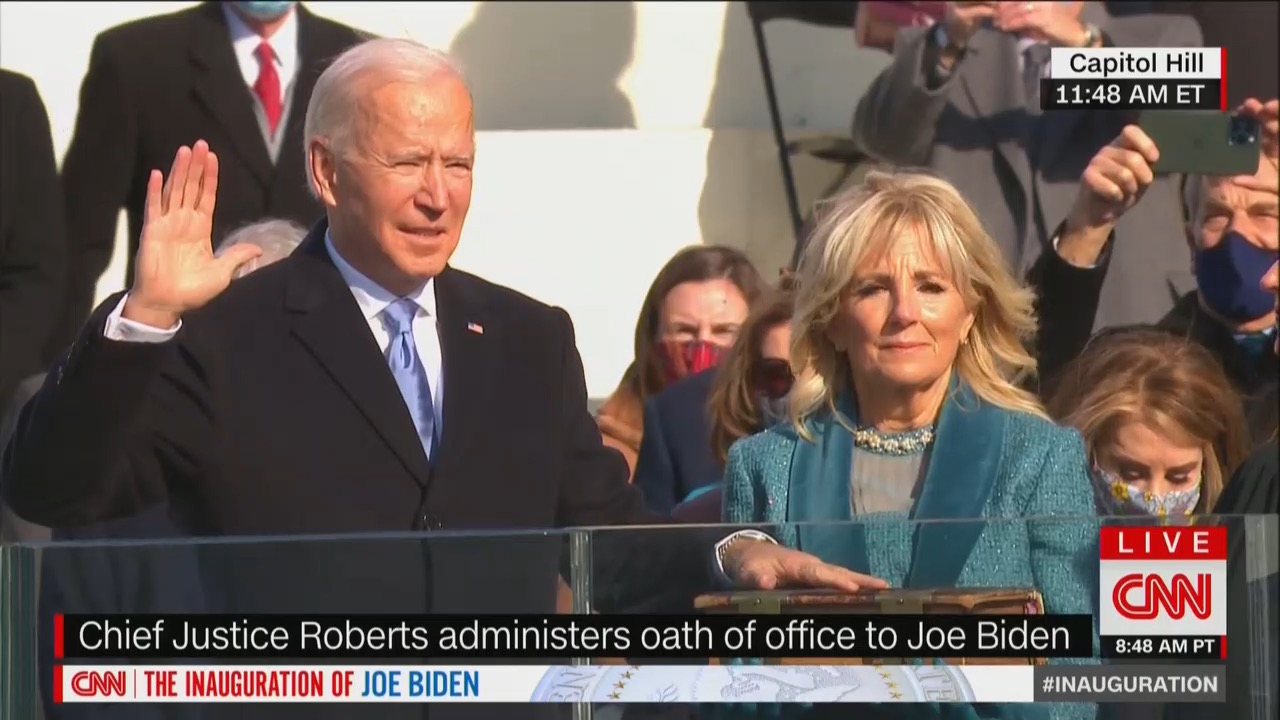 Nearly 40 million viewers tuned in as President Joe Biden took the oath of office Wednesday, some 1.5 million more viewers than former President Donald Trump’s 2017 swearing-in ceremony, with CNN getting the most viewers out of all the networks – broadcast and cable – covering the event.

From 11:45 a.m. to 12:15 p.m., during Biden’s swearing in and Inaugural Address, a total of 39.87 million viewers tuned in, topping the 38.35 million total viewers who watched Trump take the oath of office in 2017 (although neither Biden nor Trump came close to the 51.07 million who watched former President Barack Obama’s first swearing-in ceremony in 2009).

Over the course of the day, from 11:00 a.m. to 4:00 p.m., all six networks averaged, in total, 29.47 million viewers, with 8.51 million in the demo. During comparable coverage in 2017, 27.08 million viewers tuned in for Trump’s inauguration, although again, ratings for both Biden and Trump pale in comparison to the 34.51 million who watched special coverage of Obama’s inauguration in 2009.