Unnamed Senior White House Official Gets Mocked for Being ‘Ashamed’ by Trump Photo Op: ‘Then Resign’ 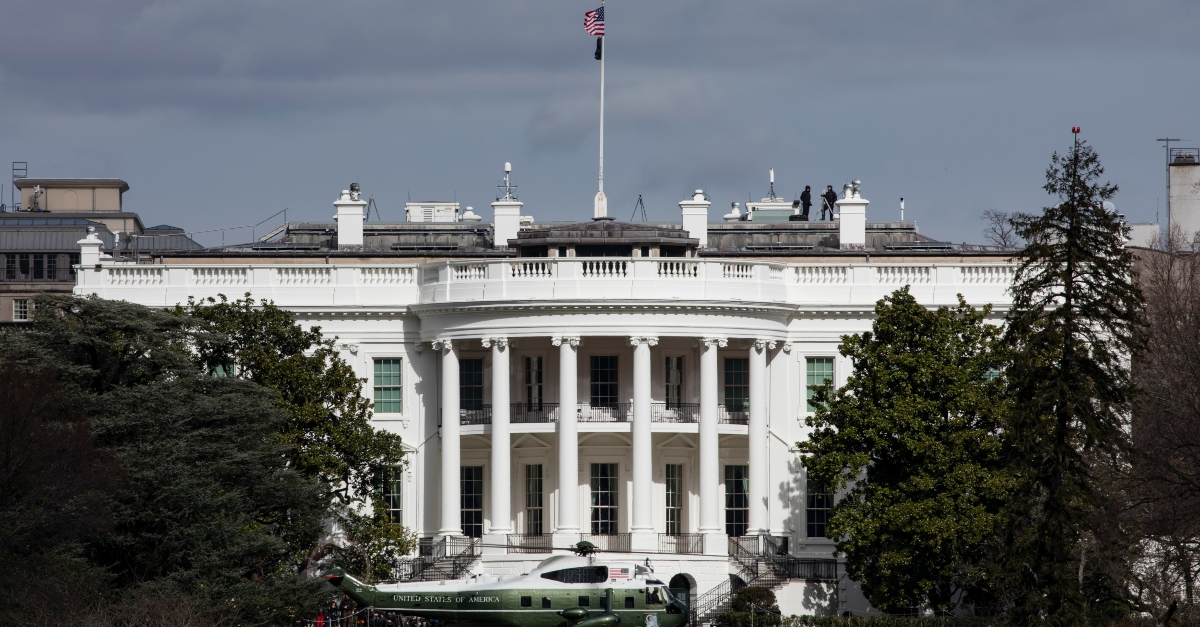 A White House official is reportedly outraged by President Donald Trump’s latest conduct amid the social unrest over George Floyd’s death, according to an Axios report which drew understandable snark for the anonymous and perhaps cowardice grief.

As protests continue throughout the country, Trump used a Monday speech from the White House to announce a crackdown on violence and riots, but placed minimal focus on the racial justice issues advanced by peaceful protesters. As Trump gave his speech, police fired tear gas and rubber bullets at protesters outside the White House, and once the crowd was cleared out, the president walked across Lafayette Park, held up a bible in front of the St. John’s Episcopal Church, and walked away shortly after his widely-panned photo op.

In Axios’ report on conversations within the White House over the last 48 hours, they describe Trump’s response to the national situation before turning to what staffers thought about the photo-op. While one senior aide was described “exuberantly telling friends” about Trump’s “iconic” photo op, Axios also had this in their report:

But a senior White House official told Axios that when they saw the tear gas clearing the crowd for Trump to walk to the church with his entourage: “I’ve never been more ashamed. I’m really honestly disgusted. I’m sick to my stomach. And they’re all celebrating it. They’re very very proud of themselves.”

Political observers, however, are not at all impressed by this unnamed official if he won’t go on record to take a stand against the president.

Why would that person remain in the job? Seems he or she should resign immediately, doesn’t it? https://t.co/1ysGvFXZcF

No one is forcing this anonymous wimp to stay. This coward should put their name to their critique and leave the administration. https://t.co/Ggv45311bq

So resign, White House official. Append your name to your concern. Have some guts. https://t.co/kRIWq6k3g1

So disgusted they’d only say it on background. https://t.co/vG1dTBY1RM

And does Mike ask: “If you are ashamed, why can I not use your name on the record? Do you feel like a coward in making these comments, not for attribution? Are you considering resigning?” Those are worthwhile questions—as opposed to letting people say these things off the record. https://t.co/wEQ9vFbjRD