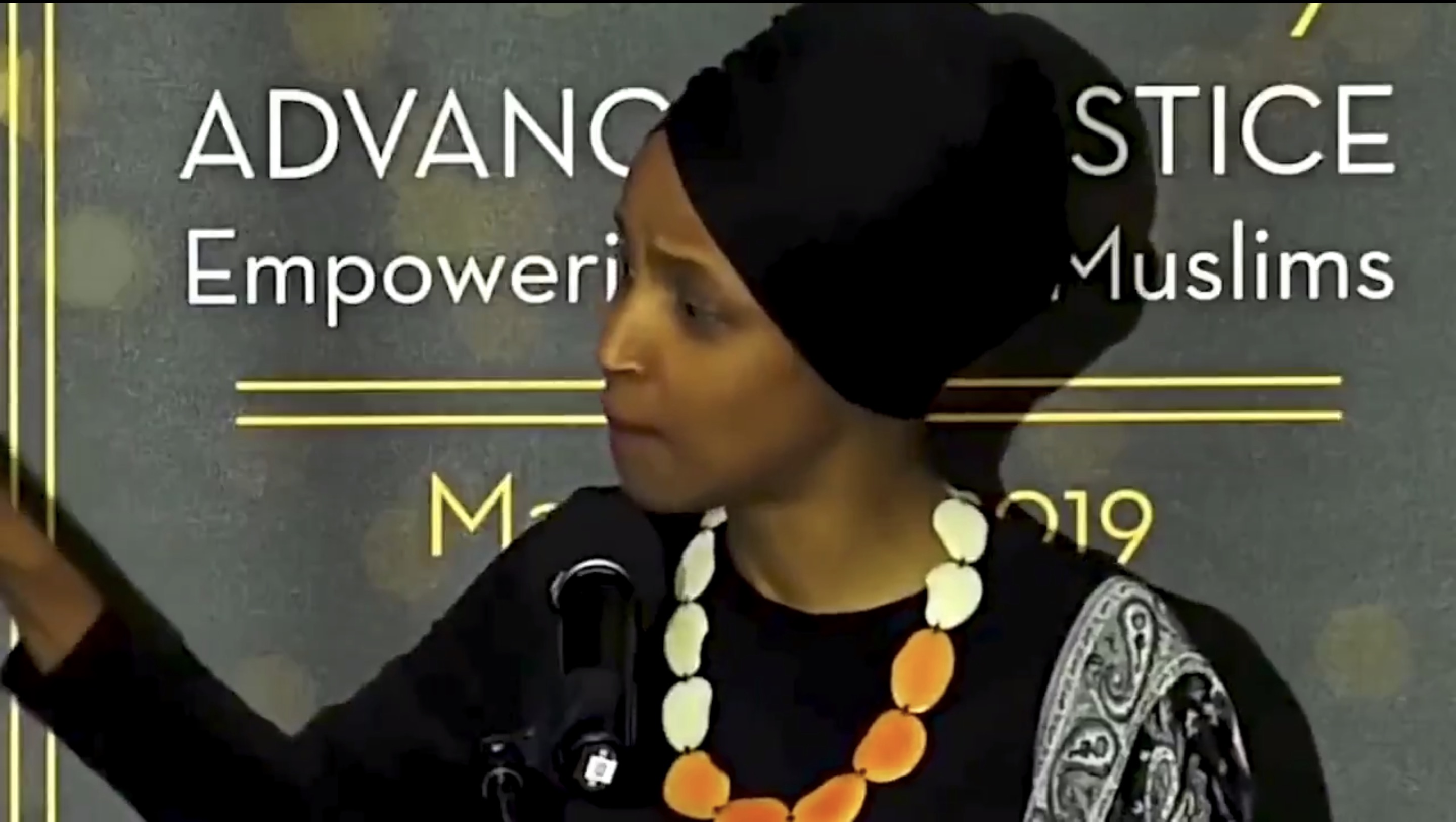 Democrats are weighing in on the controversy surrounding a clip of Rep. Ilhan Omar making a reference to 9/11. Not specifically to her comments, though, but rather President Donald Trump‘s tweet on Friday night, with a video showing clips of the attack on 9/11 interspersed with video of Omar speaking.

“For far too long we have lived with the discomfort of being a second-class citizen and, frankly, I’m tired of it, and every single Muslim in this country should be tired of it,” Omar said at a CAIR event last month. “CAIR was founded after 9/11 because they recognized that some people did something and that all of us were starting to lose access to our civil liberties.”

Those comments were resurfaced this week and condemned by the New York Post, eventually making their way to the president’s Twitter feed, in the aforementioned video that is now proudly pinned to the top of his profile.

In light of the recent death threats against Omar by a Trump supporter enraged by her Muslim faith, Democrats began speaking out against Trump’s video on Friday evening, starting with the 2020 candidates.

Ilhan Omar is a leader with strength and courage. She won’t back down to Trump’s racism and hate, and neither will we. The disgusting and dangerous attacks against her must end.

Someone has already been charged with a serious threat on Congresswoman Omar’s life. The video the President chose to send out today will only incite more hate. You can disagree with her words—as I have done before—but this video is wrong. Enough.

The President is inciting violence against a sitting Congresswoman—and an entire group of Americans based on their religion. It’s disgusting. It’s shameful. And any elected leader who refuses to condemn it shares responsibility for it.

We are stronger than this president’s hatred and Islamophobia. Do not let him drive us apart or make us afraid.

I am grateful for @IlhanMN‘s courage and leadership and I stand with her – and with others targeted by the President’s anti-Muslim rhetoric.

The threats against the life of @IlhanMN make clear what is at stake if we fail to to do this, and to beat back hate in all all its forms.

House Speaker Nancy Pelosi weighed in Saturday morning, though she did not name Omar in her tweets:

The memory of 9/11 is sacred ground, and any discussion of it must be done with reverence. The President shouldn’t use the painful images of 9/11 for a political attack.

Omar’s other colleagues joined in:

I was in the Congress and the Capitol at the time the united states was attacked – i saw the Pentagon, and people having to run for their lives in New York and as well the results of the brave persons on Flight 93 and the brave first responders throughout the nation…

..Again, let me thank all those who stood tall on that day, and those who defend this nation.

By attempting to politically weaponize a national tragedy, not only does @realDonaldTrump risk inciting violence but he devalues the lives lost on 9/11.

This is beneath the office of the presidency, immoral and unacceptable.

Our national discourse must be better than this!

Shame on @POTUS for inciting hatred against @IlhanMN and the Muslim community. His desperate attempt to distract from his failures is dangerous and contrary to our values. I condemn his life-threatening attack on my colleague and stand with her & our Muslim brothers and sisters.

The toxicity and hate this president injects into our society gets worse each day. Less than a week after the FBI arrested a man who threatened to assassinate Rep. Ilhan Omar, Trump and the Republican Party continue to stoke the flames that incite such attacks. They must stop.

Trump’s attacks on Rep. @Ilhan Omar in addition to those from right wing media and commentators, not only spew hate and division — they also put the life of a member of Congress in danger.