Pelosi Declines to Talk Trump at D-Day Ceremony: ‘I Don’t Talk About the President’ While Overseas 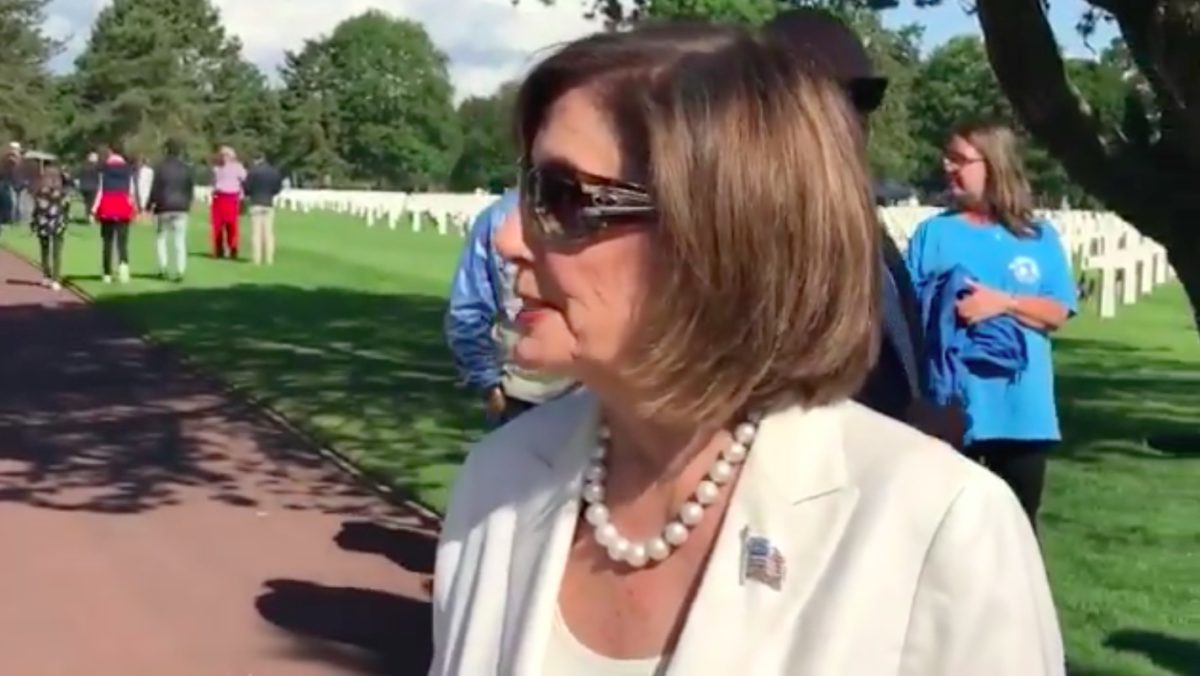 House Speaker Nancy Pelosi (D-CA) declined to respond to President Donald Trump’s comments while at today’s 75th D-Day commemoration ceremony in Normandy, France, saying instead that — as a matter of principle — she won’t go back and forth with the president while overseas.

“I don’t talk about the president while I’m out of the country,” said Pelosi after CNN White House correspondent Jim Acosta asked her about Trump’s remarks on tariffs. “That’s my principle.”

Pelosi declining to criticize Trump while at Normandy today: “I don’t talk about the president while I’m out of the country. That’s my principle.” pic.twitter.com/tPcaHnwK9m

The president does not share the same principles, as he appeared on Fox News host Laura Ingraham’s show this morning — an interview that delayed Trump’s D-Day ceremony with French President Emmanuel Macron by 15 minutes — where he rolled out a new nickname for the speaker.

“Nancy Pelosi, I call her Nervous Nancy, Nancy Pelosi doesn’t talk about it,” said Trump. “Nancy Pelosi is a disaster, ok? She’s a disaster. Let her do what she wants, you know what? I think they’re in big trouble.”

In recent weeks, the relationship between the president and the top Democrat has become increasingly bitter as a result of Trump storming out of a legislative meeting in response to Pelosi discussing impeachment. Pelosi accused Trump of throwing a “temper tantrum” in front of the congressional and White House officials, which has led to the president upping his attacks against her.