Trump Blames 'Fake Polling' After Reports His Numbers Down

Trump Blames ‘Fake Polling’ as ‘New Weapon of Choice’ By Fake News: ‘Made Up & Don’t Even Exist’ 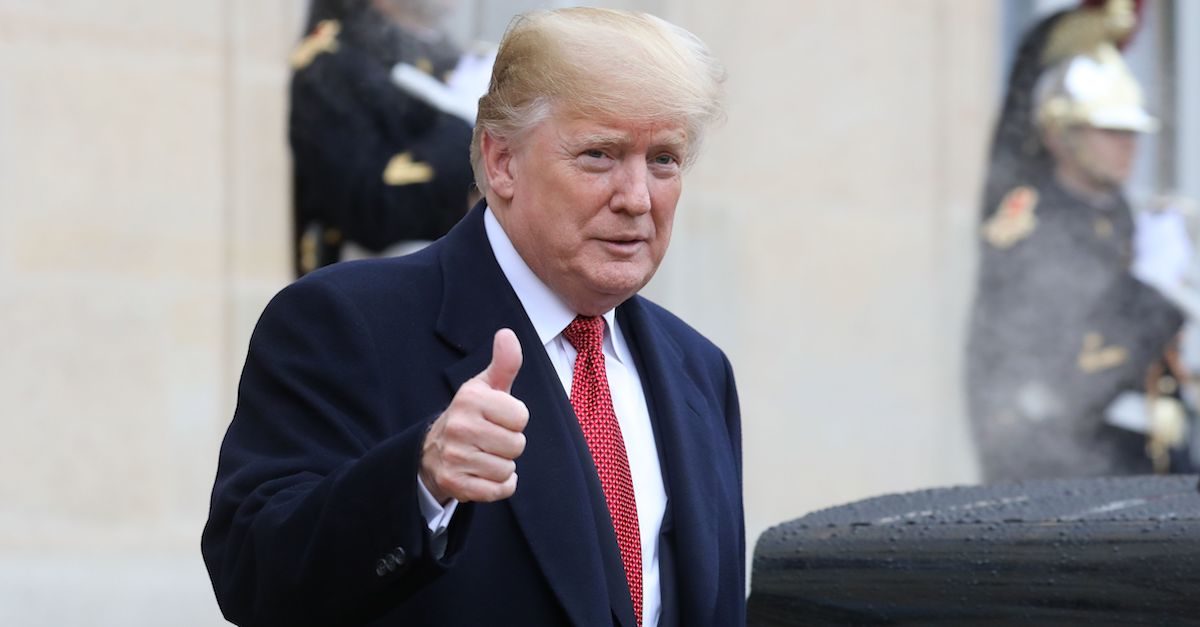 President Donald Trump reopened a new front in his attacks on American institutions when he derided the very political polling that he reportedly told staffers to lie about.

Internal White House polling has reportedly confirmed what many other polls have revealed: that in a head to head race with many Democratic candidates, Trump comes up with the short end of the stick. As polling numbers have become more commonly reported, it appears that Trump is pushing back in an effort to diminish their impact.

The Fake News has never been more dishonest than it is today. Thank goodness we can fight back on Social Media. There new weapon of choice is Fake Polling, sometimes referred to as Suppression Polls (they suppress the numbers). Had it in 2016, but this is worse………

…..The Fake (Corrupt) News Media said they had a leak into polling done by my campaign which, by the way and despite the phony and never ending Witch Hunt, are the best numbers WE have ever had. They reported Fake numbers that they made up & don’t even exist. WE WILL WIN AGAIN!

The NY Times reported that Trump told aides to deny internal polling that showed him Trailing to Biden in key states:

After being briefed on a devastating 17-state poll conducted by his campaign pollster, Tony Fabrizio, Mr. Trump told aides to deny that his internal polling showed him trailing Mr. Biden in many of the states he needs to win, even though he is also trailing in public polls from key states like Texas, Michigan and Pennsylvania. And when top-line details of the polling leaked, including numbers showing the president lagging in a cluster of critical Rust Belt states, Mr. Trump instructed aides to say publicly that other data showed him doing well.

If this rhetoric seems familiar from Trump, he hit a similar note in the days just before the midterm elections of 2018:

So funny to see the CNN Fake Suppression Polls and false rhetoric. Watch for real results Tuesday. We are lucky CNN’s ratings are so low. Don’t fall for the Suppression Game. Go out & VOTE. Remember, we now have perhaps the greatest Economy (JOBS) in the history of our Country!