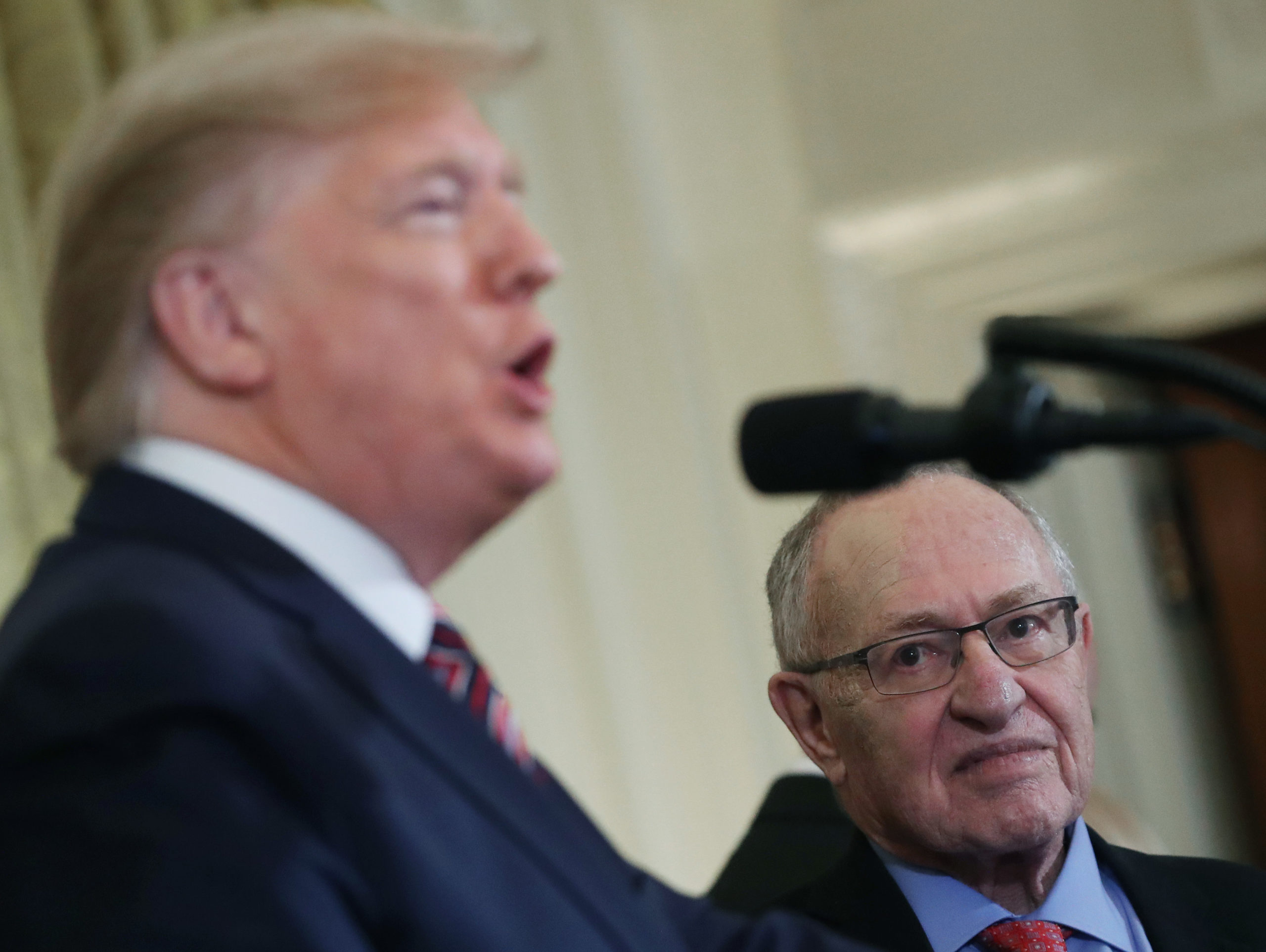 Lawyer and professor Alan Dershowitz has been one of President Donald Trump’s most prominent, vocal, and ardent defenders on television over the last several years. Now, the commander-in-chief is said to be considering having Dershowitz defend him for real.

According to ABC News, multiple sources say that Trump is mulling the addition of Dershowitz to his legal team. Maggie Haberman of The New York Times, who confirmed the report, notes that Dershowitz would handle the part of the defense dealing with the Constitution.

Dershowitz has come under scrutiny in recent months for his connection with Jeffrey Epstein, whom he previously represented. Virginia Roberts Giuffre claims that she had sex with Dershowitz as a victim of an Epstein-run sex trafficking ring. Dershowitz has denied Giuffre’s claim.