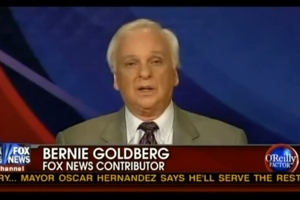 Fox News contributor Bernie Goldberg has finally found a subject on which he can praise the New York Times: the publication last night of top secret military documents uncovered by the website Wikileaks. Supporting the leak as long as it “doesn’t hurt either American troops or the ability to gather information,” Goldberg noted that, in this case, the NYT has treated the Obama administration the same as the previous one.

Goldberg outlined his metric of determining whether the leak was justified to Laura Ingraham, filling in for Bill O’Reilly: “If the release of classified documents puts out troops in harm’s way… I’m against it, you’re against it, virtually everyone is against it.” But, in this case, he is not entirely sure if that is true, and he would be even more suspicious of the danger if there was no government intent to bring the people behind the operation to justice:

“If they are harmful, then prosecute the leakers. You’re allowed to do that. And if you don’t prosecute the leakers, then I have to wonder how harmful the release of these documents really are [sic]. Because this war looks to me a lot like nationbuilding, and that makes me very uncomfortable, so the more information the better, as long as it doesn’t hurt either American troops or the ability to gather information.”

Goldberg also makes a prediction about President Obama’s visit to his “cousin” on The View, Whoopi: “Whoopi Goldberg is going to give him the hardest time on that couch.”