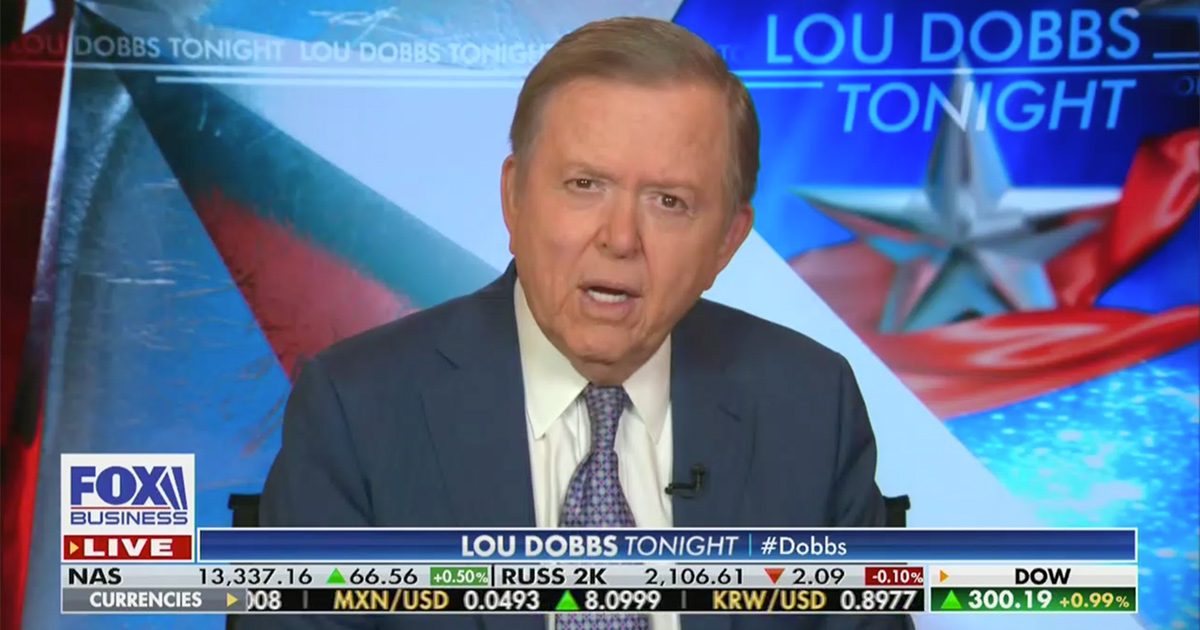 Fox News has confirmed the news in a statement to Mediaite, saying, “As we said in October, FOX News Media regularly considers programming changes and plans have been in place to launch new formats as appropriate post-election, including on FOX Business – this is part of those planned changes. A new 5PM program will be announced in the near future.”

Next week, FBN will start airing Fox Business Tonight in the interim. It will be hosted by Jackie DeAngelis on Monday and Tuesday, then David Asman Wednesday through Friday.

Lou Dobbs joined Fox Business Network a little over ten years ago, and in the past few years he’s become notable as one of the most pro-Trump hosts on cable news.

But more recently Dobbs has come under serious criticism for pushing baseless claims about the 2020 election. After Smartmatic threatened legal action, citing comments from Dobbs and others, a stunning fact-check aired on Lou Dobbs Tonight and two Fox News programs.

Clearly Smartmatic was not satisfied with the segments, as they filed a lawsuit against Fox News that named Dobbs, Maria Bartiromo, and Jeanine Pirro. Fox News said in a statement, “FOX News Media is committed to providing the full context of every story with in-depth reporting and clear opinion. We are proud of our 2020 election coverage and will vigorously defend this meritless lawsuit in court.”