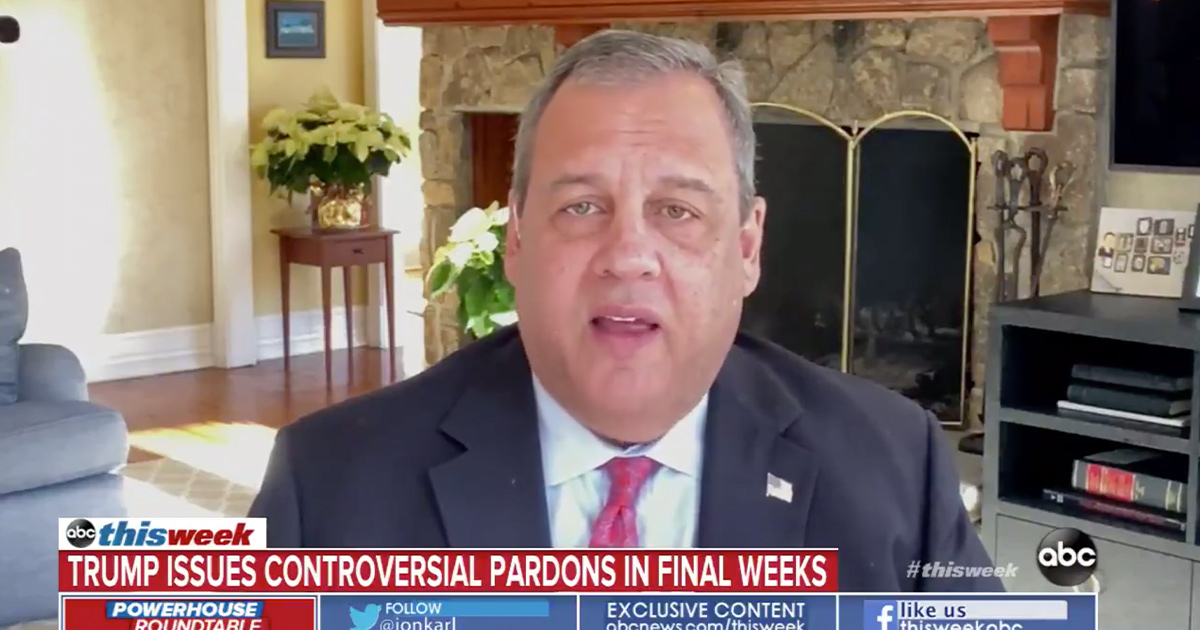 Chris Christie — a Trump ally who has been more critical of the president recently for his refusal to accept the reality of the election — prosecuted Kushner at the time and just last year said, “If a guy hires a prostitute to seduce his brother-in-law and videotapes it, and then sends the videotape to his sister, to attempt to intimidate her from testifying before a grand jury, do I really need any more justification than that? I mean, it’s one of the most loathsome, disgusting crimes that I prosecuted when I was U.S. attorney!”

.@GovChristie to @JonKarl on Kushner pardon: "What it doesn’t overshadow, is the extraordinary work my office did 16 years go. Remember, the case was not tried. He pled guilty. The responsibility I had at the time was to prosecute federal crimes without fear or favor.” pic.twitter.com/iS25KGkI6e

So during ABC’s This Week Sunday, Jon Karl asked Christie for his reaction to the pardon.

“What it doesn’t overshadow is the extraordinary work that my office did 16 years ago,” Christie responded. “Let’s remember that the case was not tried. Mr. Kushner pled guilty. So we’ll stand on the record of our prosecution at that time… That’s the only thing that really matters to me. The responsibility I had at the time was to prosecute federal crimes without fear or favor.”

Frank Luntz pointed out that the pardon of Charles Kushner means that Jared and Ivanka Trump’s children are in the rather notable position of having one grandpa pardoning the other grandpa.