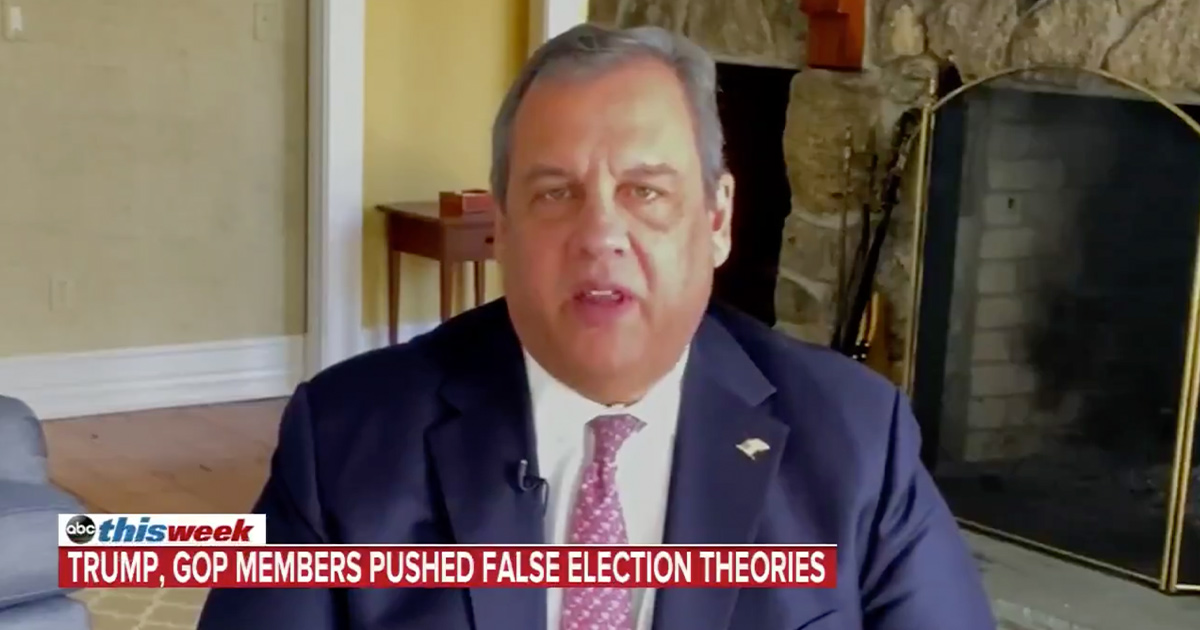 Chris Christie said on ABC’s This Week Sunday morning it’s “shameful” that Republicans have been engaging in baseless claims about the 2020 election results.

Christie said the U.S. needs election reform, but added, “This election was not stolen. All of the facts point in that direction.”

“This election was not stolen … there were no type of irregularities that would have changed the result in one state,” Chris Christie says, adding that Republicans making the claim are trying to score "political points” with people Trump “lied to.” https://t.co/oQYlmOfsHG pic.twitter.com/HcW8pihN1k

“I made decisions based upon evidence, not based upon feelings or partisanship or loyalty,” he continued. “While every election has some irregularities, and I’m sure this one did too, there were no type of irregularities that would have changed the result in any one state, let alone the four states that would need to have been changed for the result of the election to have been changed.”

And while not mentioning specific names, he took shots at Republicans “trying to make political points with those people who the president and others lied to about this.”

Earlier on in the program, Senator Rand Paul repeatedly refused to acknowledge the election wasn’t stolen.