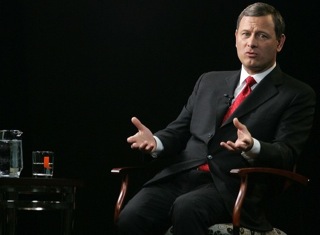 The bold and blind confidence that we can, as individuals, do better than others at anything they may try their hand at is a uniquely American state of mind– one that went into overdrive this morning when major cable news networks got the Supreme Court’s decision on the Affordable Care Act exactly wrong. Most of the criticism– as most criticism usually does– came from many who had yet to read the full decision, and underestimated Justice Roberts’ ability to provide a twist ending so egregious it threatens to become the hallmark of his tenure as Chief Justice, overshadowing all the good and decent jurisprudence accumulated under his name since his appointment.

Before getting into the weeds of Justice Roberts’ opinion, it is important to note that none of the criticism herein has anything to do with the political ramifications of this ruling. When Justice Roberts writes, with a barely palpable hint of disdain, that “it is not our job to protect the people from the consequences of their political choices,” he deserves to be taken at his word. And even for the most ardent opponent of the Affordable Care Act, the worst case scenario of the ACA going into practice pales in comparison to the embarrassingly shoddy jurisprudence Justice Roberts uses to bolster his opinion. And that– not the effects of the decision– is where the outrage should all be directed.

Networks had reason to believe this morning that Justice Roberts had actually acted to overrule the ACA– he gave them a good 40 pages of of it (the PDF of the entire Court decision is a totally manageable 193 pages). Dividing the issue into one of the Commerce Clause and one of the Necessary and Proper Clause, Justice Roberts takes the time to explain why interstate commerce has nothing to do with the individual mandate and why said legislation might be “necessary,” but not “proper.”

He follows that up with an explanation for why forcing people to purchase certain things or behave a certain way is not only unconstitutional, but unamerican:

People, for reasons of their own, often fail to do things that would be good for them or good for society. Those failures– joined with the similar failures of others– can readily have a substantial effect on interstate commerce. Under the government’s logic, that authorizes Congress to use its commerce power to compel citizens to act as the Government would have them act.

That is not the country the Framers of our Constitution envisioned.

Even before explaining his reasons for why the individual mandate is unconstitutional, Justice Roberts had to explain why the suit against the government was valid. And to do that, he needed to argue for several pages that a fine on those who do not purchase insurance is not a “tax” by definition. That’s because the Anti-Injunction Act, which forces those who intend to sue on an unfair tax to pay it and receive reimbursement later, doesn’t allow for suits on taxes that aren’t yet set in motion. The Anti-Injuction Tax doesn’t apply here, Justice Roberts ardently explained, because “there is no immediate reason to think that a statute applying to ‘any tax’ would apply to a ‘penalty.'” He notes that because Congress called the fine a “penalty” and called other things in the bill a “tax,” the Court is obligated to assume that they deliberately refused to call the fine a “tax,” as precedent dictates.

All of these arguments against the individual mandate are logical, valid, and on solid historical footing. So what happened?

The only answer Justice Roberts gives to why the Court ultimately ruled the way it did appears somewhere on the 39th page of the ruling– a sign any high school English teacher could tell you that the student started writing his essay with a completely different thesis in mind, and shifted gears halfway. The individual mandate, Justice Roberts concludes, is a tax after all, because some people say it is.

It is well established that if a statute has two possible meanings, one of which violates the Constitution, courts should adopt the meaning that does not do so. Justice Story said 180 years ago: “No court ought, unless the terms of an act rendered it unavoidable, to give a construction to it which should involve a violation, however unintentional, of the constitution.” […]

The question is not whether that is the most natural interpretation of the mandate, but only whether it is a ‘fairly possible’ one.”

It is possible to twist the fine print into a pretzel and make it look like a tax, and that’s enough for Justice Roberts on Page 41, who is apparently a different person than Justice Roberts on Page 20. This Justice Roberts believes that the fine “it makes going without insurance just another thing the government taxes, like buying gasoline or earning income. And if the mandate is in effect just a tax hike on certain taxpayers who do not have health insurance, it may be within Congress’s constitutional power to tax.” Even more offensive to the sensibilities of any lawyer is the fact that, through it all, Justice Roberts makes clear he is aware of the discrepancy in thought. In fact, he highlights it, claiming that, because Congress chose not to use the label “tax,” it doesn’t apply for the purposes of the Anti-Injunction Act, as that choice remains up to the legislature. “That choice does not, however, control whether an exaction is within Congress’s constitutional power to tax,” he declares, for some reason.

On its face, his point appears sensible– a tax by any other name would sting just as harshly, so what Congress decides to call it shouldn’t matter. If that were the case, however, Justice Roberts should have simply thrown out the lawsuit for violating the Anti-Injunction Act. The fine for not having insurance is either a tax or it isn’t; it is either imposed by the IRS or it is not; it either invalidates this lawsuit or it doesn’t. Justice Roberts cannot have it both ways here, whether one politically supports the ACA or doesn’t. That he thinks his statement would be enough to explain the turnaround to the average reader, perhaps assuming they would forget his stance on the matter 20 pages before, is an insult to the reader’s intelligence. That, ultimately, is the truly unseemly nature of this decision– not upholding a move by the state to tell the individual what is best for them; not that the Court almost invalidated a mandate that looks pretty much like a number of other constitutional mandates.

Justice Roberts thinks he can get away with changing his mind in the middle of a decision after going to such lengths to write an eloquent takedown of his own position. He likely will, after embarrassing a number of media outlets in the process. In a job with infinite tenure, he has nothing to worry about. But it is he who truly deserves the deluge of outrage that will inevitably fall on legislators and the President, on pundits and doctors alike.