Steve Bannon is Now the Hillary Clinton of Trumpism
Opinion

Steve Bannon is Now the Hillary Clinton of Trumpism 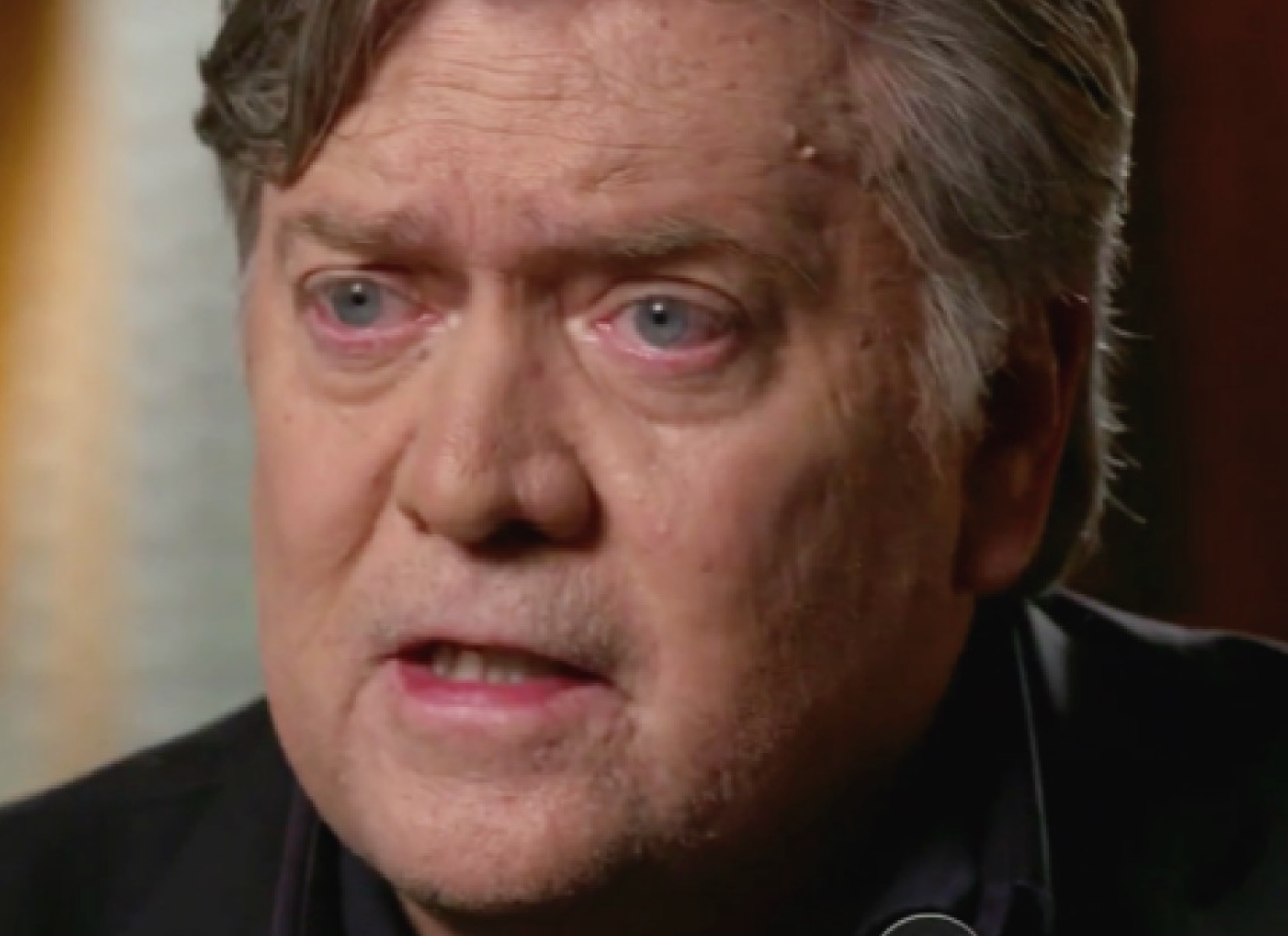 In a historically ugly election, Democrat Doug Jones defeated Republican Roy Moore in what normally would have been a blowout for the GOP. It’s clear that the Washington Post bombshell report derailed Moore’s campaign and in the midst of the #MeToo movement, it made enough of an impact for Alabama Republicans to either stay home, write-in candidates, or even vote across the aisle.

And in the wake of every election, the blame game always ensues. So who’s to blame for this? Some will blame President Trump for his mostly arms-length support for the candidate or, as Democrats will claim, for the anti-Trump sentiment in the country. Others will blame Senate Majority Leader Mitch McConnell for getting heavily involved in the primary by backing Luther Strange.

But the biggest blame belongs to one man: Steve Bannon.

Since his firing as the White House chief strategist, Bannon promised to “wage war” against the establishment and he vowed to find primary challengers in virtually every GOP race (aside from Ted Cruz). And perhaps it’s a fight worth having against Republicans who block Trump’s legislative agenda. In this race, in particular, Bannon painted Strange, who was already serving as Alabama’s senator since Jeff Sessions became Attorney General, as the “establishment candidate,” especially since he was backed by McConnell, an arch rival of Bannon’s. Both McConnell and Bannon are to blame for not backing Mo Brooks, a wildly popular conservative in who also ran in the Alabama primary, but Bannon got his way and had enough influence among Alabama Republicans to vote for the judge.

Can an argument be made that Strange and Brooks weren’t “Trumpian” enough? Sure. But at least they weren’t polarizing and controversial. Even before allegations of sexual misconduct came out against him, Roy Moore had a history of being a bigot. From saying homosexuality should be illegal to thinking Muslims shouldn’t be allowed in Congress, his intolerance for others is truly disgusting. His remarks blaming America “turning away” from God for 9/11 and Sandy Hook were despicable.  On top of that, he had a shoddy political record. Aside from his battle over his Ten Commandments statue that earned him a cult following, he was fired twice as a judge and he had two failed runs for governor. So Moore had a ton of red flags leading up to this race.

Obviously, things were turned upside down when several women accused him of harassment and assault, some of whom were teenagers. Not only were the allegations credible, Moore’s denial was unconvincing. If he, in fact, was wrongfully accused, his interview with Sean Hannity should have been a cakewalk. Instead, he stumbled. And after that, he changed his story from knowing some of these women to flat-out denying knowing any of them.

And even if Moore wasn’t a child molester, all of his surrogates who defended the candidate only made matters worse. From the insane religious comparisons, the pointing to the “group of non-accusers,” to the utter stupidity that came from that campaign, none of them presented Moore as a person Alabama voters should vote for. For goodness sakes, even his wife Kayla Moore botched their “we’re not anti-Semitic” defense by uncomfortably declaring that one of their lawyers “is a Jew.”

Which brings us back to Bannon. Between the nauseating allegations made against Moore to the incompetent campaign, Bannon chose not to pressure the candidate to drop out of the race like the vast majority of the party did and instead doubled down with his support. He used Breitbart to discredit Moore’s accusers. Plus, he made an ass out of himself with his attacks on Mitt Romney and he made a complete ass out of himself when going after MSNBC’s Joe Scarborough. And in the end, his candidate still lost.

Wasn’t Bannon supposed to be this “master political strategist?” Wasn’t he supposed to be this shadowy, powerful figure in conservative America? Maybe he was and his best days are behind him. Yes, he can still brag about how he helped get Trump over the finish line during the 2016 election, but it’s way easier when your opponent is someone as unlikable and distrusting as Hillary Clinton. And Doug Jones was no Hillary Clinton.

In many ways, Steve Bannon is actually a lot like Hillary Clinton. Both are past their prime. Both have shamelessly defended sexual predators. Both no longer have influence in their respective parties. Both are politically tainted and toxic. And both lost elections they should have won, even more so for Bannon.

Clinton had the political establishment, Hollywood, and the media behind her, but she was the epitome of everything wrong with the status quo and that led to Trump’s victory. Bannon’s candidate was a Republican in the deep red state of Alabama, but the empowerment of sexual harassment victims buried him and that led to Jones’ victory. You can even say that Bannon was a bigger loser in Alabama than Clinton was in 2016. At least she still won the popular vote.

When Bannon left the White House, he felt emboldened to lead the Trumpism movement from the outside. If the Alabama senate race proved anything, he led Trumpism off a cliff. How can anyone take him seriously after such a devastating defeat? He humiliated himself for picking the one GOP candidate in the Alabama primary who would lose to a Democrat. And Bannon made the same mistake Democrats did in 2016 by nominating the one candidate that would lose to Trump. He should be embarrassed to show his face in public for needlessly handing a precious Senate seat to the Democrats.

Bannon must ask himself if fighting this civil war among Republicans was worth it. And will it be worth it in 2018 when the stakes are so much higher? If it is, Bannon should consider finding someone else to lead the fight. Because he clearly can’t handle it.