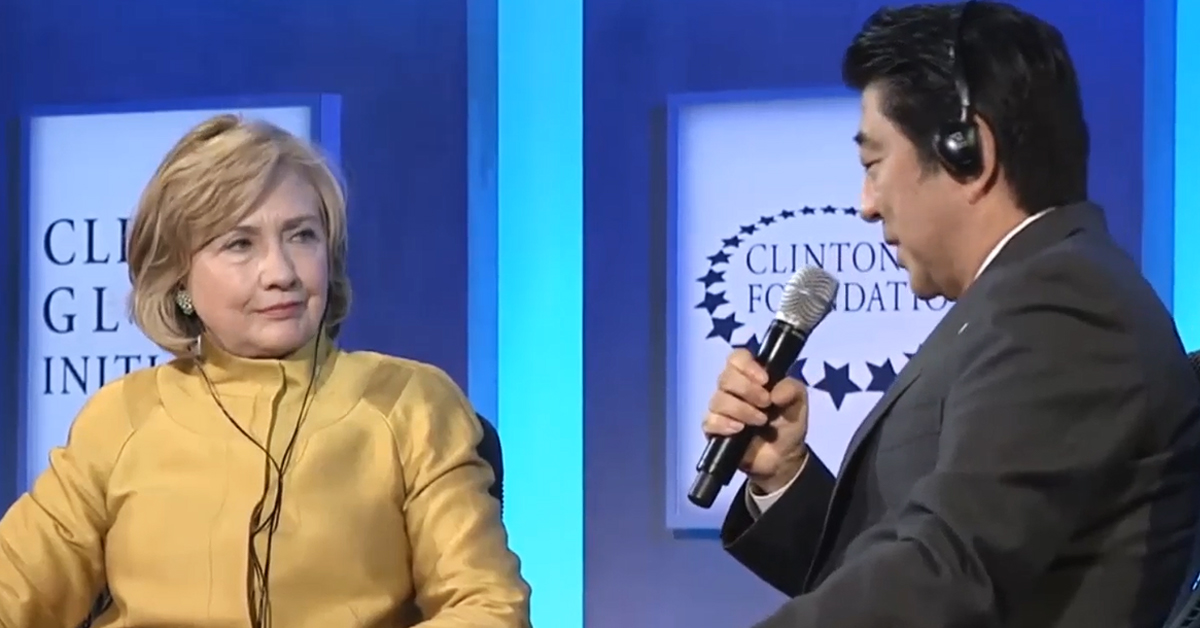 Both Reuters and the Associated Press fact-checked a tweeted image on Saturday that appeared to be — but was not — a screenshot of former prime minister of Japan Shinzo Abe tweeting about Hillary Clinton the day before he was assassinated.

The fake image is part of a long-running meme on the right that satirically blames sudden or unexpected deaths on former secretary of state Clinton — a theme that only becomes more popular when pushed back against.

The image is a photoshop of a tweet reading, “I have information that will lead to the arrest of Hillary Clinton.”

It was shared by author Michael Malice with emojis for emphasis.

The meme went viral before it was fact-checked by Reuters and the Associated Press, resulting in their tweets trending as well, and eventually in a curated and promoted topic on Twitter. 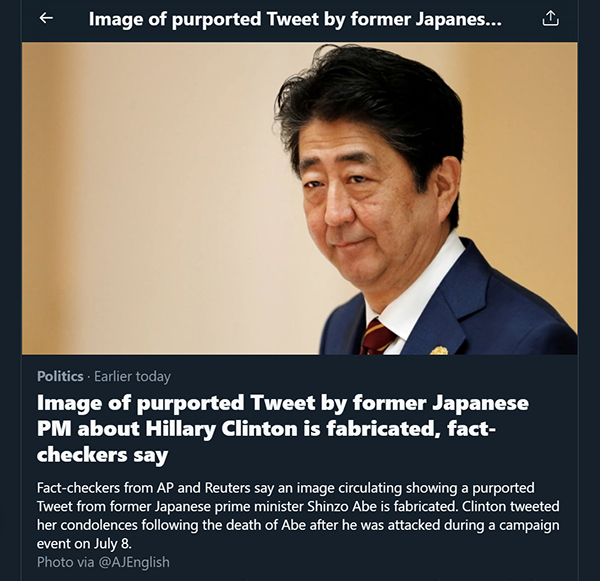 That phrase, or slight variations, is well-established on the internet as a meme, and results in seemingly endless fact-checks. Past examples include a fake Ruth Bader Ginsburg tweet that was fact-checked more than once, not to mention Anthony Bourdain (fact-checked by Reuters), Kobe Bryant (fact-checked by Politifact), and Halyna Hutchins (fact-checked at CheckYourFact).

One of the earliest examples was after the death of actor Gene Wilder. And it is not limited to real people dying. 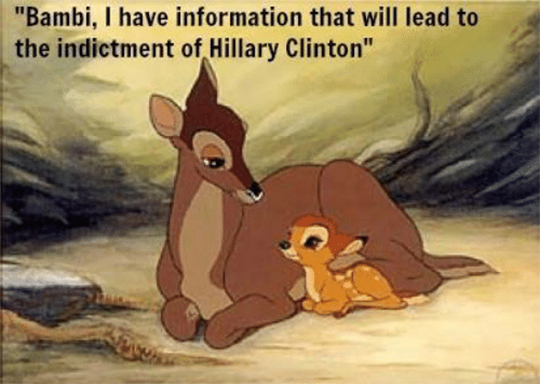 The phrase as a kind of morbid, weird joke is so popular, in fact, that it has its own entry at Know Your Meme.

It’s not just that particular phrase. The suicide of Jeffrey Epstein and his associates has prompted so many Hillary Clinton references that even Republican Sen. Ted Cruz got in on it.

Anyone know where Hillary was this weekend? https://t.co/ewlCbfxRE6

Still, on Saturday the latest was the AP fact-checking the Shinzo Abe version of the meme. Painstakingly.

CLAIM: A screenshot shows that Shinzo Abe, the former prime minister of Japan who was assassinated on Friday, tweeted: “I have information that will lead to the arrest of Hillary Clinton.”

AP’S ASSESSMENT: False. Abe did not tweet this statement, which is a reference to a long-running internet meme. A screenshot purporting to show the tweet has been fabricated. Abe’s verified Twitter account uses a different username and profile picture than the ones shown in the altered image. The Japanese text in the altered image does not mention Clinton, either.

Malice noted the phenomenon in a separate tweet on Saturday.

For the first time (though not by name) I'm trending on Twitter pic.twitter.com/ZhYr5K7I0h

Other observations were made by conservatives about the swift and thorough checking of certain topics.

Amazing how easily and quickly they can check facts when they really want to.

Still, all the memes aside, there’s at least one that we’re pretty sure is totally legit and real.