Who Said Trump Would Have Second Term?
They Were Wrong. 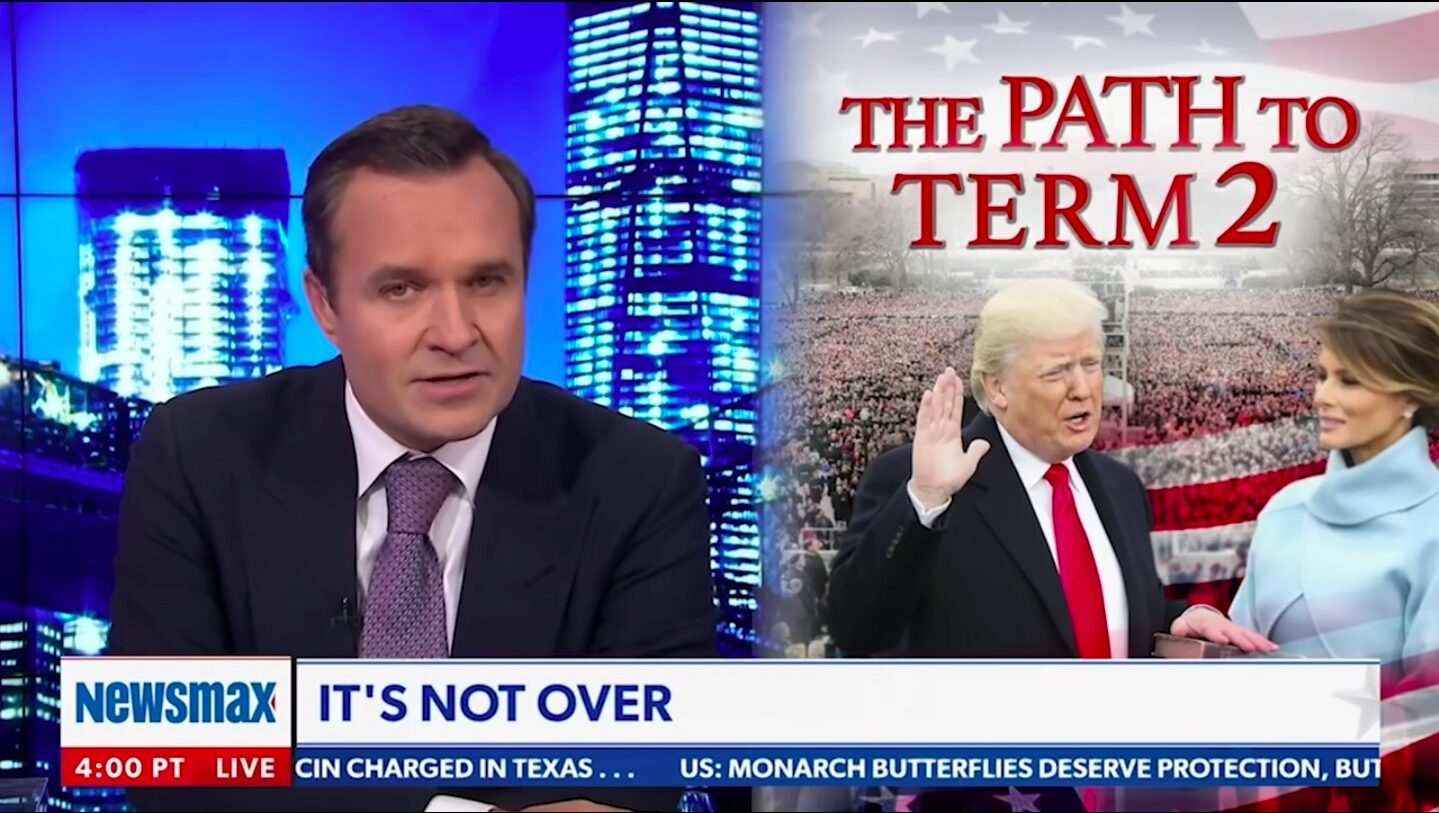 They said this wouldn’t happen — Joe Biden was not going to be inaugurated as the 46th president today.

Of course, it did just happen — and responsible media and political figures recognized that reality as far back as November 4th.

But for these die-hard Trump supporters, misleading a legion of dead-end MAGA fans — and fueling toxic conspiracies like those from QAnon extremists — was more important than grappling with now ex-President Donald Trump’s clear, certified loss in the 2020 election.

Just two days after the election, the former White House chief strategist and receiver of a brand new shiny pardon, was talking up a ridiculous, byzantine alternative to overturning the will of the voters: a “contingent election.”

“It will be the thing, I believe, that will formally elect Donald Trump to be the next President of the United States,” he said during a War Room: Pandemic podcast.

Trump’s Secretary of State got in on the action a few days later — after multiple news networks had called the election for Biden — snidely telling a reporter at a State Department briefing that “there will be a smooth transition to a second Trump administration,” when asked about the upcoming handover to Biden’s team. “We’ll have the transition necessary to make sure that the State Department is functional today, successful today, and successful with the president who’s in office on January 20th a minute after noon,” he added.

And though Pompeo chuckled after his “second Trump administration” crack, he also refused to take the opportunity to walk it back or say he was joking when asked about it later.

The White House trade advisor — and pusher of a delusional, greatest-hits dossier of the “Big Lie” election conspiracies — informed Fox Business host Maria Bartiromo on November 14th that “our assumption is the second Trump term, we think he won that election, and, any speculation about what Joe Biden might do I think is moot at this point.”

Two days into the New Year, Navarro was still in the throes of denial. He told Fox News’ Jeanine Pirro, whose tax-evading ex-husband also just got a last-minute Trump pardon, that the the date of Biden’s inauguration can be pushed back in order to explore more fake election fraud claims, ignoring a pesky little thing called the 20th Amendment of the Constitution. “We can go past that date, if we need to,” Navarro wrongly insisted. “And we have got to get this right… We need to take it back for the people.”

Trump’s own White House press secretary was not about to let the overwhelming amount of vote tallies shake her confidence in Trump’s alternate reality either. On November 13th, she helpfully informed Fox Business’ Stuart Varney that there was no question about Trump’s possible attendance at the upcoming presidential swearing-in.

“I think the president will attend his own inauguration, he would have to be there, in fact.” McEnany said, going full-on Baghdad Bob.

In early December, MyPillow CEO and soon-to-be coup suggester Mike Lindell told a Georgia protests that he had zero doubt about who would have his hand on the Bible at the Capitol today.

“I want the word to get out that Donald Trump will be our president for the next four years,” he said. “I talked to [Trump legal booster and conspiracy nut] Sidney Powell about three, four days ago, so I know firsthand.”

One American News Network’s Weekly Briefing host trotted out her own false reality on December 9th, with a bonkers rant accusing widespread corruption on both Republicans and Democrats to hand Biden the victory.

“Donald Trump is doing what he promised he would do, he’s clearing out the swamp,” she claimed. “He’ll get his second term and everyone will be revealed for who they truly are and where they truly stand. Don’t lose heart, this will end well.”

The conservative radio host found time around Thanksgiving to flatly declare “Trump will be inaugurated” and even dabbled in QAnon “The Plan” mythology about “many will go to jail” in a since-deleted Tweet.

Trump will be inaugurated, having won in a landslide. Many will go to jail for having attempted to murder Uncle Sam & Lady Liberty. Many corrupt institutions will go down in flames. Hang tough, patriots. Pray that justice be served. The best is yet to come.https://t.co/bDzj3HAaAx

@SidneyPowell1 just added “The Smartest Man in the Room” to her team. So yes, Trump will be inaugurated again. And people are going to jail for trying to steal a free election from the American people. https://t.co/lDveJjVSIE

I have no doubt the fraud will be exposed and Trump will be inaugurated. But that doesn’t mean we shouldn’t pray toward that end, because the very IDEA of a fraudulent election is repulsive and unacceptable to every real American. So please do pray for the nation. #pray

Not content to let OAN monopolize the “Big Lie” claim about Trump having won the election, Newmax’s 7 p.m. host has become perhaps the most dedicated Trump Second Termer. His Twitter feed and nightly shows are replete with denialism and false hope for MAGA supporters.

“The way it’s looking for Joe, I don’t think he’s going to make it for Donald Trump’s second inauguration,” Kelly snarked, before turning serious. “Yes, I do believe that there is a significant chance that Donald Trump could be inaugurated.” He then dismissed those who acknowledged Biden as the president-elect, but then said his completely incorrect take was “not just a hunch,” but was based on “the Constitution.”

Finally, Trump’s former National Security Advisor and yet another recipient of a presidential pardon (sensing a pattern yet?) also showed up at the December 12th “Stop the Steal” rally to proclaim, unequivocally, Trump will still be president after today.

“I will tell you one more time—because I’ve been asked—on a scale of one to ten, who will be the next president of the United States, and I say Donald Trump. Ten. A ten.”

Correction: This story initially referred to Albert Pirro as Jeanine Pirro’s husband. They are divorced. Mediaite regrets the error.