Here’s Why ‘Nothing Really Matters’ in the Era of Trump 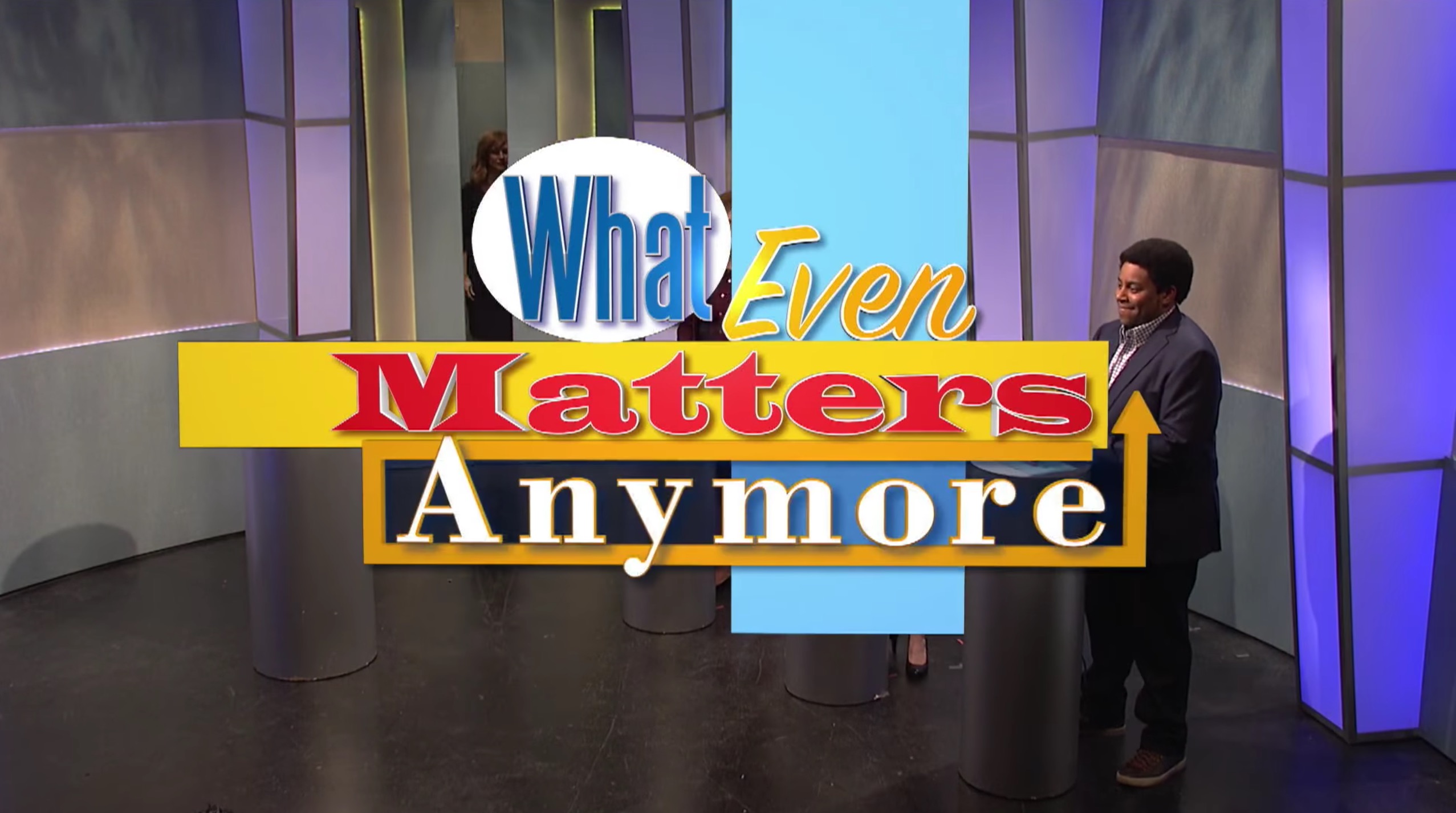 This past weekend, Saturday Night Live provided some compelling therapy for those who are horrified by the Trump presidency. Most prominently, actress Jessica Chastain hosted a game show entitled, “What Even Matters Anymore?,” which asked contestants to guess whether a particular outrageous Trump action had any real meaning or impact.

The answers, of course, were all in the negative. Nothing Trump says or does really matters because his supporters never leave him and almost no one in his party will even strongly criticize him.

Things eventually get so real-life depressing for the hostess Chastain was playing that, at one point, everyone in the sketch finally breaks character to console her. The bit ends with a group hug.

This skit clearly hit a nerve with a lot of people who are very frustrated with this phenomenon, one which I have been warning about for quite some time. It is an important topic which deserves further exploration.

Like most mysteries, there are multiple forces at work here, some of which have nothing directly to do with Trump himself.

The first is that our collective attention spans, thanks mostly to technology, have shrunk even more than the size of computers over the past generation. The news media has both facilitated this development as well as catered to it by reducing the news cycle from a week to often less than an hour.

With the news monster always needing to be fed with new material, it almost impossible for a news story, no how big or important it is, to stay really relevant for more than two days. Because of massive fragmentation and the fact that a majority of people are not news “junkies,” this virtually ensures no story, no matter how damaging about Trump (who has the power to change the subject with a single tweet) will ever hit “critical mass” and reach the “low information” voters who end up determining a president’s popularity level at any given moment.

But what about the Russia investigation, you may ask. Well, that’s the exception which actually proves this rule. Yes that story has been talked about consistently for well over a year, but that actually causes another set of problems.

One, it is too complex for the average person to understand. Two, it has gone on “so long” (not really) that many people have gotten bored with it. Three, the prevailing mainstream media narrative currently requires a lot of speculation and a reliance on unnamed sources, which Trump fans simply do not trust. Fourth, “conservative” media outlets have almost entirely both diminished the importance/credibility of the investigation while making sue their audiences don’t have enough of the puzzle pieces to put it together for themselves.

Interestingly, SNL also did a different sketch with a Robert Mueller character providing an “everything is going to be okay” antidote to the discouraging Chastain bit. I personally believe that liberals’ faith that the rather conservative Mueller is going to save the day and restore at least some order to the universe, to be both a bit bizarre and likely misplaced.

Another large part of why “nothing matters” when it comes to Trump is that very little that has upset those who are not part of his fan club can be seen or even felt. Trump knows well that we live in a video age where if it can’t be seen then it didn’t really happen. Consequently, stories like “shithole countries” and the Stormy Daniels affair are powerless against Trump’s base because they can easily presume that they are not true.

There needs to be a “Wizard of Oz” moment where Trump is revealed to be a clueless old guy hiding behind a curtain. Quite simply, unless something dramatic happens that Trump supporters can actually see or feel (a stock market crash?), then nothing the media says is ever going to really matter.

This is mostly because the mainstream news media has lost ALL of their credibility with Trump supporters. While I loathe both Trump and the news media, this conclusion, while flawed, is actually extremely understandable.

If the news and entertainment media (is there still a difference?) wanted their often hysterical and unsubstantiated coverage of Trump to be taken seriously then they should never have become overt cheerleaders for Barack Obama for two elections and two full terms. They also should not have pretended that Trump was harmless through the entire 2016 primary campaign just because he was good for their business and they thought for sure Hillary Clinton would beat him.

Consequently, the media outlets Trump supporters trust at all also happen to be DEEPLY invested in making sure that Trump is never perceived as a failure in any way. In the “safe space” provided to them by what is effectively state-run media, it is no surprise that they continue to back Trump no matter what.

Trump also benefits from the fact that, in a post-9/11 world, we have all become dangerously desensitized to what would have previously been cataclysmic events (for example, how quickly we forgot about the Las Vegas Massacre). Similarly, as we have been exposed to so much more “reality” in this age where nearly everything, no matter how horrific, is posted online free for the world to see instantly, our standards of behavior have become greatly diminished (I have argued that you can draw a very straight, and rather ironic, line here from Bill Clinton to Trump).

There is also one other aspect of this issue which may be both the most depressing and illuminating. While there are many influences contributing to why “nothing matters” in the age of Trump, it is also quite possible that the primary reason is that the elites, wrongly, just presumed that the public truly cared about things which they never really did.

After all, many of the “rules” for political engagement used to be based on presumptions which were never actually ever tested — which is why Bill Clinton fighting and surviving a certain political death twenty years ago is so significant. For instance, it was always assumed that Evangelical Christians would never support a person for high office who clearly has no morals, but Trump has proven that was likely always a myth.

It sure seems possible that one of the many reasons that Trump getting away with this much with almost no ramifications is so very frustrating to non-Trump fans is that it exposes just how awful we as humans really are, and probably always have been. It’s just that now that evil genie of reality is out of the bottle and there doesn’t seem to be any way to get it back in there.