What Do Polls Say Today? Presidential Race Biden vs Trump

3 Days Out: Biden Still Ahead in Most Polls, RCP Moves Arizona from TIE to Trump, Then to Biden 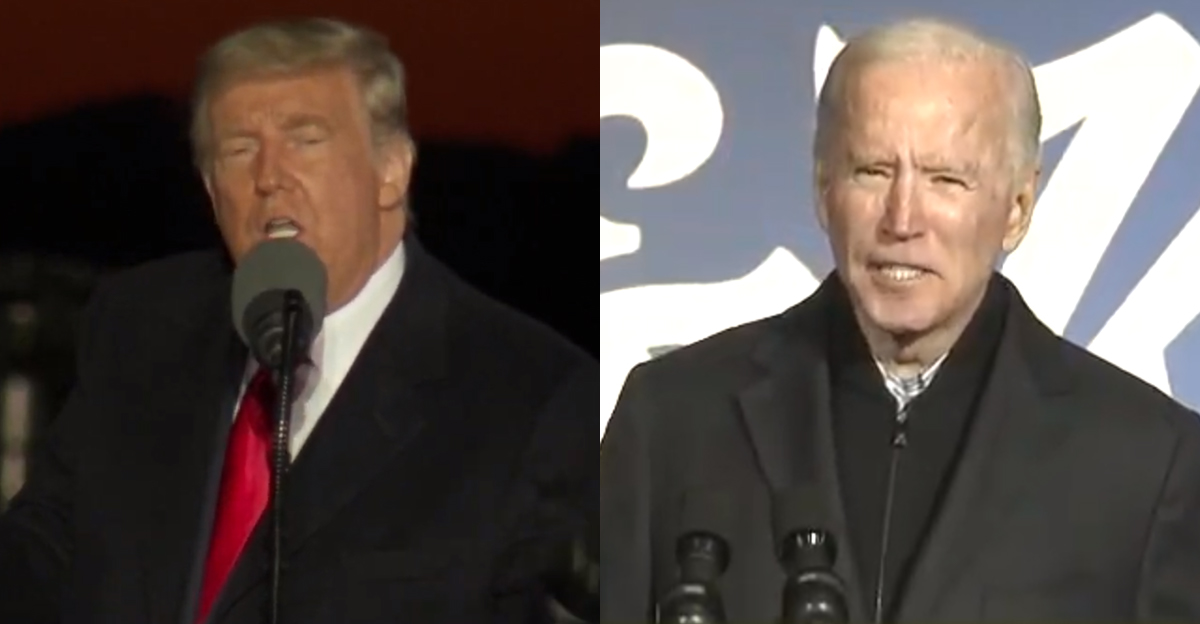 With 3 days to go until Election Day, former Vice President Joe Biden still has the lead against President Donald Trump, and though the candidates have been hard at the trail, changes in polling the last week or so have been practically glacial, when there are changes at all. Because many polls don’t put out new results on the weekend, this will be a briefer update. In any case, here’s what’s happening in the polls today:

As of this writing, the RCP average has Biden up +7.8 over Trump, at 51.3 to 43.5. This is the same as yesterday, mainly because today is a Saturday and there is less data to update with. in fact none of the national polls used for the RCP average have released new data since Friday.

But that doesn’t mean NOTHING has changed. Looking at the FiveThirtyEight average, we find Biden up +8.6 nationally over Trump, at 52% to 43.4%, a point two percent increase for Trump from yesterday.

Still, most national polls included in such averages, and most daily trackers, aren’t putting out Halloween results. But there are results from other sources.

CNN on Saturday published a new result from their latest polls, conducted by SSRS, which shows Biden ahead in both Wisconsin and Michigan, for example. They also have Biden up 4 over Trump in Arizona, one of the most important battles for Trump on election day.

The Halloween results are Biden in the average of the “Top Battleground” states that RCP tracks, up by more than 3 over Trump.

Pennsylvania’s Biden lead narrowed by .1 since Friday, but Biden still has a 3.7 lead in the RCP average for Biden. President Trump campaigned extensively in Pennsylvania on Saturday attempting to move that needle further.

Perhaps startlingly, RCP’s battleground tracker has moved Arizona to a +0.1 for Trump over Biden, having just moved the state to a tie on Friday. Later on Saturday, the average changed AGAIN to .1 for Biden. So … that’s happening.

That’s a pretty perfect microcosm of the overall picture: it changes a lot, but only by a little.

Meanwhile, a new poll that just came out on Saturday evening from the Des Moines Register has Trump leading Biden 48 – 41.

RCP’s forecast still shows Democrats with a shot at 54 seats, while FiveThirtyEight likewise has Democrats with a chance at landing on a majority. Today’s update shows an 80% likelihood of landing at 48 – 56 Democrat seats in the Senate.

Every day closer to the election has potential to upset the polling, as we head into the last remaining days for each candidate to make their case. With early voting in HUGE swing already, and mail-in votes in the mail, and with a polarized public less prone to changes of heart, each days tracking and update becomes to some extent less able to reflect the sentiment of the voters.

But it does reflect the mood of voters, and that will be one of the most important factors of all when it comes to turnout and day-of voting results. So check back with us daily for updates on the state of play as we finish the last few days of a grueling season.