Pete Buttigieg on What If Trump Won't Leave Office
video

Buttigieg Pressed at Town Hall on ‘The Bill Maher Question’: What If You Win and Trump Refuses to Leave Office? 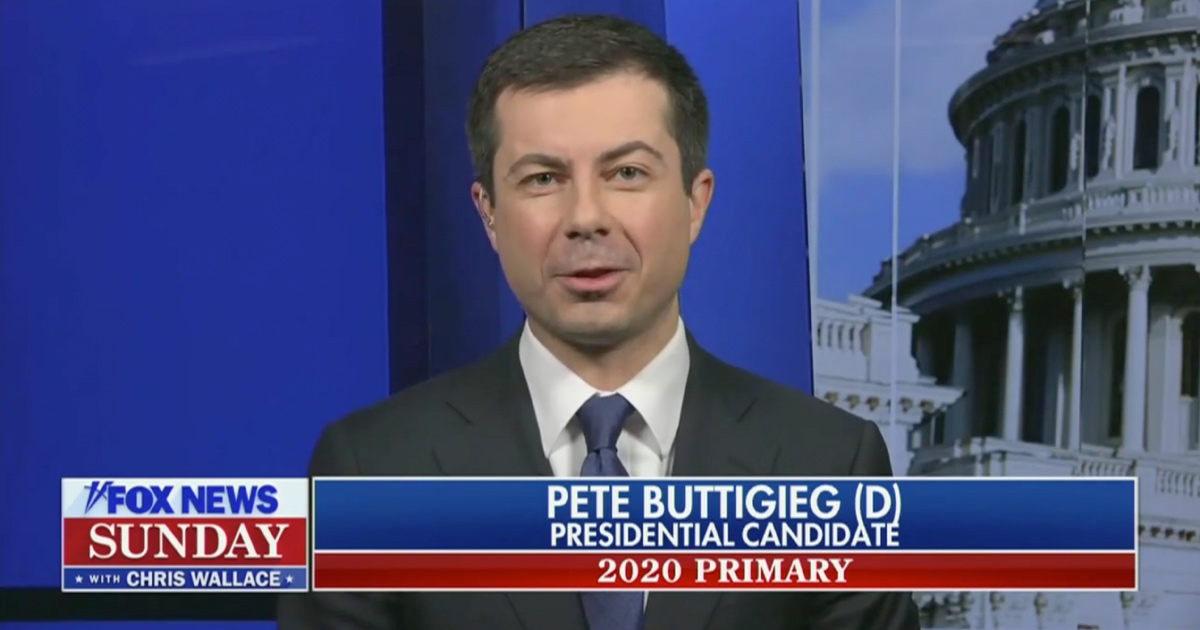 Over the course of the Trump presidency, Bill Maher has regularly gone back to his “dictator checklist” and warned about a rise of authoritarianism in the country. In the past few weeks, he has been asking over and over again one question he wants Democratic candidates for president to answer: What if they win and President Donald Trump refuses to leave?

A couple of candidates have appeared on his show in the past few weeks, including Pete Buttigieg, and he’s asked that question to all of them.

Today during a town hall in Reno, one man brought up “the Bill Maher question” to ask the South Bend mayor again:

“It’s November, Pete Buttigieg just won the election, and the current occupant says, ‘No, this is all a hoax,’ the Senate agrees with him, Fox News starts going on about it — what does President-elect Buttigieg do about this when he doesn’t want to leave?”

Buttigieg started by joking, “I guess if he’s willing to do chores, I guess we could work something out.”

Asked what he’d do if he won the 2020 presidential race and Pres. Trump wouldn’t accept election results, Pete Buttigieg says, “If he won’t leave—I guess if he’s willing to do chores, I guess we could work something out.” https://t.co/JsAo4rBy2e pic.twitter.com/RzfGuMxWHO

He continued, “I do believe this is one of the reasons why it’s important that we not just eke out a win… I think we want to set a goal of winning big enough that this election is way beyond cheating distance, and that Trumpism goes into the history books too. It’s got to be a win so big that Senate Republicans are reunited with their consciences, and only a political shockwave can do that.”

The president himself has mocked the concerns raised by Maher and others, and occasionally trolls over it, including that mock “president for life” video he recently shared.

You can watch above, via ABC News.