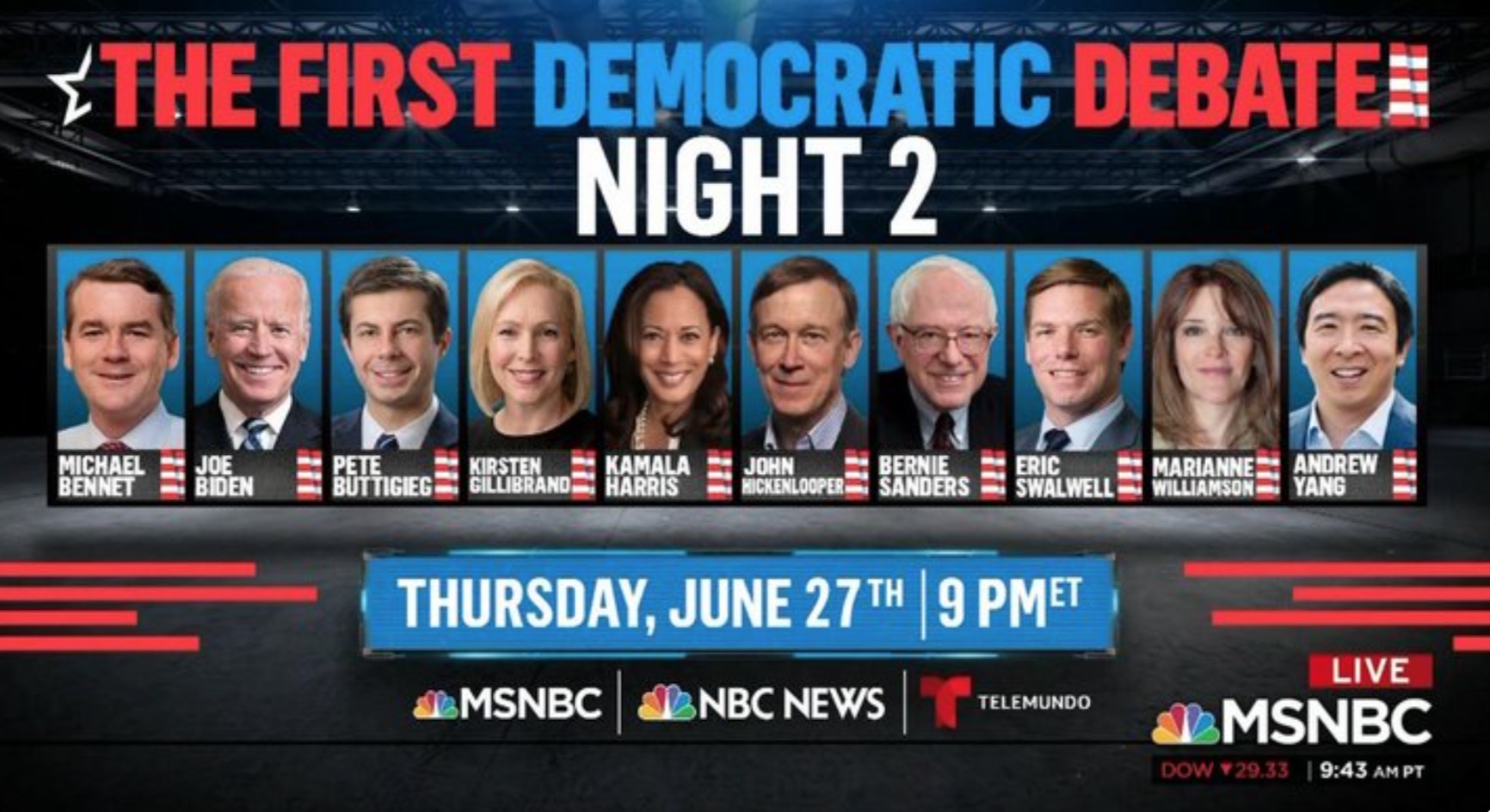 A network source reportedly told The Drudge Report that they expect 9 million people to tune into the two-day Democratic debates airing on NBC networks and platforms.

This number — while massive — would be down from the first Democratic debate of the 2016 election which drew about 15 million viewers. Many, however, would note the 2016 election drew a considerable amount of attention in ways other elections did not. That debate was also held in October 2015 — much later in the election cycle than the June debates in Miami.

The projection would be an enormous increase from both of the first debates in the 2008 and 2012 elections. The first primary debate in 2008 drew just over 2 million viewers, while the 2012 election’s first debate drew about 3 million. Both of these debates also aired earlier in the year.

The debate Wednesday night is largely considered to be the weaker debate, with Sen. Elizabeth Warren (D-MA) as the only top-polling candidate on the stage. She will share the stage with candidates like Sen. Cory Booker (D-NJ), Beto O’Rourke and Sen. Amy Klobuchar (D-MN).