Joe Biden Casts His Vote in Delaware, Condemns Philadelphia Protests: ‘No Excuse Whatsoever For The Looting And The Violence’ 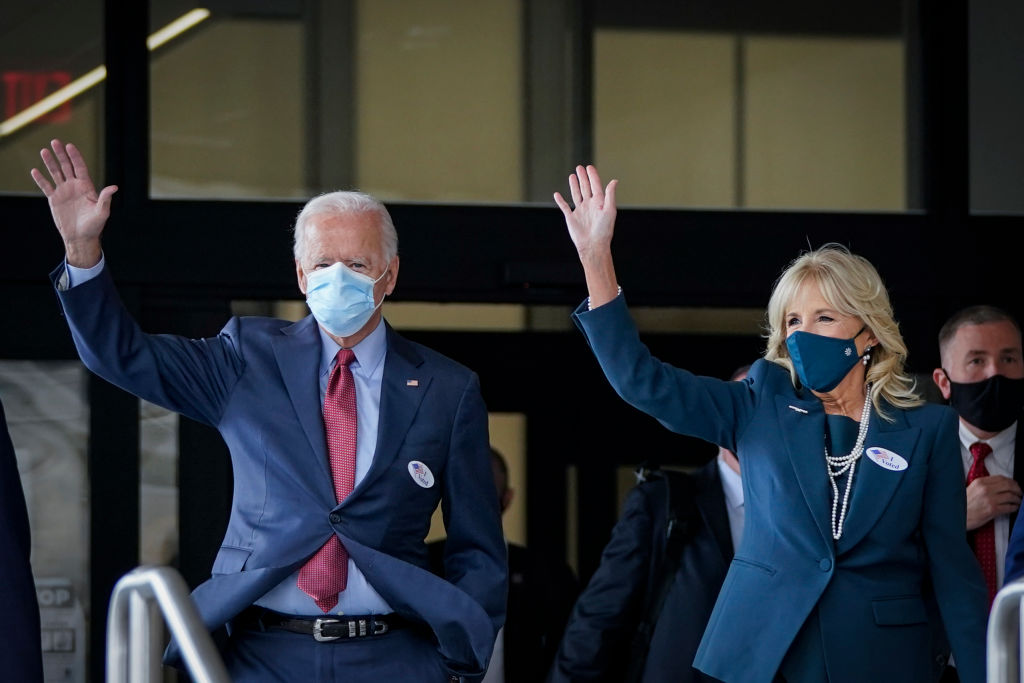 Democratic presidential candidate Joe Biden was joined by his wife Dr. Jill Biden to cast their votes during early voting in Wilmington, DE on Wednesday, and spoke to reporters afterwards about the unrest in Philadelphia following a police shooting and his health care plan.

“Well, we just voted, and Jill’s off to do an interview,” said Biden as several supporters who had gathered nearby shouted “We love you!”

Biden thanked the gathered reporters for covering the race and took questions, with one about the situation in Philadelphia first.

“There is no excuse whatsoever for the looting and the violence,” said Biden. “None whatsoever. I think to be able to protest is totally legitimate. It’s totally reasonable.”

And there are certain things we’re going to have to do as we move along, and I think I know the local folks in Philadelphia are thinking about it as well, and that is how we deal with how you diminish the prospect of lethal shooting in circumstances like the one we saw. That’s going to be part of the commission I set up to determine how we deal with these changes. But there’s no excuse for the looting.

Biden was then asked about his health care plan: if he had a “bill ready to drop,” what he had learned from the passage of the Affordable Care Act, and whether he had hope he could work with Republicans on health care reform.

“Yes, yes,” replied Biden, affirmatively stating that he had a bill ready and would work with Republicans, discussing his proposal to improve Obamacare “beyond what it was before, what Barack [Obama] and I wanted to do at the time, to add a public option, allowing people to keep their private insurance, if that’s what they choose.”

Biden pledged that his plan would include lowering prescription drug costs by a “significant amount.”

“And I believe we can get help from Republicans as well,” Biden continued, because “they’re seeing the reaction of the American people,” noting that Americans “overwhelmingly” think drug prices are too high.

Briefly criticizing the incumbent President Donald Trump for making false promises about lowering drug prices, Biden said that there were a “lot of Republicans” who were sincere about addressing the issue, “so I’m confident we can get it done.”