‘Sharpiegate’ a Nothingburger: Arizona Attorney General ‘Confident’ That Use Of Markers Did Not Disenfranchise Voters 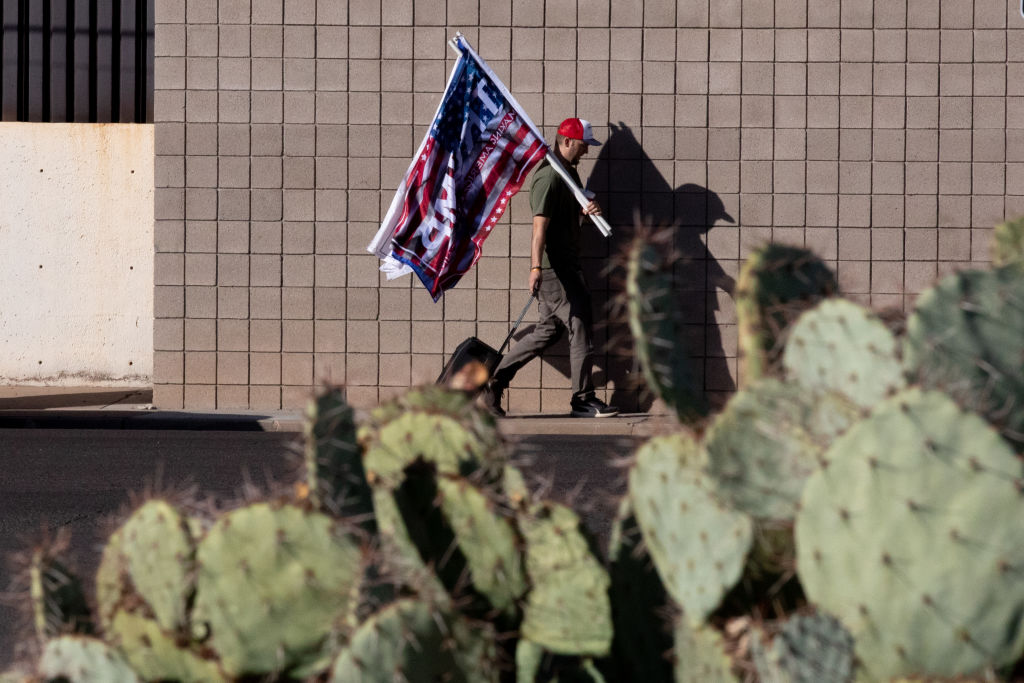 Supporters of President Donald Trump have been pushing a conspiracy theory claiming that Maricopa County, AZ election officials had Republican voters use Sharpie markers on their ballots in order to invalidate their votes, and the state’s attorney general has now investigated and found that claim to be totally baseless.

Accusations have been flying on social media with claims that the Sharpies made the ballots unreadable or otherwise prevented votes for Trump for being counted on a large scale. Conservative activists and media figures amplified the outrage, including Fox Business’ Maria Bartiromo, who tweeted the conspiracy theory many referred to as “Sharpiegate” along with several other debunked claims.

Arizona Secretary of State Katie Hobbs weighed in on the issue earlier Thursday, telling CNN’s Wolf Blitzer there was “no concern about ballots being counted because of the pen that was used to mark the ballots.”

“All of those ballots are being counted and even if the machines can’t read them for some reason, a marker bled through to the other side, we have ways to count them,” Hobbs continued. “They are going to be counted. There is absolutely no merit to saying that this was some conspiracy to invalidate Republican ballots. There is no there there at all.”

Concerned Arizonans nonetheless made complaints to Attorney General Mark Brnovich, who investigated the issue. Thursday evening, Brnovich tweeted a copy of the letter he sent to local Maricopa County officials, saying that his office “was now confident that the use of Sharpie markers did not result in disenfranchisement for Arizona voters.”

Based on correspondence and conversations with Maricopa County officials, we are now confident that the use of Sharpie markers did not result in disenfranchisement for Arizona voters. We appreciate the county’s prompt insight and assurances to address public concerns. pic.twitter.com/NdYLsEAvwd

As Brnovich’s letter noted, he had requested information from the county election officials and took seriously complaints his office had received from Arizona voters. Regarding the issue of Sharpie markers, wrote Brnovich, his office now considered the issue “to be concluded at this time.”