Boston Globe Editorial Board: Trump Has Blood On His Hands

Boston Globe Editorial Board on Coronavirus Crisis: Trump ‘Has Blood On His Hands’ 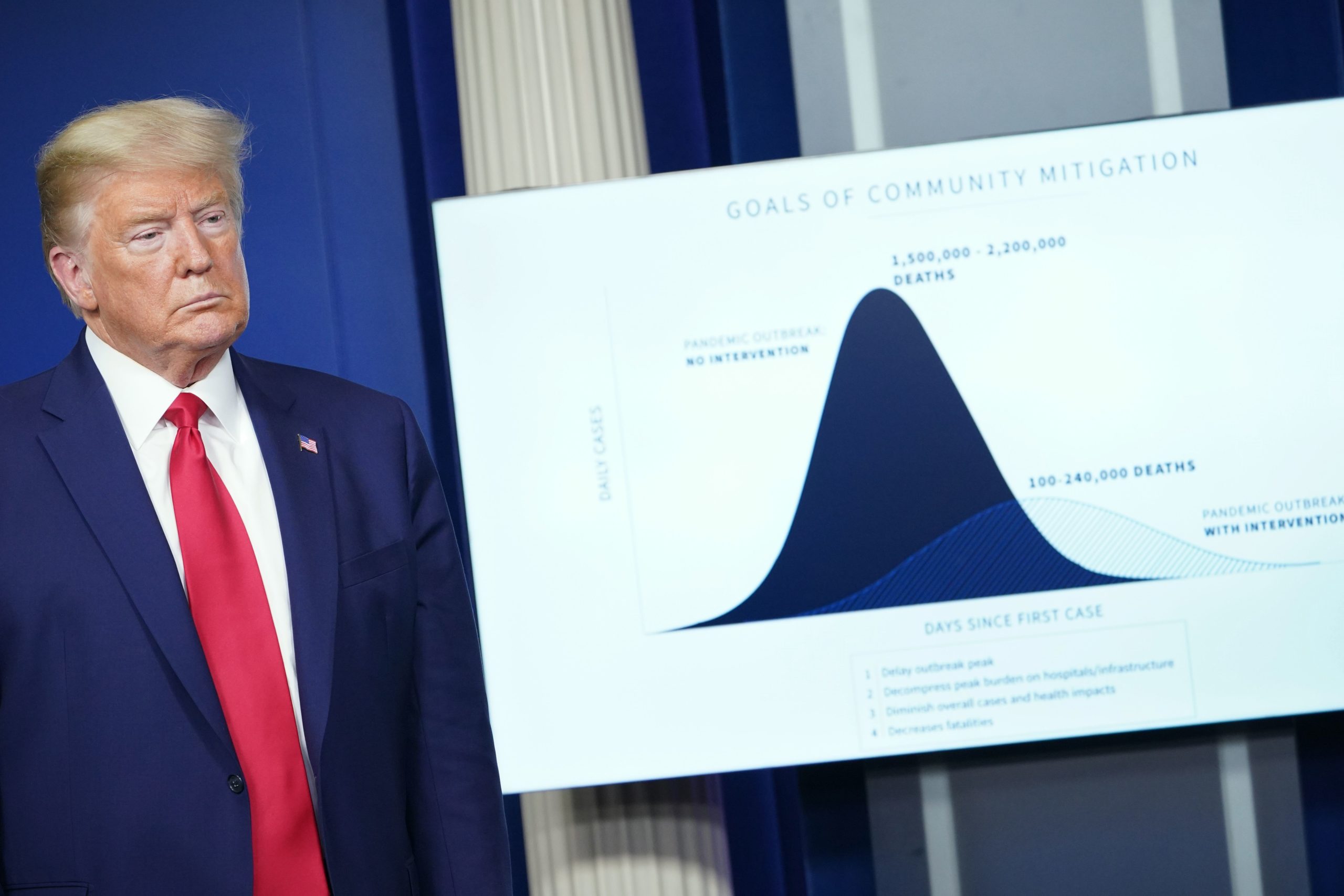 The Boston Globe editorial board has penned a scathing piece slamming President Donald Trump’s response to the coronavirus pandemic, and said that Trump “has blood on his hands.”

In an editorial entitled “A president unfit for a pandemic,” the paper detailed a dense laundry list of grievances against Trump’s response to the outbreak — including the weeks he spent dismissing the crisis, his willingness to strand Americans aboard an infected cruise ship to keep the “numbers” low,  his misinformation on and promotion of unproven coronavirus treatments, his erratic public swings on whether to reopen the country on Easter and/or quarantine New York and New Jersey, his potential self-dealing of coronavirus financial aid, and much more — and concluded that he “has blood on his hands”:

Timing is everything in pandemic response: It can make the difference between a contained local outbreak that endures a few weeks and an uncontrollable contagion that afflicts millions. The Trump administration has made critical errors over the past two months, choosing early on to develop its own diagnostic test, which failed, instead of adopting the World Health Organization’s test — a move that kneecapped the US coronavirus response and, by most public health experts’ estimation, will cost thousands if not hundreds of thousands of American lives. Rather than making the expected federal effort to mobilize rapidly to distribute needed gowns, masks, and ventilators to ill-equipped hospitals and to the doctors and nurses around the country who are left unprotected treating a burgeoning number of patients, the administration has instead been caught outbidding individual states (including Massachusetts) trying to purchase medical supplies. It has dragged its heels on invoking the Defense Production Act to get scarce, sorely needed ventilators and masks into production so that they can be distributed to hospitals nationwide as they hit their peaks in the cycle of the epidemic. It has left governors and mayors in the lurch, begging for help. The months the administration wasted with prevarication about the threat and its subsequent missteps will amount to exponentially more COVID-19 cases than were necessary. In other words, the president has blood on his hands.

The White House Coronavirus Task Force now estimates that with “full mitigation” measures, between 100,000 and 240,000 Americans could die from the coronavirus.