Half of Trump’s Post-Election Commentary Censored on Social Media; Facebook Whacks President the Most 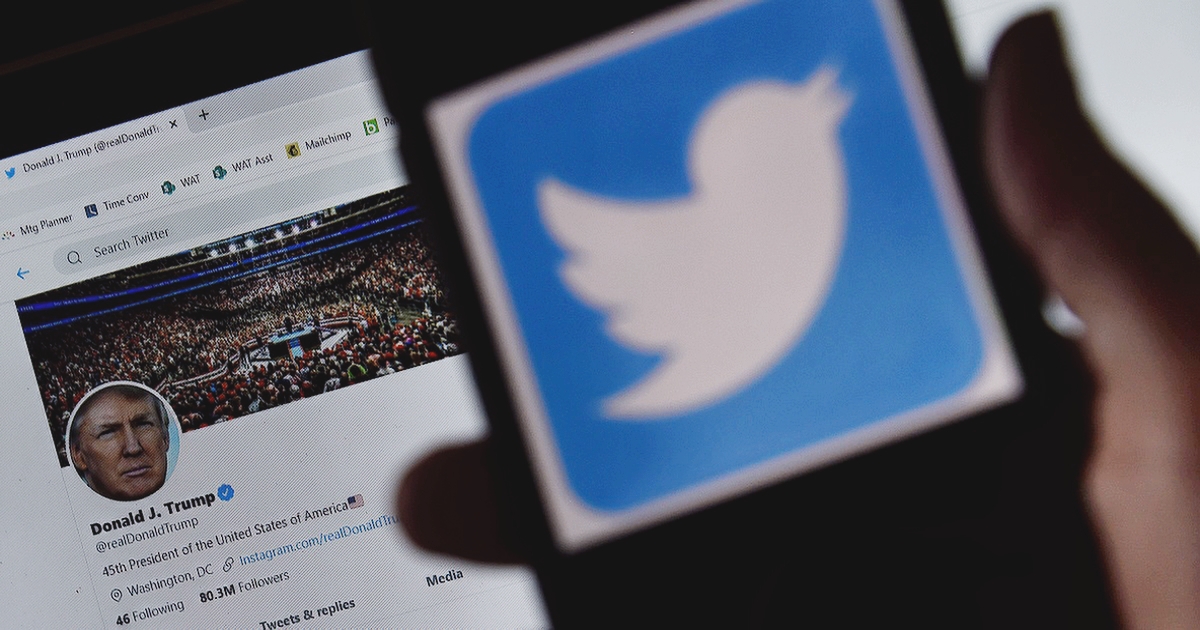 Roughly half of President Donald Trump’s post-Election Day commentary on social media has been censored by Twitter and Facebook.

Of 37 posts the president authored on the two websites, 17 were labeled by the platforms. Twitter’s label warned that “some or all” of the content in the posts was “disputed and might be misleading,” while Facebook pushed election-related content below the posts. The content included advisories that final vote counts “may be different” from initial counts, and that election officials “follow strict rules” when it comes to counting votes.

“All of the recent Biden claimed States will be legally challenged by us for Voter Fraud and State Election Fraud,” Trump wrote in one posted labeled by Twitter Thursday morning. “Plenty of proof – just check out the Media. WE WILL WIN! America First!” He wrote in another, “STOP THE FRAUD!”

Readers could view the tweets after clicking through a warning message. At that point, the tweets became visible, but were accompanied by a message from Twitter, advising, “Some or all of the content shared in this Tweet is disputed and might be misleading about an election or other civic process.” 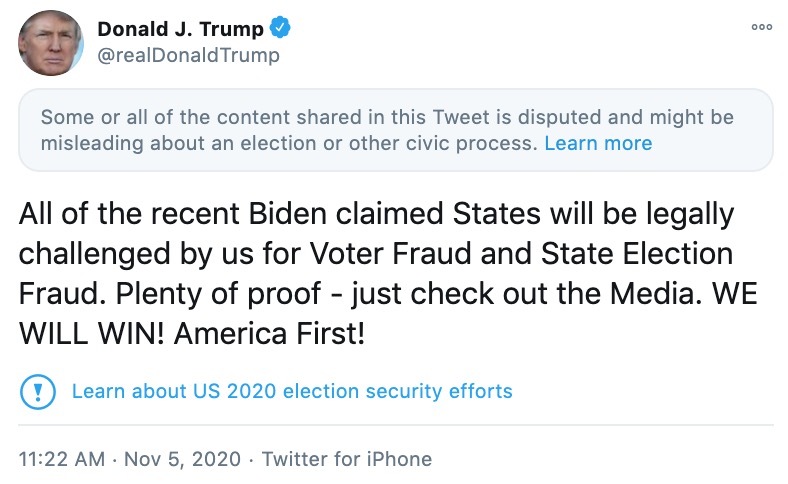 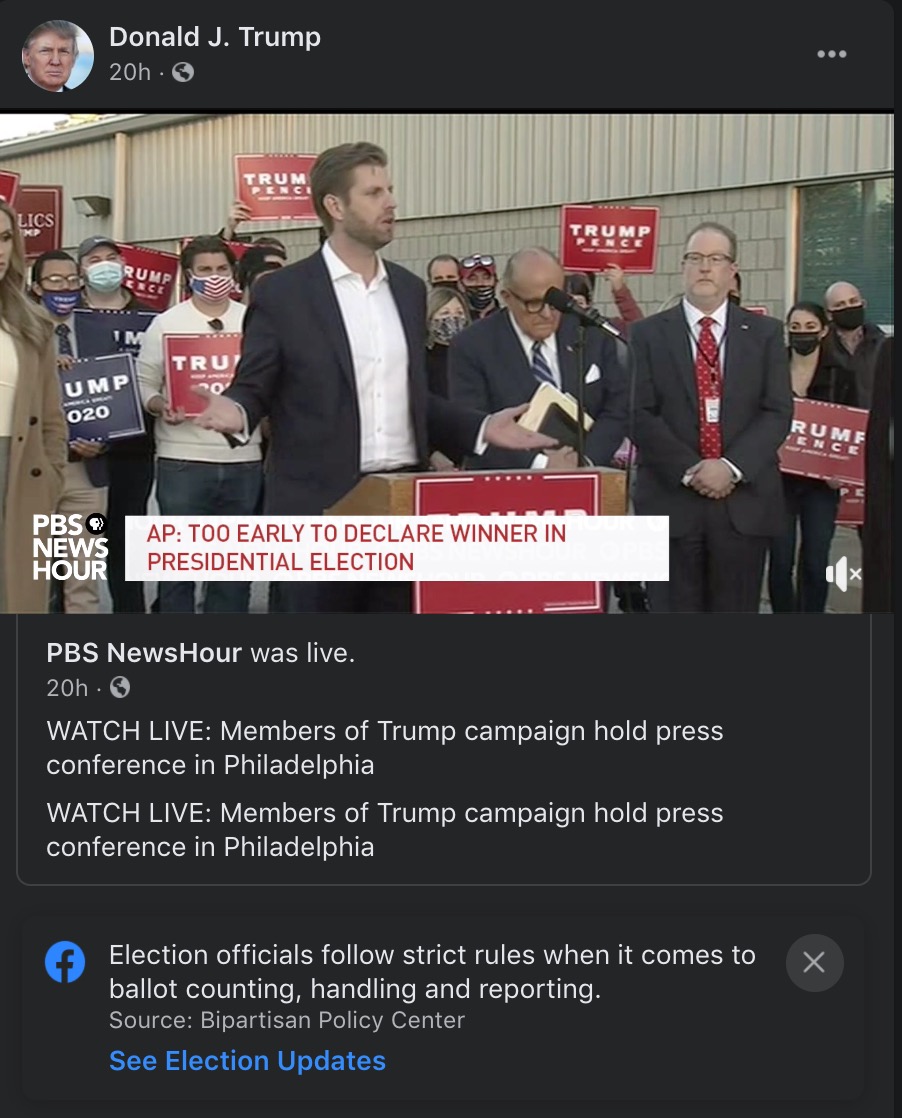 One of the president’s posts on Facebook, meanwhile, did not include any written message, but simply shared footage of a Wednesday press conference by Trump’s son, Eric Trump, focused on the counting of votes in Pennsylvania.

Facebook’s analytics firm, CrowdTangle, has observed users increasingly interested in hashtags related to the counting of ballots, including “#StealTheVote” and “#VoterFraud.” In addition to flagging messages related to those issues, Facebook said Wednesday it would also begin labeling “premature” claims of victory made by the candidates

Democrats have complained about the platforms allowing Trump to publish his messages, and particularly Facebook, despite the website’s aggressive effort to crack down on the president. Democratic Reps. Gerry Connolly (VA) and David Cicilline (RI) redirected at least some of that attention to Twitter this week, with each calling on the platform to suspend Trump’s account.