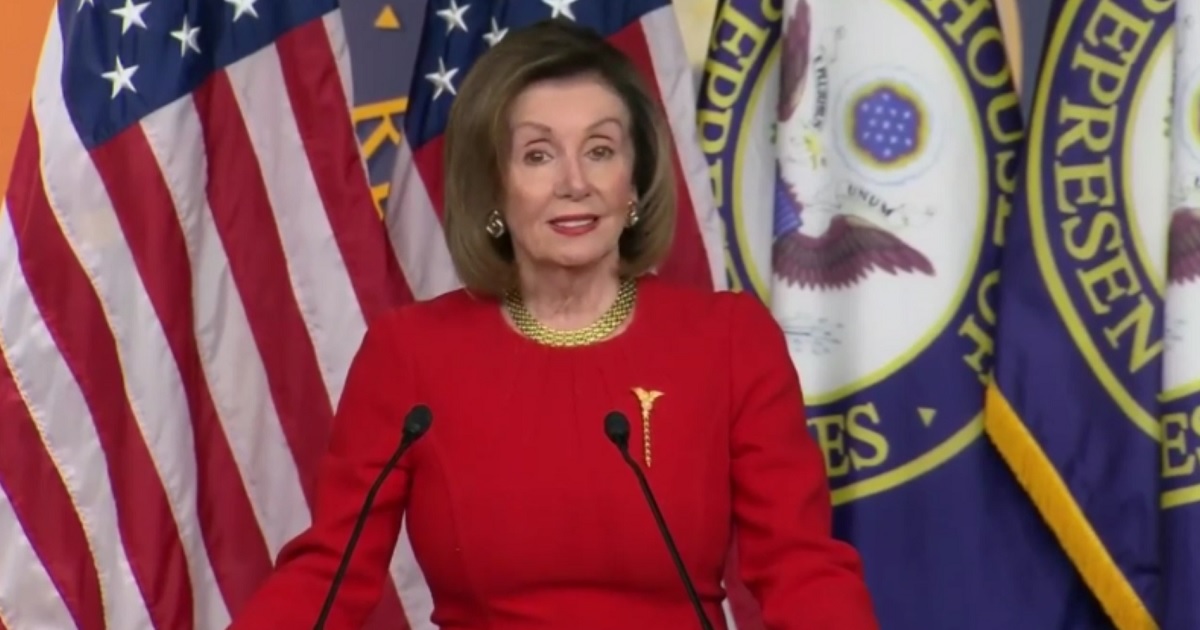 Speaker of the House Nancy Pelosi (D-CA) penned an op-ed late Friday blasting Republican senators in over their aiding in Trump to normalize “lawlessness and rejecting the checks and balances of our Constitution.” The opinion piece in the Washington Post comes a day after Pelosi dug into President Donald Trump over his State of The Union address which she billed as a “reality show” with “no contact with reality whatsoever.”Pelosi began by outlining that the United States and the entire “republic has endured” due to courageous Americans who have risked their lives to defend the nation.

Then Pelosi wasted no time aiming at Trump and Republicans in Congress over what she states as dismantling “the Constitution that we cherish.”

“The House impeachment managers, led by Intelligence Committee Chairman Adam B. Schiff (D-Calif.), presented to the Senate and the public an incontrovertible truth that the president himself has admitted: President Trump abused the power of his office to pressure a foreign power to help him cheat in an American election. And when he was caught, the president launched an unprecedented coverup to block Congress from holding him accountable. The president’s actions undermined our national security, jeopardized the integrity of our elections, and violated the Constitution,” Pelosi wrote.

Pelosi then praised Democrats in the Senate and Senator Mitt Romney (R-UT), who all voted in favor of the articles of impeachment against Trump.

Pelosi then ripped Majority Leader Mitch McConnell (R-KY) and the GOP senators over their aiding Trump to “normalizing lawlessness” and reject “the checks and balances of our Constitution.”

“For weeks, Majority Leader Mitch McConnell (R-Ky.) and the Republican-controlled Senate have made themselves accomplices to the president’s wrongdoing by suppressing additional evidence and rejecting the most basic elements of a fair judicial process. In declaring their loyalty to the president over our Constitution, Republicans have made a farce of the old boast that the U.S. Senate is the greatest deliberative body in the world. And they have joined the president in normalizing lawlessness and rejecting the checks and balances of our Constitution,” the speaker wrote.

Pelosi then explained that the lower chamber which she resides over “voted to impeach the president because our institution believes in the sanctity of our oath and the urgency of protecting our republic,” while boasting he was impeached in a bipartisan manner in the upper chamber.

“Sadly, because of the Republican Senate’s betrayal of the Constitution, the president remains an ongoing threat to American democracy. He continues to insist that he is above accountability and that he can corrupt the elections again if he wants to.”

Pelosi concluded, “And we will always insist on this truth: that, in America, no one is above the law.”

You can read the full op-ed via The Washington Post, here.