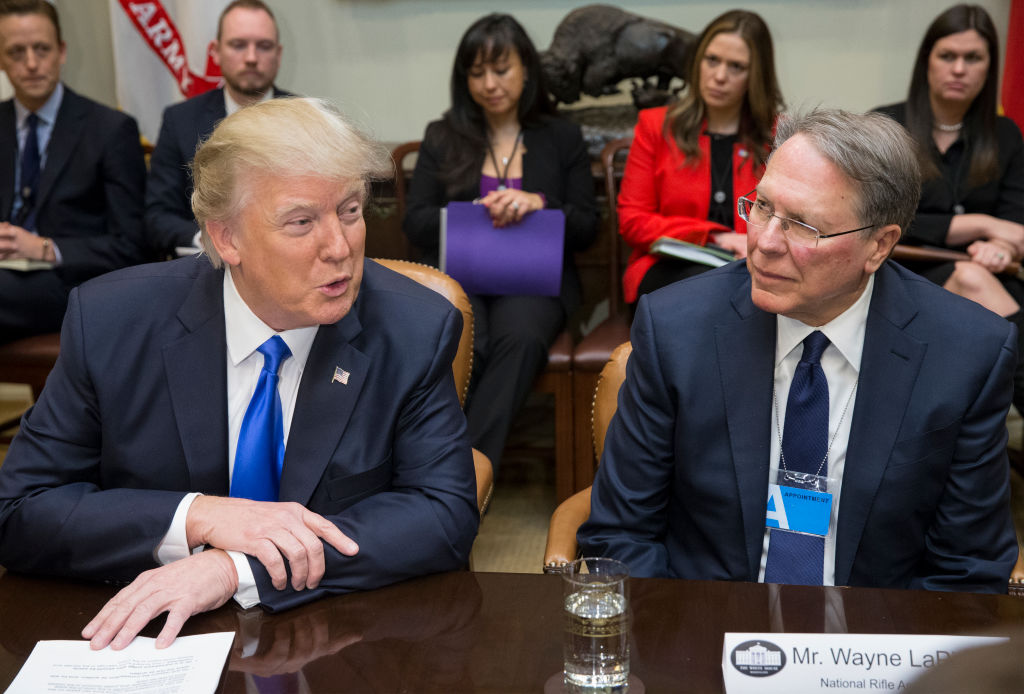 According to a New York Times story, the pair had a face-to-face meeting at the White House on Friday as the growing firestorm of the Ukraine-whistleblower scandal continued to engulf the president. During the meeting, however, LaPierre also took the opportunity to lobby the president on guns, reportedly asking Trump to “stop the games” on new gun legislation.

LaPierre has adamantly resisted the call for universal background checks legislation, which gained renewed momentum over the summer in the wake of the Dayton, El Paso, and Odessa mass shootings. Shortly after those massacres, Trump appeared to have changed his position to supporting new, tougher background checks similar to the bill House Democrats passed in February and which enjoy overwhelming public support. But Trump then flipped back to opposing that bill days later, after talking with LaPierre, even as he continued to talk of taking some kind of action on guns.

That Trump would seek out help from the NRA is not surprising, as the group was one of his most ardent supporters during the 2016 campaign. But the gun advocacy group is in the midst of its own financial and leadership crisis, having just recently shut down its TV operation because of a protracted legal battle with its former ad agency.

“Caught between political pressures to do something and doing nothing on gun legislation, Mr. Trump has been idling while Congress waits for a sign from the White House on what it plans to propose,” the Times reports. “Mr. Trump’s meeting with Mr. LaPierre on Friday indicated that his priority may be his own political survival rather than making any strides on guns.”