Trump, Frustrated by Lack of Investigations Into Political Foes, Reportedly Looking Into Firing FBI Director Christopher Wray After the Election 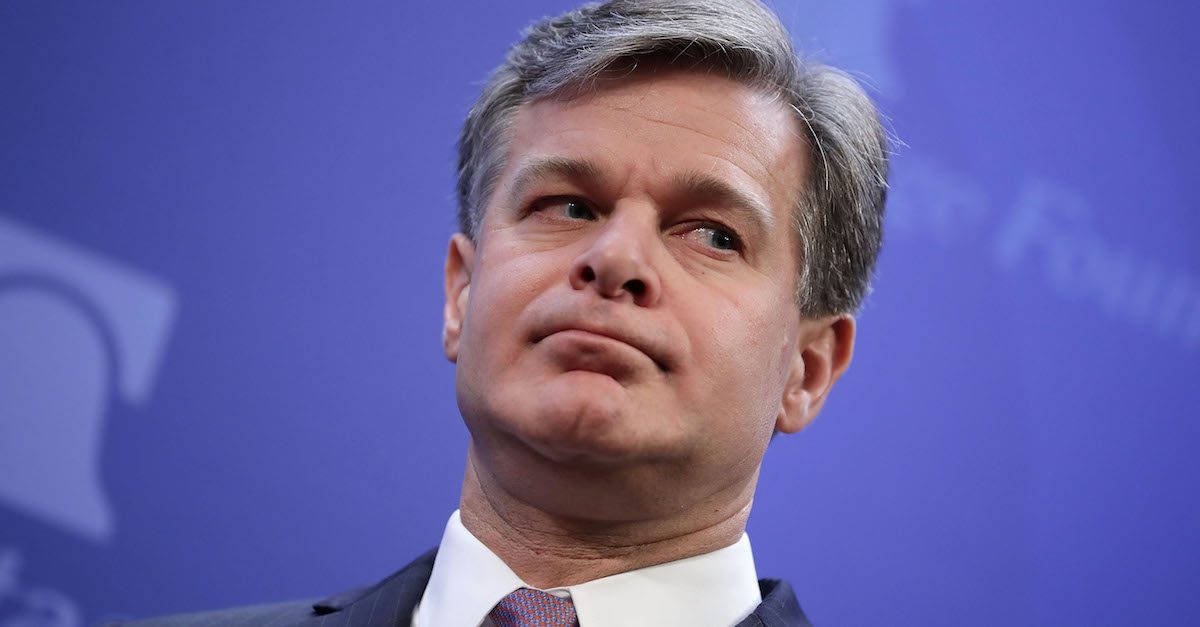 President Donald Trump is seriously considering the firing of his second FBI director in less than four years, having grown frustrated with the lack of investigations into his political foes by Christopher Wray.

According to the Washington Post, a frustrated Trump is looking at replacing Wray after the 2020 election. Wray was sworn in to a 10-year term as the nation’s federal law enforcement agency in August 2017 after Trump infamously fired James Comey earlier that year.

The conversations among the president and senior aides stem in part from their disappointment that Wray in particular but Barr as well have not done what Trump had hoped— indicate that Democratic presidential nominee Joe Biden, his son Hunter Biden, or other Biden associates are under investigation, these people say.

Wray has run afoul of the White House’s messaging on a number of critical issues of late, effectively dismissing Trump’s false claims of widespread mail-in voter fraud and knocking down the president’s hyperbole about the threat of left-wing violence from antifa. His very public break from the White House’s narrative earned him rebuke from the White House Chief of Staff Mark Meadows as well as Trump himself.

In the past few weeks, as the 2020 campaign hits its home stretch, Trump has publicly pleaded with his Justice Department to arrest both his presidential predecessor and would-be successor, Barack Obama and Joe Biden, as well as his 2016 opponent, Hillary Clinton.

But according to the Post, the lack of action by Wray — and by Barr as well — to provide an 11th-hour, Comey-like announcement of an investigation into Biden that could tip the election in his favor as it did in 2016 is driving his interest in naming a new, more loyal FBI director.