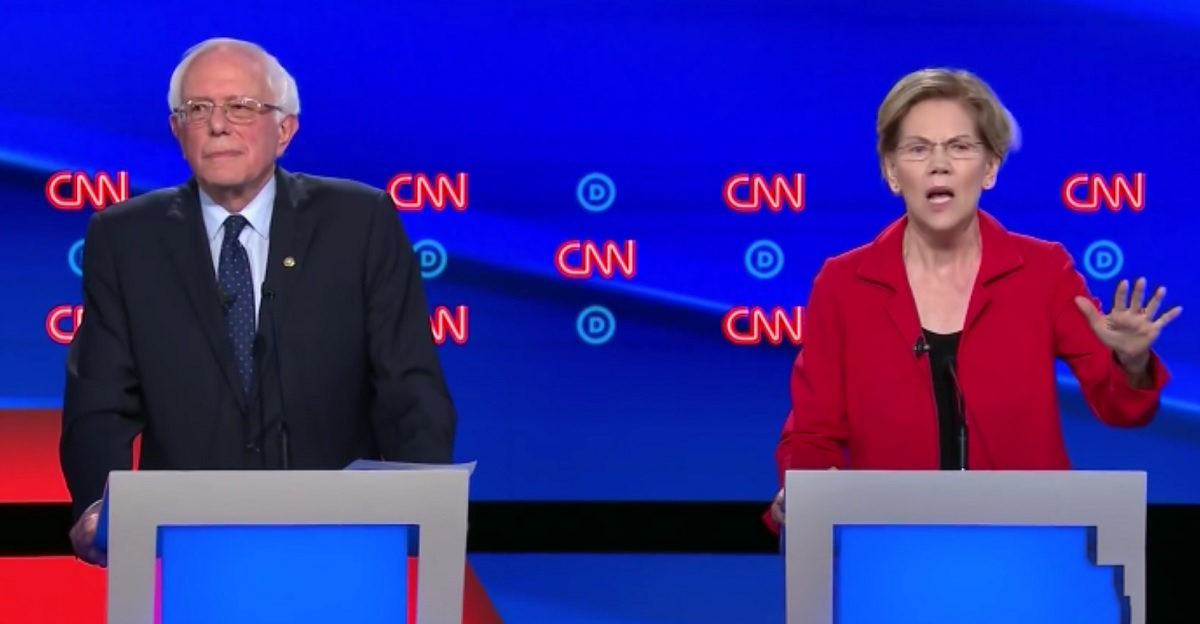 The Washington Post editorial board turned Massachusetts Senator Elizabeth Warren’s debate zinger against her and fellow Democratic presidential candidate Senator Bernie Sanders, torpedoing the progressive duo by asking “Why go to the trouble of running for president to promote ideas that can’t work?”

Warren scored perhaps the line of the night at Tuesday night’s CNN Democratic Presidential Debate when she responded to an attack from former Rep. John Delaney by musing “I don’t understand why anybody goes to all the trouble of running for president of the United States just to talk about what we really can’t do and shouldn’t fight for.”

In a scathing op-ed published Thursday night, the Post’s editorial board paraphrased that line to attack Warren and Sanders, specifically on the issue of the “Medicare for All” plan that Warren and Sanders support.

“(P)roposals should meet a baseline degree of factual plausibility — a bar that, for example, the Medicare-for-all plan that Mr. Sanders and Ms. Warren favor does not clear,” the board wrote. “Ms. Warren’s Tuesday night zinger was aimed at former congressman John Delaney (Md.), who had pointed out correctly that the numbers behind the proposal simply do not compute: The senators cannot deliver a system that provides far more benefits than other single-payer systems they claim as their model while preserving the level of care and access that insured Americans currently enjoy. They should make the case for a government monopoly on health care if they want, but they should be honest about the trade-offs.”

The piece went on to caution against the theory that reducing the influence of corporations on politics will lead to “radical change,” noting that “the United States is a vast, pluralistic country, and Congress will continue to reflect its ideological range.”

“Big donors and billionaires may exercise too much influence, but Democratic primary voters should be wary of candidates who use that fact to explain away all opposition to their ideas,” the board continued. “Even if you undid Citizens United and enacted campaign finance reform, sustainable policy in America would emerge only by means of principled compromise.”

The piece made no mention of Senator Kamala Harris of California, who recently released her own version of Medicare for All that she says will not result in higher taxes for the middle class, or of former Vice President Joe Biden, the frontrunner in the Democratic primary race.